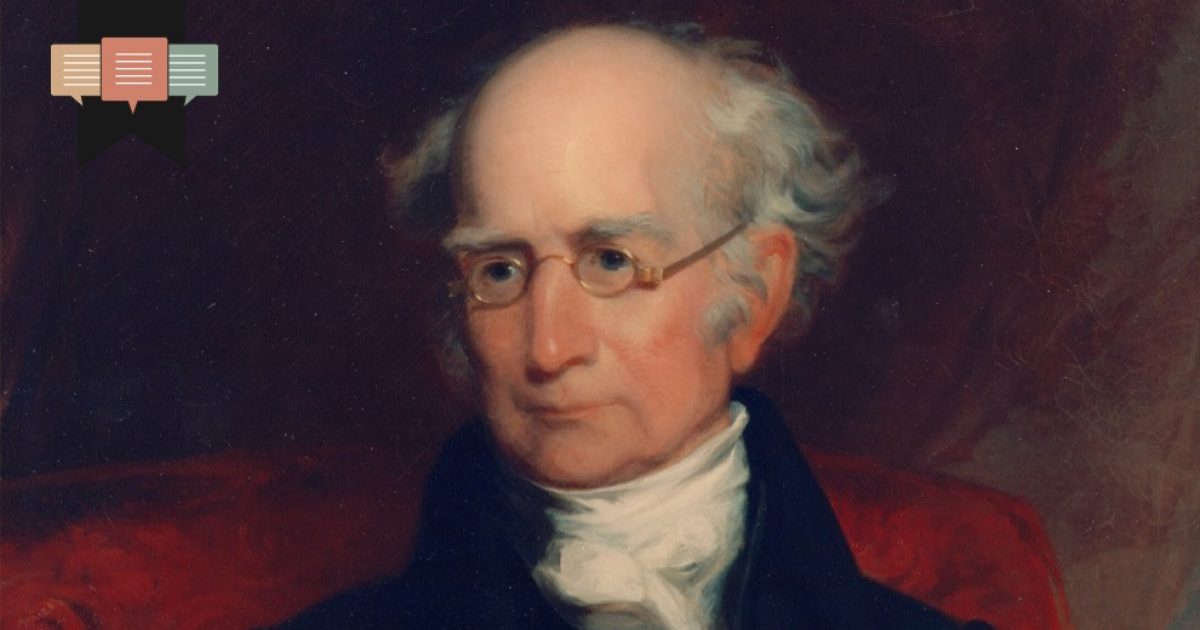 A call for “enlightened patriotism”

For several months, I have been reading a few pages a day during my devotional time of The Pastor: His Call, Character, and Work by teachers and friends of Old Princeton. Banner of Truth published the book last year, and all the addresses are worth reading. Samuel Miller’s chapter, “Holding Fast the Faithful Word”, is particularly striking. Miller was an Old School Presbyterian and was one of the first professors hired at Princeton Theological Seminary in 1813. Miller’s sermon, delivered August 26, 1829, at the installation of William B. Sprague at the Second Presbyterian Church in Albany, NY, is a detailed analysis of the importance of sound doctrine. The seventh point, in particular, deserves consideration as it provides a powerful and, dare I say, salutary form of what some might call “Christian nationalism.”

Let me make it clear that I am not jealous of claiming the term Christian nationalism. In fact, “recover” isn’t even the right word. As I have already noted, virtually the only people who talk about Christian nationalism are those who most strongly oppose it. I’m not trying to defend a term that I never used to use.

What is worth defending, however, is Miller’s vision of “enlightened patriotism.” He begins his seventh point by affirming that “the diffusion of sound religious doctrine through all classes of the community is one of the surest means of establishing and perpetuating our national privileges.” Miller believed that America was a God-given land of freedom.

“We often congratulate ourselves, my friends, on the free constitutions of government under which we are so happy to live,” Miller wrote. “Let our lot be cast in a land where the people, under God, are supreme; where we are not called to bend to the will of a crowned despot, nor to the oppressions of privileged orders; where we have no ecclesiastical establishments; but where, under governments of our own choosing and laws of our own making, all enjoy those equal rights to which the laws of nature and nature’s God entitle them. And we can congratulate ourselves and be grateful for these privileges. The great Governor of the world has acted like this with no other nation.

Of course, we can fault Miller for overlooking the plight of enslaved African-Americans with respect to the enjoyment of equal rights. (Princeton recently deleted
Miller’s name of his main chapel because, although Miller disliked slavery and wished for its eventual demise, he unfortunately owned slaves at one point in his life.) But don’t miss the most important point of Miller: He believed (and knew his audience also believed) that the United States was a nation especially blessed by God. The question then was how Christians and patriots should pass on these blessings to future generations and how we can “rationally hope that these blessings will be preserved inviolate and passed on to distant posterity.”

Although new voices of “infidel fanaticism” wanted to reject the religion of Christ and throw off the constraints of a religious and moral code, Miller insisted that without sound doctrine, Americans could not truly be moral. , and without morality they would be miserable. In making this argument, Miller was not much different from George Washington or John Adams or most founders, who believed that a free people required virtue and the inculcation of virtue required (a basic version of) the Christian faith. Miller called for “enlightened patriotism, as well as godliness,” to labor unceasingly to convey sound doctrine to all classes of people for the sake of “our beloved country.”

Importantly, Miller’s “enlightened patriotism” did not involve a state church (like Anglicanism in Virginia) or a Presbyterian establishment (like the Scottish Kirk). Any “kind of alliance between Church and State is forbidden and can never fail to become a curse for both”. Miller did not want an officially Christian nation, but he hoped for a demonstrably Christian nation. Indeed, he believed that sound doctrine was the best remedy for the health of the republic: “You cannot take a more direct and sure course to make the insidious demagogue contemptible, and to deprive the devout debauchee of the ambition with all his influence; inspire the love of freedom and promote the prevalence of the purest patriotism.

Miller’s prescription for America would not have been controversial in Albany, the Presbyterian Church, or almost anywhere in early 19th century America. Miller’s evangelical audience did not expect a reunion of church and state. At the same time, his audience was also not nervous about fully appreciating the priceless benefits of American autonomy and constitutional freedoms. Miller’s “Christian nationalism” – to use the disputed term – was not so much a political platform as the widely shared assumption that (1) Christians had good reason to be grateful to America, (2) Christianity was instrumental in the founding of America, and (3) Christianity had a key role to play in preserving and passing on the privileges that belonged to free Americans.

The dream was not a Christian takeover of government, but a nation founded on God-given freedom, shaped by Christian values, and filled with Christian teaching. “Christians! Ministers of the gospel! Here lies the fairest, the best, the only hope of our country!” Miller enthuses. precious destiny Spread Christian knowledge in all directions.