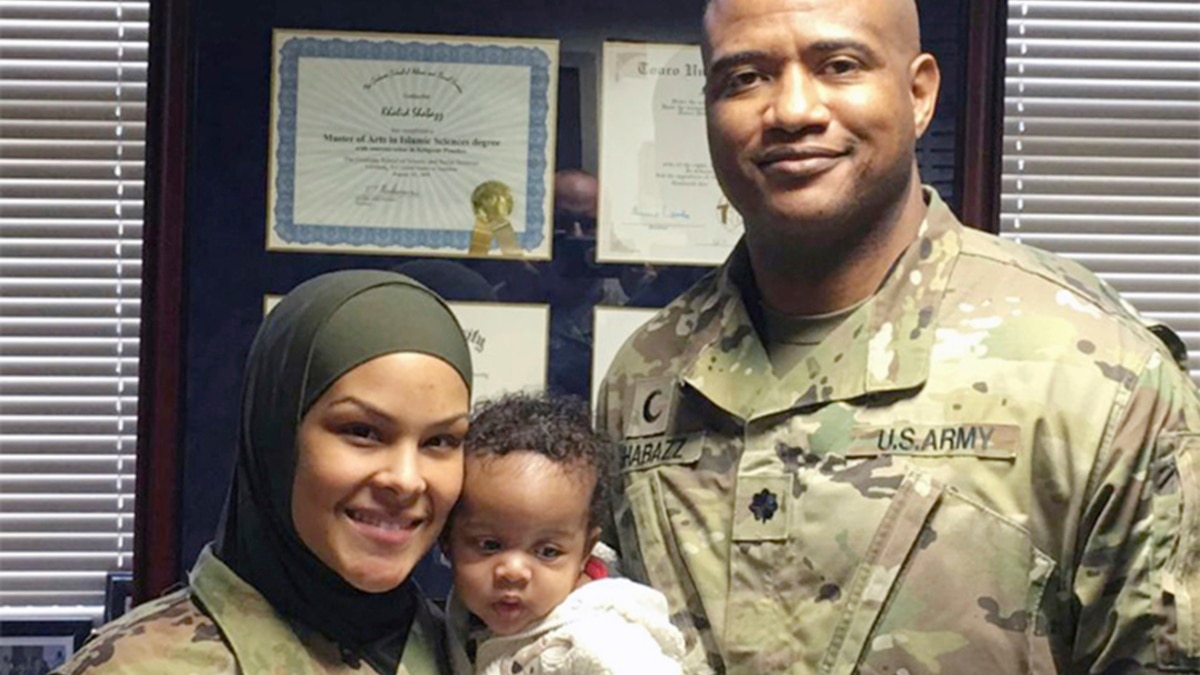 A Muslim chaplain talks about life in the US military

US Army officer Khallid Shabazz is one of a very small number of US military personnel. chaplains who are Muslims. Colonel Shabazz is also the highest-ranking Muslim chaplain in the US military, according to the Army Times newspaper.

Although he was very successful, Shabazz faced many difficulties in his life.

A chaplain is a person who performs religious services and gives help and advice to people.

Shabazz is command chaplain for US Army Central, the command responsible for land operations in the Middle East.

With his position as colonel, Shabazz is now responsible for tens of thousands of soldiers and oversees other chaplains. Like all military chaplains, he must be prepared to deal with soldiers of all religions.

“Most of my work is advice on national problems or ‘other kinds of difficulties’ and only one percent of my work is real religious counseling,” Shabazz explained.

Yet, in order to better understand the Christian soldiers who make up the majority of the army, Shabazz continued to study Christianity. He even earned a doctorate in Christian theology from the North Texas Theological Seminary.

Shabazz became a Muslim in his youth. He believes his experience with both religions has helped make him a better chaplain.

Shabazz has had success despite difficult times in the past.

As a child, Shabazz was sexually abused by a family friend – an experience, he said, that made him an angry young man.

When he first went to college, he said, he befriended the wrong crowd. He started drinking and partying and often found himself in violent disagreements. It was during one of these drunken fights that he was beaten and shot in the back.

He survived but decided to suspend his studies. He returned to Louisiana, his country of origin. The only job he could find was as a cleaner in a department store.

With few choices available to him, Shabazz joined the military.

It was there that he first read The Autobiography of Malcolm X.

“I found a lot in Inspire me in her story,” Shabazz said. He added: “I wanted to be educated and stand up for something bigger than myself. So I decided to become like Malcolm…”

Shabazz’s new identity as a Muslim emerged in the early 1990s. The change was not welcomed by all. He faced discrimination from other soldiers and discontent from his Christian family. He was ready to leave the army.

Then he met an army chaplain. The officer persuaded Shabazz not only to stay in the army, but to become a chaplain himself.

Shabazz became a chaplain in 1998, having studied Arabic in Jordan along the way. He also earned two master’s degrees from universities in Connecticut and California.

Shabazz says there are five Muslim chaplains in the army, three in the air force and one in the navy.

Shabazz added that there was still work to be done. Unlike other religions, Shabazz said, he hasn’t encountered any Muslim chaplain assistants — officers who help chaplains in their work.

But, he said, “it’s easier now to be a Muslim soldier in the army than when I started.”

I am John Russell.

words in this story

Inspire – v. to make (someone) want to do something: to give (someone) an idea of ​​what to do or create

advice — n. the advice and support that is given to people to help them deal with problems, make important decisions, etc.

national — adj. relating to or involving someone’s home or family

theology – nm the study of religious faith, practice and experience