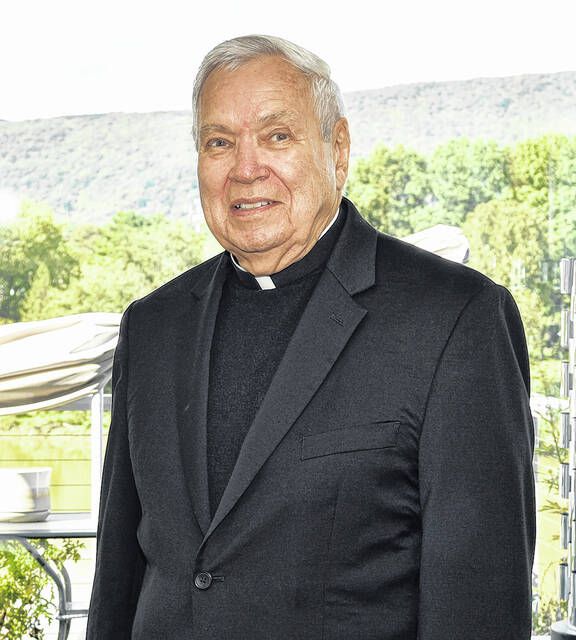 PITTSTON – Native of West Pittston, Mgr. John Jordan, a retired Jesuit priest, is honored at the NativityMiguel 2021 Tribute Dinner on Thursday, October 28 at the DeNaples Center at the University of Scranton. Sandy Insalaco is president of the event.

NativityMiguel, formed in 1971, is a school system made up of two separate entities, Nativity by the Jesuits and Miguel by the Christian Brothers, to educate mainly disadvantaged immigrant children.

Upon retirement, Jordan, now 79, moved to northeastern Pennsylvania when he was again approached about opening a school for the under-served. He accepted and the NativityMiguel School of Scranton began to form in 2012.

“We met with the four (regional) colleges, the members of the medical schools and we told them, what can we do,” Jordan explained. “Colleges and universities invested money early on, and we did a study and decided there was a need. “

The first school was opened in 2015 at Temple Hesed, a Jewish synagogue near Lake Scranton, followed by a move to Marywood University and remains there today. The school welcomes children from the fifth to the eighth grade.

“We now have five graduate classes and those kids who have completed have been accepted to Holy Cross, Scranton Prep and Wyoming Seminary,” Jordan said. “After leaving NativityMiguel, we have a Graduate Support Mentor in our program who follows each student to check on their progress. “

In addition to preparation, seminary and Holy Cross, students have been accepted to Milton Hershey School and Episcopal High School in Virginia.

Jordan is proud of the school’s success and the progress it has made in such a short period of time, and now he is being honored for his work in education, especially the NativityMiguel network of schools as well as the school of Scranton.

NativityMiguel graduates received over $ 3 million in scholarships and financial aid during their four years of high school.

Jordan said he was honored by the recognition, but he also knew the dinner was a big fundraiser for the NativityMiguel program. He knew there was only one person who could chair the event to make it a success and that was Sandy Insalaco.

Insalaco, a very successful businessman, along with his brothers, enjoyed enormous success in the supermarket business operating 12 stores in northeastern Pennsylvania before selling their chain in 1993. Since then, Insalaco, aged 82 years old, is still very active in business with real estate, a water company and other businesses.

Insalaco, a full-fledged philanthropist and former administrator of Misericordia University, has set himself a goal as president of the NativityMiguel Tribute Dinner at $ 225,000.

According to Ariel Bzdick, head of the NativityMiguel sales office, the goal is within reach.

For more school or dinner information contact Bzdick at 570-955-5176 or to purchase dinner tickets go to https://tinyurl.com/3ahx3az3.

Past winners of the NativityMiguel Dinner Tribute have been David and Ann Hawk (Gertrude Hawk Chocolates), PA Senator Bob Casey and Reverend Herbert B. Keller, SJ (former President of the University of Scranton).