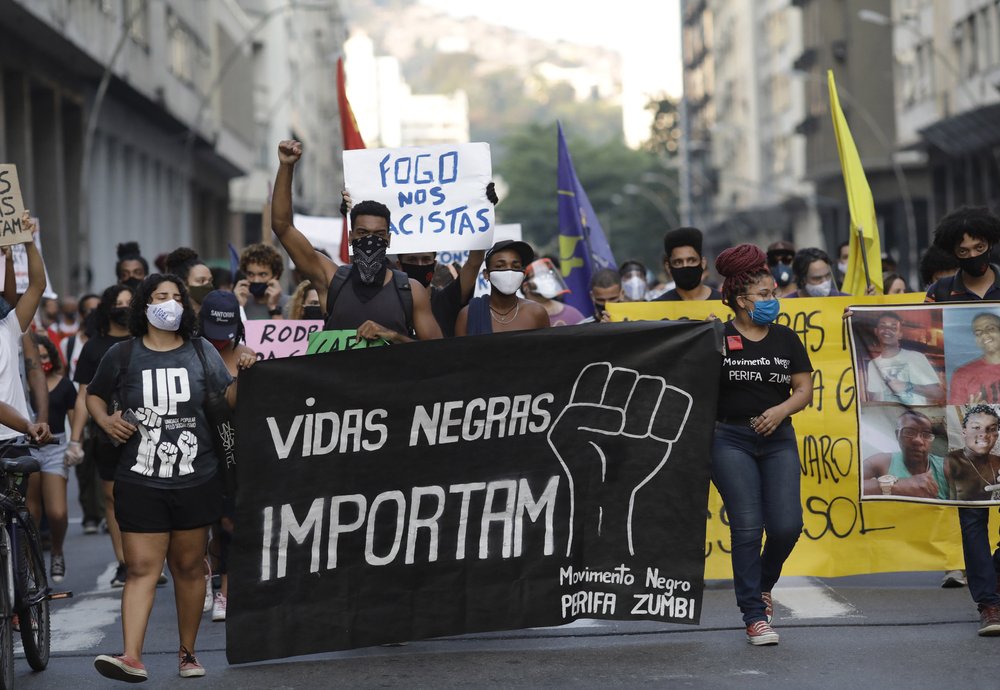 SÃO PAULO – The Brazilian delegation to the international Economy of Francesco meeting from September 22 to 24 in Assisi will include a group of black activists whose objective is to highlight the importance of debating racial issues associated with potential economic transformations.

Connected to Educafro, a non-governmental organization that works for the inclusion of Afro-Brazilians in higher education, the delegates will deliver a letter to Pope Francis regarding the difficulties faced by black people in Brazil and asking him to take measures to deal with the situation.

“Pope Francis has a prophetic voice. By showing his commitment to the struggle of the Afro-Brazilian people, he will certainly have an impact on institutions, government and society,” explained Franciscan Father David Santos, founder of Educafro.

The document recalls that all Latin American economies were based on African labor for centuries during the colonial era and that the Church was part of this process, since most religious congregations in Brazil and elsewhere owned slave plantations. Since the abolition of slavery in 1888, the letter continues, blacks have become cheap labor and the economic disparity with whites is significant.

“Unfortunately, the Brazilian church has not changed much since colonial times in the way it treats Afro-Brazilians. It is an eminently racist institution and needs help to adopt a more responsible attitude towards black people,” Santos said.

The letter to the pontiff points out that Catholic schools, which are the most numerous among private schools in Brazil, have a low proportion of black students: no more than 5% – while blacks represent 56.2% of the population. The priest said it is something that reinforces the idea that “the Church is one of the main forces behind systemic racism” in the South American nation.

Educafro will ask Pope Francis to draw the attention of all bishops and cardinals in Brazil to the importance of taking reparation measures, including ensuring that at least 30% of students in every Catholic school and university are black.

The NGO will also ask the pope to help the Brazilian Church “reflect and convert by revising centuries-old practices that have led to systemic racism”, such as the tradition of sending most black priests to poor parishes and appoint few black bishops.

The organization will also ask the Pope to send a letter to all Brazilian presidential candidates – the elections will take place on October 2 – asking them to include in their political platforms positive policies against racism and poverty, and to prevent the persecution, violence and murder of black politicians in the country.

Earlier this year, Freitas took part in an anti-racism protest that ended in a church in Curitiba. Originally built by African slaves and freedmen who were part of a black Catholic fraternity, the church is a traditional meeting place for the city’s Afro-Brazilian activists.

The protest inside the church shortly after a mass drew criticism across the country. The Archdiocese of Curitiba initially issued a statement repudiating the protest. But after the case led to impeachment proceedings against Freitas, the Church took his side, asking his colleagues not to revoke his term. Eventually, he was impeached and removed from office.

With his term lost and barred from running for office, Freitas is one of the members of the Brazilian delegation to the Economy of Francesco event.

“There is no proactivity on the part of the Church when it comes to confronting systemic racism, and the case of Freitas is a good example of this,” said Samuel Emílio, a black activist and former coordinator of Educafro.

“We expected the Church to strongly mobilize society to respond to the political persecution against Freitas, but that never happened,” he added.

Emílio noted that the debate on racial issues is secondary in the program of Francesco’s Economy event.

“These issues must be promoted by the Church as a priority. We need more courage from the Church to address racial inequality,” he said.

“People from other countries who will attend the event seem to be more focused on environmental and gender issues. I think it’s up to us in Brazil to push the racial theme to come up with a truly transformative new economy,” de Assis said. Node.

She said it was a good time to discuss a more humane economy, given that “most companies are thinking about and implementing socially responsible policies within the ESG agenda.”

“In the private sector, racial issues have progressed as part of the ESG movement. We want to collectively reflect on these topics at the event and then bring this knowledge back to the Brazilian church, thinking about ways to push in this direction,” de Assis said.

Santos said now is the time to change the Church.

“The Church must change its mentality and respect Afro-Brazilian Catholics before they all decide to migrate to evangelical churches, where they feel more comfortable and see the possibility of becoming leaders,” said the priest.