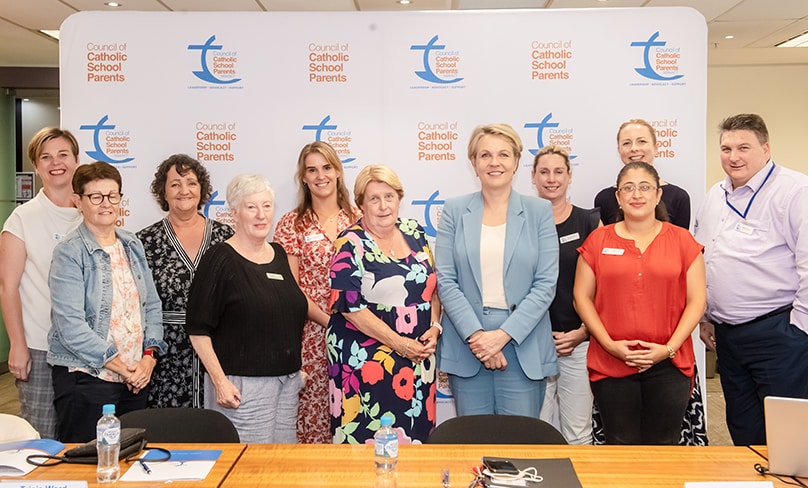 The Labor will make no changes to funding for Catholic and independent schools and will have an ‘open door’ policy for Catholic schools if they are elected to government in the 2022 elections, shadow education minister Tanya has said. Plibersek, at a meeting of the NSW/ACT Catholic Parents’ Council.

“Work supports parents’ choice. We will not make any changes to funding for Catholic and independent schools. You will continue to receive 100% of the school resource standard,” Ms Plibersek said at the CCSP NSW/ACT council meeting on March 4.

“But our goal is also to bring public schools to 100% of the school resource standard, not at the expense of other sectors but in addition to other sectors. We must work with States and Territories to achieve this.

“Catholic and independent schools currently receive most of their funding from the federal government, while public schools receive most from the states.”

The school resource standard is an estimate of the public funding a school needs to provide an equitable quality education to students. Catholic and independent schools currently receive the bulk of their funding from the federal government, while public schools receive the bulk from the states.

Ms Plibersek told CCSP NSW/ACT they would ‘always have an open door if I am Minister for Education’.

“I think we have done well since I was shadow minister and that would certainly continue if we were elected,” she said.

Labor pledges $440 million in funding for education if elected this year, of which $50 million will go towards upgrading schools to COVID-19 public health standards.

$200 million in discretionary funding would also be made available to schools to respond to mental health issues in the wake of COVID-19 lockdowns, amounting to about $20,000 for the average school.

“I think in terms of funding, it’s really, really important that the Catholic sector is seen as a partner in education and providing education for the whole community.”

Council members from the Archdiocese of Sydney and the Dioceses of Broken Bay, Wilcannia-Forbes, Maitland-Newcastle, Armidale, Bathurst, Lismore, Parramatta and Wagga Wagga also had the opportunity to ask questions and share their comments to the Shadow Education Minister. .

CPSC President Wayne Davie said it was incorrect for the Catholic school sector to be seen as a competitor to public schools.

“I think in terms of funding, it’s really, really important that the Catholic sector is seen as a partner in education and providing education for the whole community,” Davie said. .

Vice President Cheryl Murphy asked how the Labor Party would “better help Catholic schools to be more accessible to students with diverse learning needs and support them in their educational journey”.

Ms Plibersek said it was the ‘least developed area of ​​school funding’ and it breaks her heart when families are told their local schools cannot accommodate their children with learning needs special or disabilities.

Labor has stepped up efforts in recent months to engage with the Catholic Church and its agencies ahead of the election campaign, with Ms Plibersek describing her own upbringing as “very Catholic”.

“I think it’s absolutely true that Catholic values ​​of social justice and Labor values ​​are two sides of the same coin.”