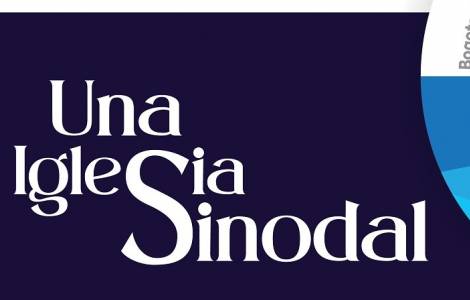 Bogota (Agenzia Fides) – The Plenary Assemblies of the Episcopal Conferences of Paraguay, Colombia and Venezuela will take place this week. From Monday July 4 to Wednesday July 6, the bishops of Paraguay will participate in a spiritual retreat, which will be followed by the Ordinary General Assembly, from Wednesday afternoon July 6 to Friday July 8. The coordination of the spiritual retreat was entrusted to Mgr. Pierre Jubinville, bishop of San Pedro and vice-president of the episcopal conference. Among the issues addressed by the Assembly – informs the note sent to Agenzia Fides – are the Ecclesiastical Faculty of Theology, the report of the National Major Seminary, the process underway for the implementation of the Guidelines on the Ministry of Catechism and the Ministry of Acolyte and Reader for Women. The Bishops will also hear reports from the Ministry of Education and Human Mobility. On Friday, July 8, the plenary session will meet until 9:30 a.m., then it will move to the cathedral to participate in the imposition of the pallium given by Pope Francis to the Metropolitan Archbishop of Asunción.
The Plenary Assembly of the Colombian Episcopate will be held in Bogotá from July 4 to 8, which, as usual, will bring together all the archbishops and bishops of the country to reflect on important issues such as the social reality of the country and the pastoral work of the Colombian Church.
The Synod on Synodality will be the starting point and the center of reflection of this Assembly, during which the voices of all the regions of the country will be heard. The Bishops will receive the national summary of the synodal consultation, which took place in all the jurisdictions of the country, and will make their contributions to it. They will also reflect on the options of the Episcopal Conference of Colombia for the Jubilee of Redemption, in the year 2033. Also from July 4 to 8, the Venezuelan Episcopate will meet in its Ordinary Plenary Assembly, during which the National Summary of Contributions for the Synod on Synodality will be presented and other topics relevant to the life of the Church and society will be discussed.
Among them, synodality in the Venezuelan episcopate; synodality with the Venezuelan Conference of Religious and the National Conference of Laity; and the challenges after 15 years of Aparecida. The Assembly will begin on Monday, July 4, with Eucharistic Adoration led by Monsignor Mario del Valle Moronta Rodríguez, Bishop of San Cristóbal and First Vice President of CEV. Then Monsignor Jesús González de Zárate, Archbishop of Cumaná and President of the CEV, will inaugurate the events, which will last until June 8, when a press conference will be held before the celebration of the II National Pastoral Assembly, from July 8 to 10. (SL) (Agenzia Fides, 4/7/2022)