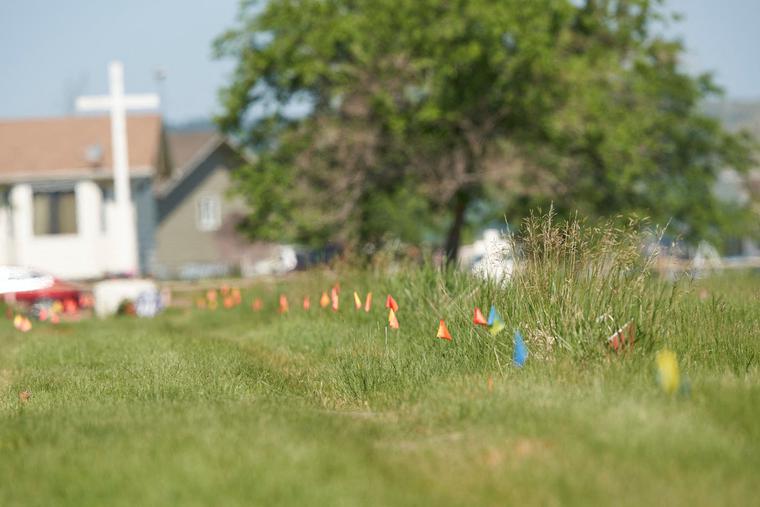 COMMENT: They are a continuation of the ongoing reconciliation process due to the Catholic Church’s involvement in Canada’s assimilationist policy of residential schools for Indigenous children.

Canadian Indigenous leaders will meet with Pope Francis for four hours over three days this week in Rome. The papal meeting is the latest step in a decades-long “reconciliation” process, as it is known in Canada, dealing with the colonial period and the start of confederation.

While American Catholics are aware of similar controversies related to Saint Junipero Serra – canonized in 2015 after Pope Francis waived the usual demands – the background of this Canadian delegation is less well known.

In 2021, Canada experienced something akin to the Black Lives Matter phenomenon of 2020. The number of protests was not as large, but the public anger was intense. The cause was the discovery of unmarked burial sites – not mass graves, as has been erroneously reported – in boarding schools for Indigenous children. The painful legacy of residential schools has been awakened.

Children were not killed, but died in schools – tuberculosis often the culprit, as well as poor health care in remote areas.

The Canadian government’s residential school policy removed children from their families to attend schools where assimilation was the official goal — “killing the Indian in the child,” in the infamous words of the time. Indigenous languages ​​and cultural practices were suppressed.

While it was government policy, with near universal support in the late 19th century, most schools were run by churches, as they were the only institutions with people willing to serve in isolated areas in poor conditions. Most Church-run schools were Catholic, and most Catholic schools were run by the Missionary Oblates of Mary Immaculate.

In the roughly century that the schools operated, some 150,000 children attended them.

In the 1980s, adults who had attended the schools began recounting their experiences there, including harrowing accounts of emotional, spiritual, psychological, physical and sexual abuse.

The Church responded with a full apology.

The Oblate apology did not mince its words:

We apologize for the role we played in cultural, ethnic, linguistic and religious imperialism which was part of the mentality with which European peoples first encountered indigenous peoples and which has always hidden behind the how Indigenous peoples in Canada have been treated by civil governments and by churches. We were naively part of this mentality and were, in fact, often a key player in its implementation.

In sympathy with recent criticisms of residential schools, we would like to apologize for the role we played in establishing and maintaining these schools. We apologize for the very existence of schoolsrecognizing that the greatest abuse was not what happened in the schools, but that the schools themselves happened, that the primary bond inherent in families was violated as a policy, that children were been usurped from their natural communities.

Since the early 1990s, there have been repeated apologies in the same vein from all levels of the Church in Canada, many of which are part of the government-appointed “Truth and Reconciliation Commission” (TRC). federal. The TRC reported in 2015.

In 2008, then-Prime Minister Stephen Harper issued a formal apology in the House of Commons on behalf of the Government of Canada. The other national churches involved – Anglican, Presbyterian and the United Church of Canada – had issued their national apologies earlier. In 2009, a delegation of Indigenous leaders met with Pope Benedict XVI in Rome, at which time the Holy Father apologized for what so many Indigenous children and families had suffered.

At this gathering, Phil Fontaine, National Chief of the Assembly of First Nations, delivered one of the most profound speeches ever delivered on the history of Church-Indigenous relations:

Today is a happy day for the human spirit. This is a momentous day for our people and for our country, Canada…

The Catholic Church has always played an important role in the history of our peoples. Priests and nuns were among the first Europeans to arrive on our shores. Our ancestors taught newcomers how to survive the cold, how to live off the land, and how to navigate the vast continent. They taught them various beautiful languages, including those of the Mig’maq, Anishinabe, Cree and Dene. In return, the missionaries built schools, churches and hospitals, not only in the cities but also in the remote areas of the country where our people lived.

Catholics recognized the deep spirituality of our peoples and introduced a faith to which many indigenous peoples devoutly adhere. However, what brings us here today is the failure many years ago of Canada and religious authorities to recognize and respect those who did not want to change — those who wanted to be different.

For reasons rooted in the imperfections of the human condition, the highest levels of authority in Canada came to believe that our Indigenous cultures, languages ​​and cults were not worth preserving and should be eradicated.

To implement this belief, the Canadian government adopted the policy of forcibly removing Indigenous children from their families and communities and placing them in residential schools under the care and control of members of Catholic entities and other churches.

The entities of the Catholic Church thus became part of a tragic plan of assimilation that was not only doomed to failure but destined to leave a disastrous legacy in its wake. Many children died in these schools, alone, confused and deprived. Countless others have been physically, emotionally and sexually abused. The fabric of family life for thousands of our fellow citizens, young and old, has been shattered.

We have suffered needlessly and tragically. So much has been lost for no good reason.

The Catholic Church, too, was harmed by the residential school experience. Many good and decent men and women of faith have been defiled and insulted because of the wicked acts of some. The hundreds of years of goodwill and hard work of courageous and committed missionaries have been undermined by the misguided policy that Catholic priests and nuns have found themselves following. The reputation of the Catholic Church was impoverished. This too was tragic.

But today is a new day. We are here in the Vatican in your presence Most Holy Father, to change this sad history. Our struggle has reached a decisive moment. While the past should never be forgotten, our destiny is to build a future with lasting foundations, the cornerstone of which must be forgiveness.

The great efforts of indigenous leaders and Catholic religious orders and bishops bore fruit at this meeting at the Vatican in 2009. At the time, he was widely seen as having “closed the book” on the issue of apologies.

Then, in 2015, the TRC called for Pope Francis to come to Canada “within a year” to issue another apology. The TRC took a more radical line in its report, calling Canadian policy “cultural genocide” and churches complicit. After the TRC report, the idea that Canada itself was an illegitimate enterprise took hold in the cultural establishment, much like the “1619 Project” of The New York Times compared to slavery.

While local-level relations between Catholic dioceses, religious orders and indigenous communities are often excellent across the country, at the political leadership level there is more friction. Indeed, the rhetoric of the current leaders of the Assembly of First Nations suggests that it would have been better if the Christian missionaries had never come.

In light of all this, it was decided to organize another papal meeting to renew and deepen what had happened in 2009. It was planned for 2020, but was delayed by the pandemic. During this delay, the discovery of graves in 2021 has brought the issue back to the fore and under public tension. Thus, the meeting with Pope Francis took on increased importance.

The meetings will be followed closely in Canada. What the Holy Father has said previously about the Catholic treatment of indigenous peoples in Latin America (Bolivia 2015, Mexico 2021) suggests that he will apply the same approach in Canada.

Last fall, the Holy Father indicated his willingness to visit Canada for the purposes of Indigenous reconciliation. This trip, not yet announced, should take place this year.

Meetings with Pope Francis are scheduled to take place today, Thursday and Friday.