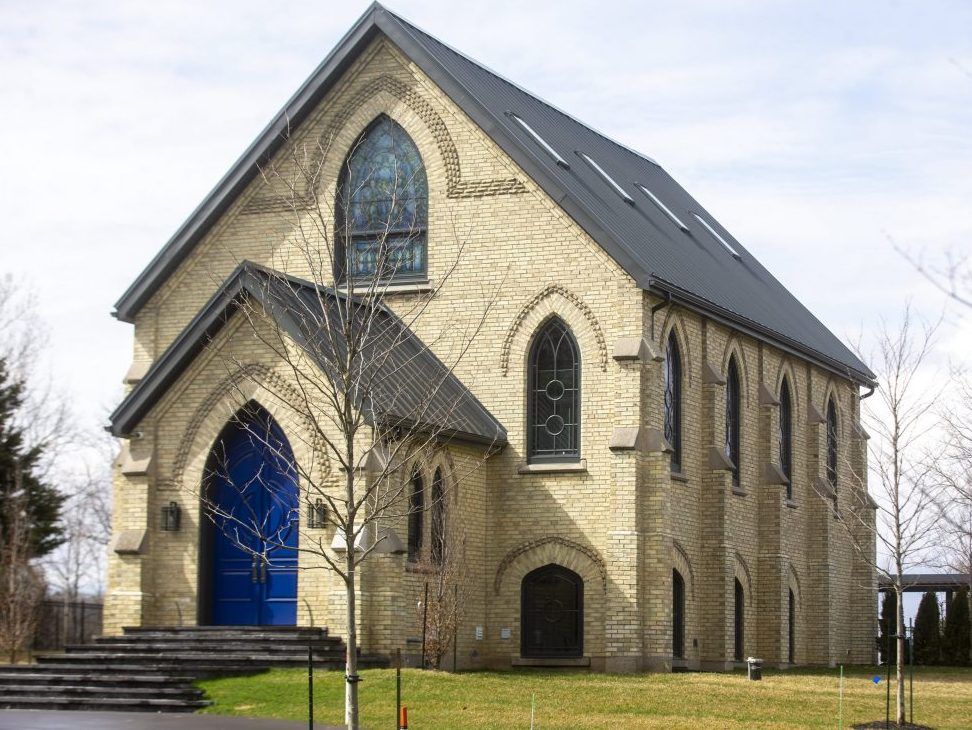 And the winners of the London Heritage Awards are . . .

Presented by the London branch of the Architectural Conservancy Ontario and the Heritage London Foundation, the London Heritage Awards honor structures that are, quite simply, well preserved. This year marks the return of the ceremony to an in-person model, which will take place on Friday evening at the Museum London. This year’s winners are a diverse group of structures and represent “a large span of the big . . . simple and delicious,” in the words of Susan Bentley, Chair of the Awards Committee.

Emily Yu and Chen Ling: “Replacing the dilapidated and damaged windows of this historic house with replicas successfully ensures that the house retains its heritage appearance. Windows are often overlooked as a heritage feature and too often replaced with vinyl windows, substitutes that completely change the character of a building,” the organizers said in their citation. The house is located in the Old North.

Melanie Caldwell: “When I undertook the task of restoring the gable of my 1892 Ontario cottage in the Old East Village, it was a project of love and admiration for the original character of these founding neighborhoods of our city ; I wish I could restore every little cottage I come across,” Caldwell said when told of the price.

Leif Harmsen and Mario Longtin: The renovation of this Ontario cottage, built circa 1869, retains original details such as elaborate plasterwork on the ceiling. Part of the job was to free up windows that at some point in the house’s history had been painted closed. Layers of decaying carpet, linoleum and underlay were stripped from the hardwood floors. Located in the central neighborhood of Woodfield.

Greg and Wendy Lanctot: A “beautiful example of renovation that constantly references all original features”, the transformation of this 1880 Gothic revival house included a careful painting of the exterior – which brought the house back to its Victorian roots, adding interest and depth to the Wortley Village streetscape.

Allan Avis Architects: The massive overhaul began in 2017, with updates including the creation of a new roof. “It’s a very significant building in London,” Bentley said. “The whole slate roof has been replaced which is a huge cost and undertaking.” The seminary was originally built of Credit Valley stone in 1936. “The project is a highly successful example of subtle change, generous restoration and imaginative adaptation,” said the prize organizers.

The church house at Birr

Architect Brad Skinner, General Contractor Rebel Creek Construction: “This superb adaptation shows the skills of an accomplished architect as well as the construction expertise the owners received from a family member during the restoration process”, noted the organizers in their citation. Originally a 1901 United Church building, this adaptation of the original structure retained design elements such as interior roof beams and stonework.

Architect Julie Michaud: Located on the site of the recently demolished Lorne Avenue School, the park has been cited for its community and ecological features, including the original 1875 school bell. It has been praised for its fort historical and educational theme.

Craig Hansford: Unlike other awards, this award recognizes a new building. The developer was singled out for using design details such as decorative brickwork, a period-style front door and sheltering porch, which blend into the streetscape of the Old East Heritage Conservation District Town.

Mark and Barb Hamon own this house at 75 Langarth St. E. in the Old South area of ​​London.

Jennifer Grainger has been recognized as “a passionate and determined advocate for heritage preservation. The author of several books, she is known as a heritage leader and is also the author of Jenny’s London Ontario, a heritage blog.

Tragically, architect Gerald Gallacher passed away after a short battle with cancer in 2021, and the heritage community deeply feels his absence. Among his accomplishments: He played a leading role in the adaptation of Info Tech’s award-winning headquarters on Ridout Street downtown. He was also instrumental in the design of Museum London’s Center at the Forks.

Sign up to receive a curated collection of links and highlights from our award-winning news coverage, in-depth analysis and unrivaled weekday noon investigative features.

Thank you for your registration!

A welcome email is on its way. If you don’t see it, please check your spam folder.

The next issue of LFP Noon News Roundup will soon be in your inbox.

We encountered a problem during your registration. Try Again

The Bishop vs Worcester Catholic School