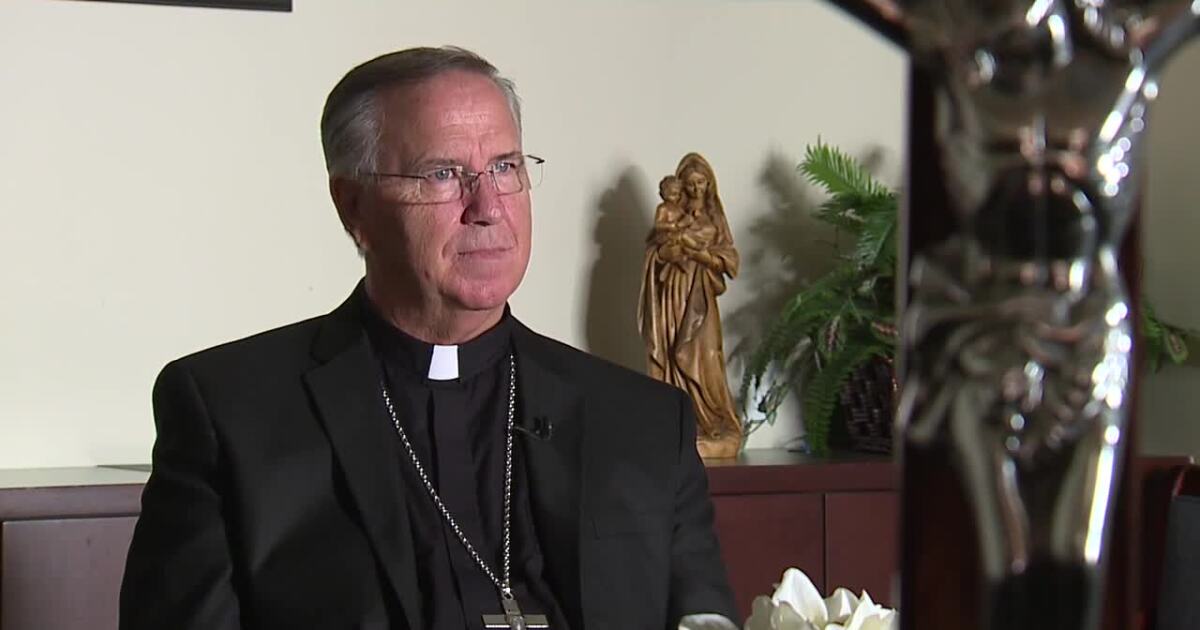 In an exclusive interview with ABC15, Bishop John P. Dolan of the Roman Catholic Diocese of Phoenix spoke about his plans to open a mental health ministry.

He says it’s a beacon of hope for the more than one million Catholics who live in Arizona.

“We are in the process of establishing an office for the Catholic Ministry of Mental Health in the Diocese of Phoenix“, he told ABC15.

It would be a first in Arizona and, according to Bishop Dolan, it will change the lives of many people across the state.

“The Office of the Ministry of Mental Health will not only focus on suicide. It will focus on the full range of mental health issues,” he added.

The diocese held a historic mass of remembrance for those who committed suicide on September 4, 2022.

“It went from 100 to over 1,000 names in just a few days, and it became clear to me that this was really something we needed,” Bishop Dolan said.

He hopes this ministry, like the Mass of Remembrance, will contribute to the effort to help break the stigma around mental health, because to him, it’s personal.

“It was very dear to my heart, as my own family suffered from mental health issues. My brother Tom died by suicide. He was 19 years old. In his particular case, he was struggling with mental illness, but we didn’t know that. We thought he was just acting.

“In my freshman year in seminary, we were all expecting my sister Therese and her husband to come to Thanksgiving dinner, but they didn’t come,” Bishop Dolan told ABC15.

Thérèse committed suicide the day before, she was 27 years old.

Her husband, Joe, could not bear to tell Bishop Dolan’s family and committed suicide that morning.

“It was very difficult for me because I just didn’t talk about it. We just didn’t,” he said.

Young Dolan, at this point, was at a loss for words but he knew he was ready for change.

A change we are now seeing in Arizona.

“Oh yeah. So now of course I think it’s time to start talking about it because I think it affects everyone on many levels,” Bishop Dolan replied.

Ultimately, he hopes this new ministry will serve to heal the community and…

“To save lives, but also to understand that if lives cannot be saved, we can still communicate, talk and walk with each other,” he said.

Bishop Dolan tells ABC15 he hopes the office will be set up and start as early as next month, but if not by then…certainly by the end of the year.