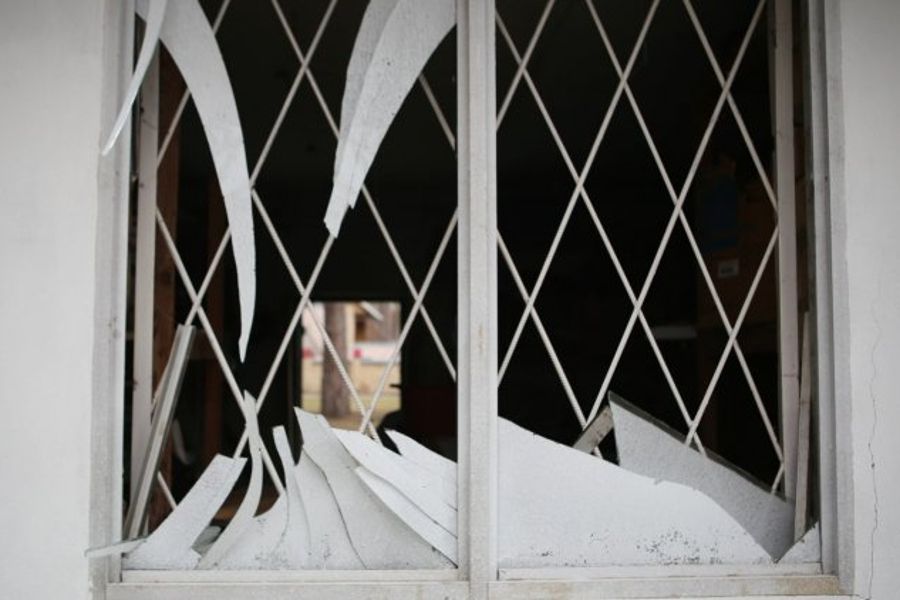 The support of the pontifical foundation should allow the reopening of the Major Theological Seminary of the Sacred Heart of Jesus in September.

A Catholic charity announced this week that it would fund the restoration of a Ukrainian seminary looted by Russian forces.

Aid to the Church in Need (ACN) said on May 9 that it planned to cover the cost of repairing buildings and replacing stolen furniture and equipment at the Catholic seminary in Vorzel, 29 kilometers from the capital kyiv.

The support of the pontifical foundation should allow the reopening in September of the major theological seminary of the Sacred Heart of Jesus, seven months after 25 seminarians were forced to flee the Russian advance in northern Ukraine.

ACN made the announcement after representatives visited the Latin Rite Seminary Kyiv-Zhytomyr Diocese and met its rector, Father Ruslan Mikhalkiv.

“They took everything they could. Kitchen utensils, washing machines, computers and air conditioners. The rooms of the seminarians were ransacked and they took away liturgical objects, including a chalice offered by Saint John Paul II when he visited Ukraine in 2001″, Father Mikhalkiv mentioned.

Priests and students evacuated the seminary after Russia launched its full-scale invasion of Ukraine on February 24. They found refuge in a nearby diocese.

Russian troops reportedly looted the seminary in mid-March. According to local witnesses, the soldiers spent two nights at the site.

After the Russians abandoned the area, a small group led by Father Mikhalkiv returned to the seminary, near the town of Bucha.

The damaged statue of Our Lady of Fatima at the Sacred Heart of Jesus Major Theological Seminary in Vorzel, Ukraine. Private archives.

The priest previously described how he discovered a broken statue of Our Lady of Fatima in the dining hall of the seminary. After considering various theories as to how it was damaged, he said he “felt it had been a stroke of the devil to the Blessed Virgin Mary”. He linked the damage to the whole world act of consecration from Ukraine and Russia to the Immaculate Heart of Mary, which took place around the same time.

Magda Kaczmarek, Ukraine Projects Manager for ACN International, said: “Since the beginning of the war, we have given our full support to the local Church of both rites, Latin and Greek Catholic. First with emergency support in war zones, and for refugees in the west of the country.

“Thanks to our benefactors, we have financed the transport costs, vehicles and extraordinary activities of priests and religious in the affected territories.”

“Furthermore, in a second phase, we helped the parishes and monasteries in Ukraine that opened their doors to refugees, providing them with material and spiritual support.”

“In a third phase, and as far as we can, we want to help repair the damage.”

ACN has a long-standing connection with Ukraine, a predominantly Christian Orthodox country in Eastern Europe, helping to fund the training of seminarians.

Father Mykhalkiv said, “We will be very grateful to ACN if our seminarians manage to come back in September.