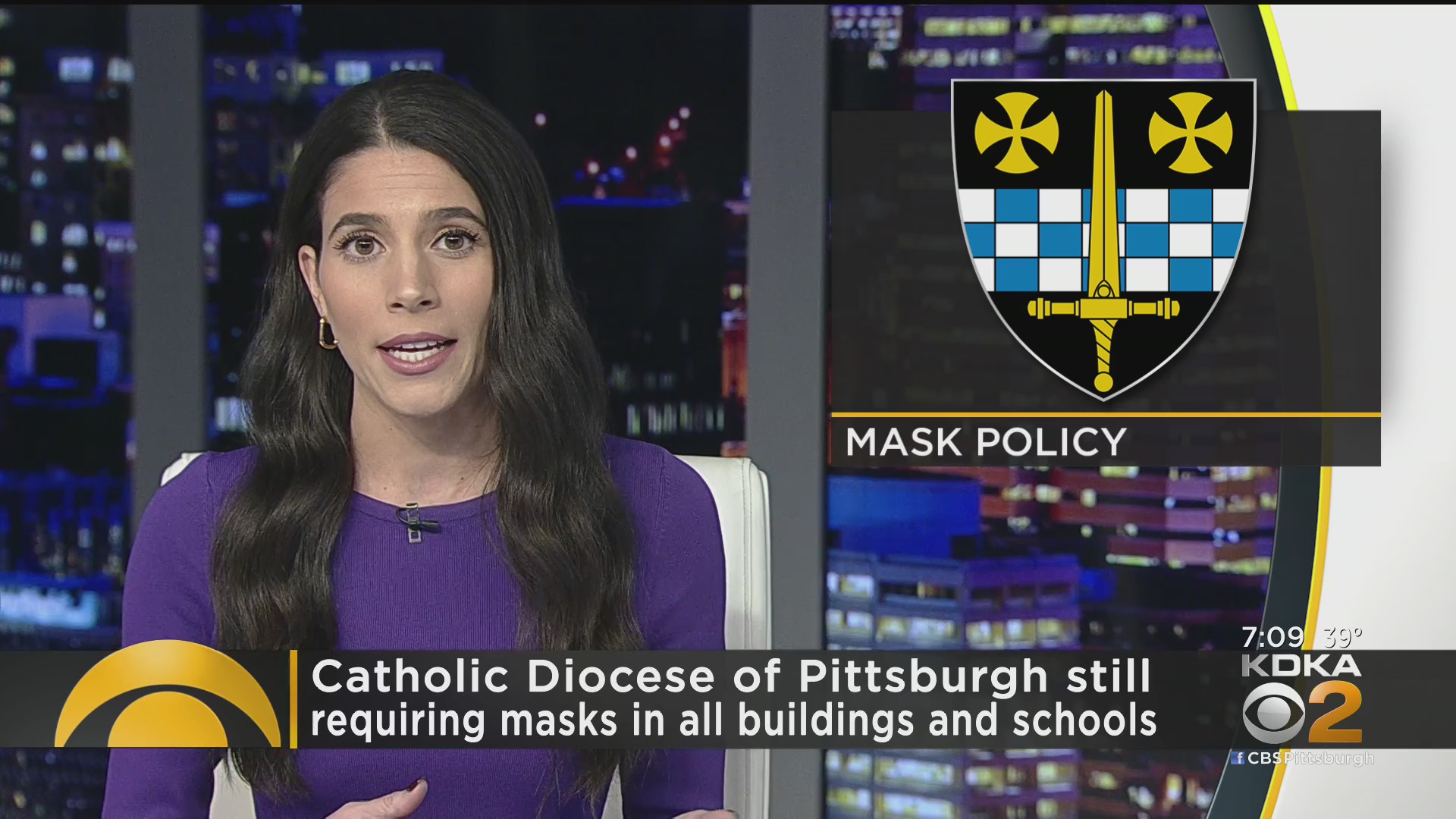 Continuous term of the mask of the Catholic DioceseAll Catholic schools in the Diocese of Pittsburgh will continue to require masks in school buildings.

Rankin Police Firearms BuyoutIn an effort to get guns off the streets and prevent unnecessary violence, Rankin Police hosted a gun buy-back event on Saturday morning. KDKA’s Bryant Reed has the story.

Six families displaced after collapse of scaffoldingHigh winds on Saturday caused scaffolding to collapse on Bridge Street in Mount Etna. KDKA’s Erika Stanish has the latest news from the scene.

Local man charged with sextortion program detainedA judge has ordered the detention of a man after a hearing in federal court.

The Silver Line service will be interrupted until WednesdayThe crews will perform maintenance on the T’s Silver Line.

Hi Ray! Archimedes’ principleMeteorologist Ray Petelin is back with another home science lesson!

Nightly forecasts from KDKA-TV (12/10)Stay on top of the local weather with weather forecast from meteorologist Ray Petelin!

Greater Pittsburgh Women’s Center and ShelterA local organization dedicated to helping victims of domestic violence wants to make sure their families have something to celebrate this holiday season.

Restaurants hope holiday season bounces back to pre-pandemic levelsRestaurants and bars are still picking up the pieces after the business was shut down for a while by the COVID-19 pandemic; Reports by Amy Wadas of KDKA.

Swissvale bar raises funds with hot sausage sandwiches for free care fundBoomerang Restaurant & Bar is getting ready for the 31st Sausage Day. The fundraiser will begin Saturday at 1 p.m. and raise money for the Children’s Hospital Free Care Fund; Reports by Meghan Schiller of KDKA.

Redrawing district map could delay Pennsylvania primaryState Senator Jay Costa warns that the May primary in Pennsylvania could be delayed until June. As KDKA political editor Jon Delano explains, it all comes down to our district map and how you draw it.

DONATION COMMUNITY: The Salvation Army is committed to “helping all those in need” |