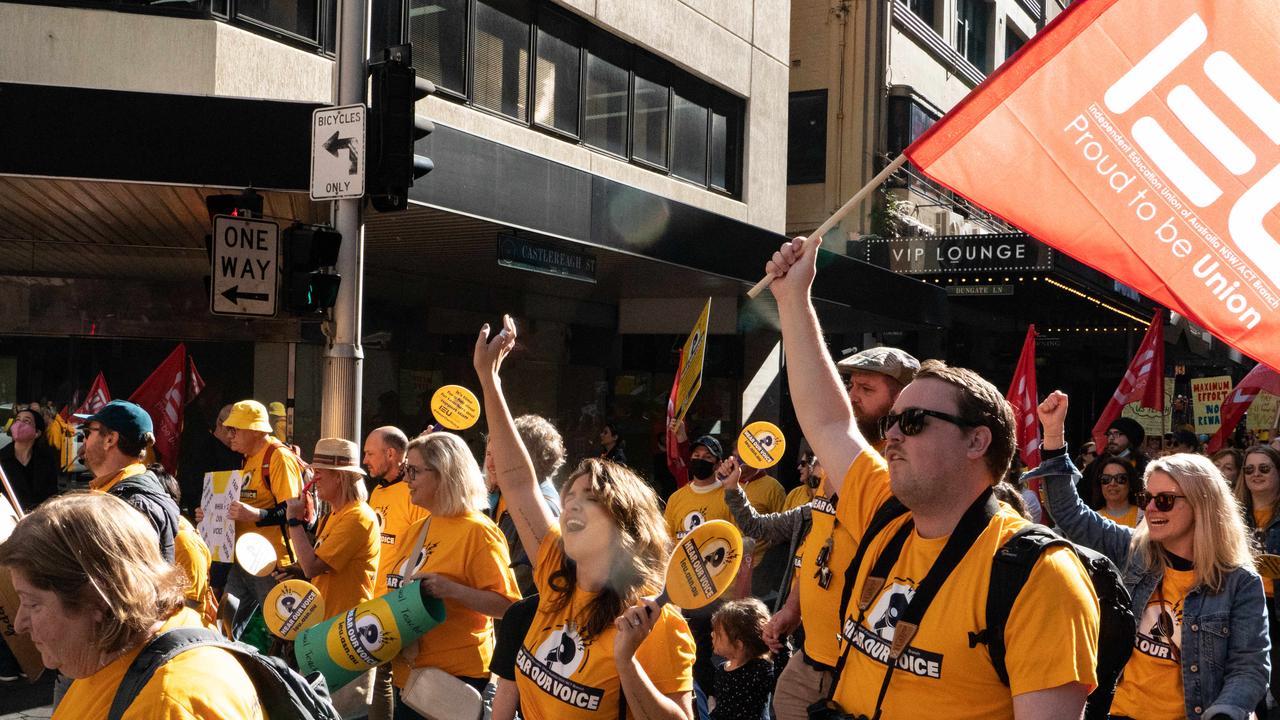 Thousands of Catholic school teachers walked off the job for the first time in nearly 20 years because of these issues.

Thousands of Catholic school teachers are striking on Friday as they join their public sector colleagues in demanding better pay and working conditions – the first such strike in nearly 20 years.

About 18,000 teachers from 540 Catholic schools in NSW and ACT are expected to quit their jobs in towns across the state.

It comes just weeks after public school teachers took to the streets with the same demands.

The Sydney Teachers started their march through Sydney’s CBD around 10am and made their way to City Hall.

The Independent Education Union (IEU) is calling for a salary increase of at least 10% and a “reduction (of) paperwork” contributing to significant overtime.

Catholic teachers have not held a full-day work stoppage since 2004.

“Uncompetitive salaries, unsustainable workloads and crippling staff shortages have pushed them beyond their limits.”

Since January, the union has been negotiating with Catholic Employment Relations (CER) for a new company agreement.

Premier Dominic Perrottet has promised to address the public sector wage cap in the next NSW Government budget due to be announced in June.

Catholic employers are not constrained by the New South Wales government’s 2.5% cap on public school teacher salaries, but “are often inspired by it”.

The union has threatened further industrial action if there is no improved offer after Friday.

Catelyn Green is on her way to becoming a nurse