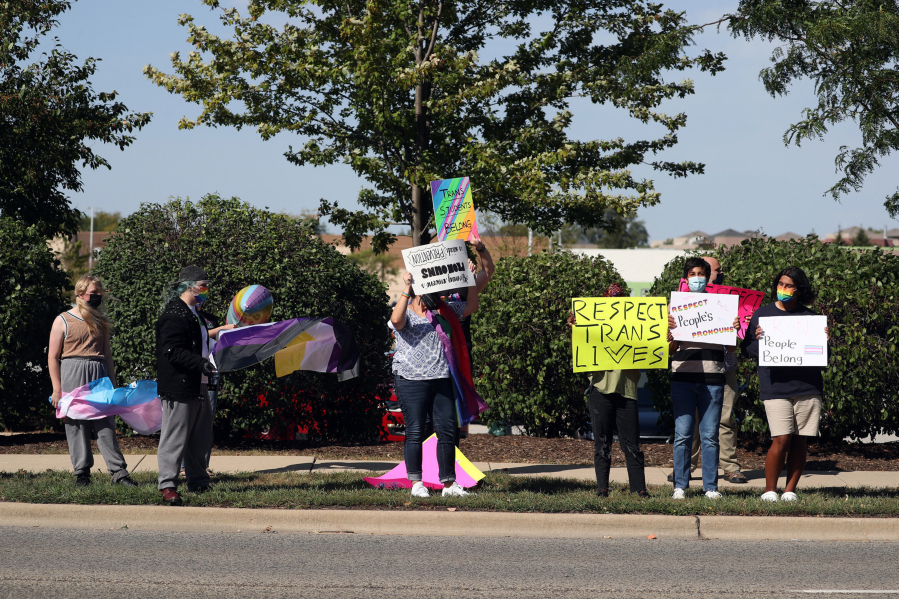 CHICAGO – Ora Amber, a 16-year-old ex-Catholic, stood in front of St. Francis High School in suburban Chicago, waving a yellow, white, purple and black flag that represents people whose gender identity is in apart from the binary man / woman.

Amber, who uses them and them as pronouns, was part of a small crowd that rallied against the Wheaton, Illinois school’s refusal to use such non-traditional pronouns for its students. It was the second protest in a week targeting LGBT policies in suburban Catholic schools, and Amber, who left the church for her political positions, said her resistance to change put her future in jeopardy.

â€œIt’s incredibly depressing to see because the church has the capacity to do wonderful and amazing things, but they are using it in the wrong way,â€ Amber said as cars honked on Roosevelt Road. “I think if the Catholic Church is to survive, it has to join the program.”

The dissatisfaction at St. Francis and Benet Academy, a Catholic high school in the nearby town of Lisle that sparked outrage when it canceled a job offer for a lacrosse coach in a same-sex marriage, is the latest sign of a church struggling to bridge the gap between old doctrines and evolving attitudes.

Pope Francis has taken a more liberal stance towards Catholic homosexuals than his predecessors, endorsing civil unions and asserting that homosexual “tendencies” are not a sin. He drew the line on same-sex marriage, however, telling reporters: “They are our brothers and sisters and we must be close to them, but marriage as a sacrament is clear.”