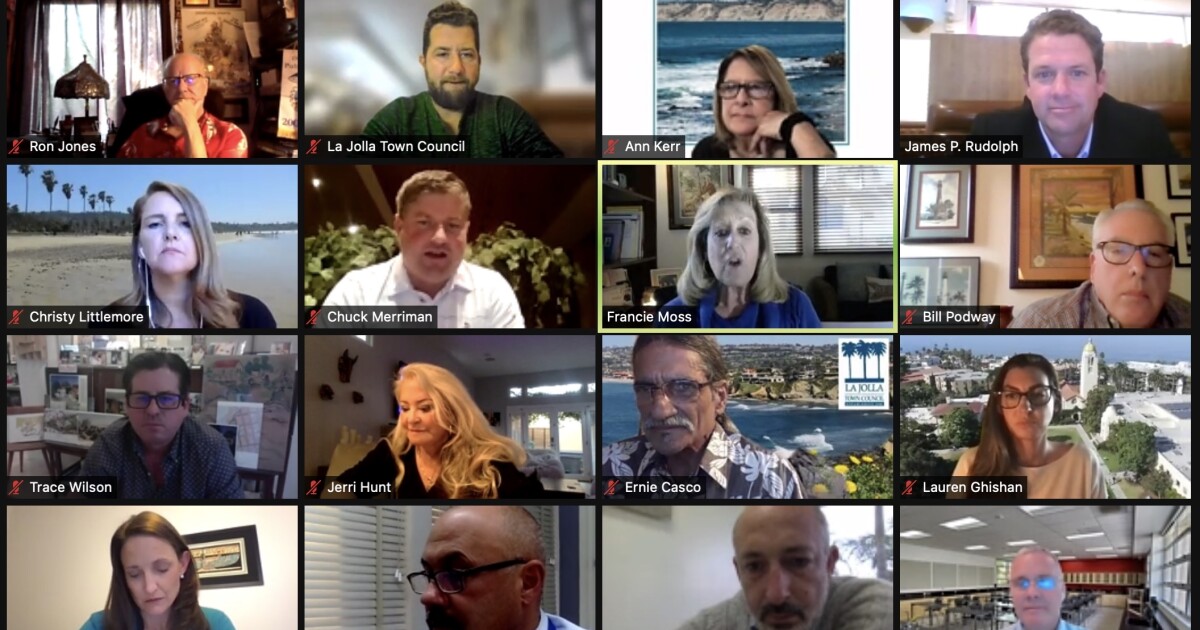 With the 2021-2022 school year well underway, La Jolla City Council was briefed on the history, practices and highlights of 11 local public and private schools during its October 14 virtual meeting.

The forum was moderated by City Councilor Christy Littlemore. Administrators from all primary, secondary and traditional secondary schools in La Jolla were invited. All but The Evans School and All Hallows Academy have responded, Littlemore said.

Alternative programs such as homeschooling and pod learning were not invited.

Stella Maris Academy Principal Francie Moss said the Catholic school, which accommodates 170 transitional Kindergarten to Grade 8 students, began 75 years ago as “the only parish school … north of San Diego and south of LA “.

It has since grown to occupy buildings on three corners of Herschel Avenue and Kline Street in the village, she said.

Along with a rigorous curriculum and small class sizes, Moss said the school focuses on religious education and social skills. â€œWe look forward to another 75 years,â€ she added.

The bishop’s school distinguishing features are its episcopal tradition, use of the Harkness Method – in which students sit around oval tables for discussions – and rigorous academics, according to Lauren Ghishan, associate director of admissions.

â€œThe main themes that we really focus on are kindness, compassion, humility, service and justice,â€ she said.

Bishop’s, located in The Village, was founded in 1909 by renowned La Jolla philanthropist, Ellen Browning Scripps. It currently accommodates 800 students in grades 6 to 12.

Gillispie School, also in The Village, accommodates 300 students in grades 2-6 and focuses on “a constructivist, project-based approach,” said Erica Huebner, Director of Admissions and Enrollment.

â€œWe don’t believe that children are just recipients of information that has been filtered. They are actively involved in what they are doing, â€she said.

Gillispie started almost 70 years ago and recently expanded with “The Sandbox”, a 17,000 square foot multi-purpose extension.

â€œIt is really important for us not to rush childhood, to value learning by doing and strive to develop caring and thoughtful citizens of the world,â€ Huebner said.

Day school in the La Jolla countryside serves 1,146 students ages 3 to 12 and prides itself on “a well-rounded experience,” said Geordie Mitchell, the school’s deputy principal for enrollment management and outreach.

Founded in 1926 at The Village, LJCDS moved to its current location in the University Town Center area of â€‹â€‹La Jolla in 1961 and enjoys “the diverse and eclectic student body that we have been able to attract,” said Mitchell.

In addition to academic and extracurricular activities, LJCDS has “a very active service learning program that begins at a young age,” he said.

Founded in 1972, “the primary goal of the school is to create curious, confident and connected children,” said Fowler, with “an emphasis on learning by doing.”

The children’s school has a “rich curriculum” of lessons, but also recognizes that “you can’t train great scholars until you have good people,” Fowler said. The school is tackling this by teaching communication and helping students “develop as full people,” he said.

Franco-American School of San Diego, near the top of Mount Soledad, offers bilingual education in French and English, with Spanish as a third language, school principal Mark Rosenblum said.

Founded in 1988, the school welcomes students from preschool to eighth grade.

SDFAS â€œseeks and accomplishes the integration of best practices from around the worldâ€¦ through the lens of bilingualism and global education as the skill sets our young people need to thrive,â€ said Rosenblum.

The school also focuses on socio-emotional learning, he said, “building on what we know about individual and group psychology and how to self-regulate.”

La Jolla’s five public schools are in the San Diego Unified School District and make up the La Jolla cluster.

The La Jolla Cluster Association includes representatives of parents and staff from the five schools and meets monthly during the school year to “promote and support excellence in education” on campuses, according to Co-Chair Heather Polen, teacher at La Jolla primary school.

TPES is “so special in that it celebrates diversity,” with over 35 languages â€‹â€‹spoken by students and staff, Richard said.

She said TPES focuses on “critical literacy, an approach to literacy development that focuses on prejudices and the perspective of the author through text.”

â€œWe are the legacy of like-minded people who believe so strongly that children need both character and an academic foundation to be able to be successful wherever they go,â€ said Richard.

La Jolla Primary School opened almost 125 years ago at The Village and has grown to now serve 440 students from TK through fifth grade, with “a long history of academic excellence, thanks to our exemplary, innovative and dedicated teachers” , said director Stephanie Hasselbrink.

LJES was named the # 2 elementary school in California in US News and World Reports recent rankings.

Hasselbrink said LJES is special because of the â€œpartnership we have between our teachers, staff and parents. We have a very collaborative community that works together to meet not only the academic needs of our students, but also … their social and emotional needs and development.

Part of what makes it â€œwonderful,â€ said director Andi Frost, â€œis that we are a STEAM. [science, technology, engineering, art and math] initiative school “, which means that all classes” have a minimum of four hours of problem-based science learning per week “.

Frost said BRES also focuses on socio-emotional well-being. One component of that is the Bird Squad, a team of senior students “who want to be leaders,” she said.

Muirlands offers high school and crash course in a variety of subjects, as well as several athletic, artistic and elective options, Luna said.

He said that â€œone of the salient pointsâ€¦ is the strength of our leadership among our [cluster] directors and how closely we work together.

â€œWe want there to be a smooth transitionâ€ between elementary, middle and high schools, he said.

The school offers a four-year biomedical pathway, with seniors doing internships with local doctors, as well as 22 advanced placement courses and programs in computer science, theater and 29 different sports, Podhorsky said. There are also nearly 80 clubs on campus, he added.

In addition to emphasizing socio-emotional learning, â€œour goal is really to prepare students to become global citizens and to help them focus on collaboration, analysis, critical thinking and learning. ‘community engagement,’ Podhorsky said.

Representatives from all schools said their campuses are following all state and local guidelines for COVID-19.

Other news from the town hall

â€œHeroes of the hometownâ€: Deputy City Council Chairman Jerri Hunt said the organization has received many nominations for its “hometown heroes”, or people who “have outdone themselves during this very difficult time.” The nomination period ends Friday, October 15.

A selection committee of five community leaders will meet the week of October 18 to choose eight nominees who will be recognized over a lunch at the Walnut Lounge at La Jolla Beach & Tennis Club on Wednesday, November 10, Hunt said.

Tickets for the lunch will cost $ 50 and go on sale soon, she said. â€œWe will only have 70 places available.

The recipients will also be honored at the Christmas Parade and La Jolla Holiday Festival on Sunday, December 5.

Two Presbyterian churches looking to the past, the future