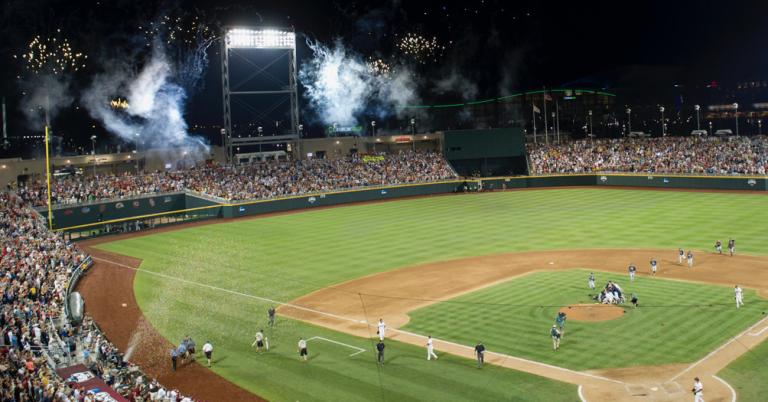 Then there is pneumatology. Pnuema is the Greek word Koine for breath, wind and / or spirit (Koine being the common language in New Testament times). Therefore, pneumatology is how theologians refer to the study of the Spirit, the Holy Spirit; and it’s fascinating

Vanderbilt University has bolstered its program with good pitchers, even though their method seems unconventional. They spent time in Omaha, Nebraska at the College World Series prior to this year (although this is an older image of the event).

Vanderbilt is also unconventional with his pastoral and theological scholars.

I. Preachers are sometimes compared to pitchers

That’s what Reverend Paulus and I were really talking about in the middle of a crowd. Hitters would be other types of chief preachers, but I’m not going to share all of our baseball jargon. Right now, we could have a conversation within a larger conversation, as if we were building our own space for dialogue, and he fully understands pneumatology.

I was doing this until about midnight last night (8:20:21), studying baseball and thinking about pneumatology and ministry, but you probably won’t find this article until after the service on Sunday. The Talleys, my district directors for youth in Northern California in the early 90s, warned me not to start new projects after midnight. So I surrendered shortly after.

As for the winning innovation at Vanderbilt University: Not only is their baseball team unique, but so is their Theological Research Doctorate. They need basic Biblical languages, but their modern research languages ​​don’t have to be a combination of Latin and French, or other traditional languages.

For example, Spanish is considered a search language.

So are the statistics.

ii. I knew these two languages ​​well before

Trevecca Nazarene University and Asbury Theological Seminary may be “Feeder” schools, to use an MLB AA Baseball term.

Asbury Theological Seminary is an independent school with historical ties to Asbury University, the London School of Theology and the Aldersgate Renewal Movement (a Pentecostal movement)

iii. In addition, Asbury Theological Seminary has an extension site in Memphis, Tennessee

Since neither Trevecca Nazarene University nor Asbury Theological Seminary have doctoral programs exactly like the larger theological program at Vanderbilt University, but their graduate programs could be considered preparatory, de strong interfaith and academic relationships are needed.

Some of my professors from my senior year at Asbury Theological Seminary enthusiastically told me about developments at the Memphis extension site (Prof. Vickers, Prof. Kinghorn and Prof. Hampton, who knew my father during ‘a strategic meeting with Josh McDowell).

They also had streaming capabilities.

Asbury University, which works closely with the seminary, were the true filmmakers of the Olympics at the time

The video capabilities of both schools are truly top notch.

Then there is pneumatology. Pneuma is the Greek Koiné word for breath, wind and / or spirit (koine being the common language in New Testament times). Therefore Pneumatology is how theologians refer to the study of the Spirit, the Holy Spirit; and it’s fascinating

The Tennessee extension site had become the hub for the study of pneumatology.

iv. They were trying to tell me, “Come here and study pneumatology!” “??

Maybe I will if I can audit a course as an alumnus. I know they know how to broadcast. Just consider studying pneumatology at a higher school that grew out of a genuine renewal movement, such as the Aldersgate movement. Do you know of the Pentecostal revivals on campus in the chapel?

A pneumatology study would help, because I have often taught about the Holy Ghost. It would also be a launching pad for a doctorate at a place in that part of the country like Vanderbilt University.

They persisted in the conversation, “Come here and study pneumatology!” “??

May I mention the time the Greek Orthodox pedagogical manager insisted that I finish a book by Julian of Norwich?

I said, “She’s really deeper than I expected, so I put her on the shelf until I was ready to come back to her.”

She’s from the West relatively speaking, but he said, “Then you should at least come and talk to us about Orthodoxy from a Pentecostal point of view, because we’re ecumenical …

Again, this was part of a larger dialogue with others also on the tiny -c catholic church. However, further into the past, I was so struck by Julian’s work that I whispered, “I’m about to go on a date with Julian,” when I opened the book. to read it.

Now why would I say that?

Why does the naked statue of David appeal to some people, or scantily clad Greco-Roman Christian art? Is it really an answer to estrogen?

Frescoes or Gothic architecture of churches throughout Church history or England do the same for those with a sense of beauty?

Why do some Bible writers care about us at one season of our lives, and others at others?

We want all of the Bible, all of God’s counsel, but is there any mistake in that, sitting at a teacher’s feet for awhile?

By the way, Julian is not much of a romantic literature writer. She simply paints vividly with words, mainly the suffering of our Lord. Oddly enough, I have a free source eBook option that I recently discovered she wrote, so I don’t have to find my hard copy during this transition.

I can clearly hear the words of the education manager, as well as imagine the whole situation now, and it really was not that long ago.

Then there’s the time the Ohio State University extension site manager in Ironton set aside time and then took extra time out of his office with me on a campus walk. I remember her encouraging me strongly, really insisting that I pursue doctoral courses that I would like to teach at the undergraduate level.

Thanks to his coaching, I was also able to establish an educational curriculum vitae (CV) format, the same one used by his faculty, and the whole of Ohio State University. I hope to update the CV soon.

v. remember and look to the future

The three conversations were not similar in topic or in greater scope, but strangely similar in emphasis, persistence of the people who were used by God to encourage me.

When God uses ministers to “call” us, does he always have to use a fiery missionary or apostle? Isn’t a pastor-teacher a voice either, and the two are grammatically related in Greek (Ephesians 4:11).

If a pastor is a good pastor, there is probably some teaching going on as well.

If a teacher is a good teacher, guidance is offered to colleagues and students in a pastoral way.

For now, I am still blessed that the doors of the Asbury Theological Seminary Library are open to me for current studies.

However, glimmers of hope especially shine when I start to think about the amazing works of the Holy Spirit and all His Majesty, and I review His goodness in educational institutions as I mentioned in this article, and at Vanderbilt University.

my recent similar posts from the graduate institution

What are the advantages of religious schools? |