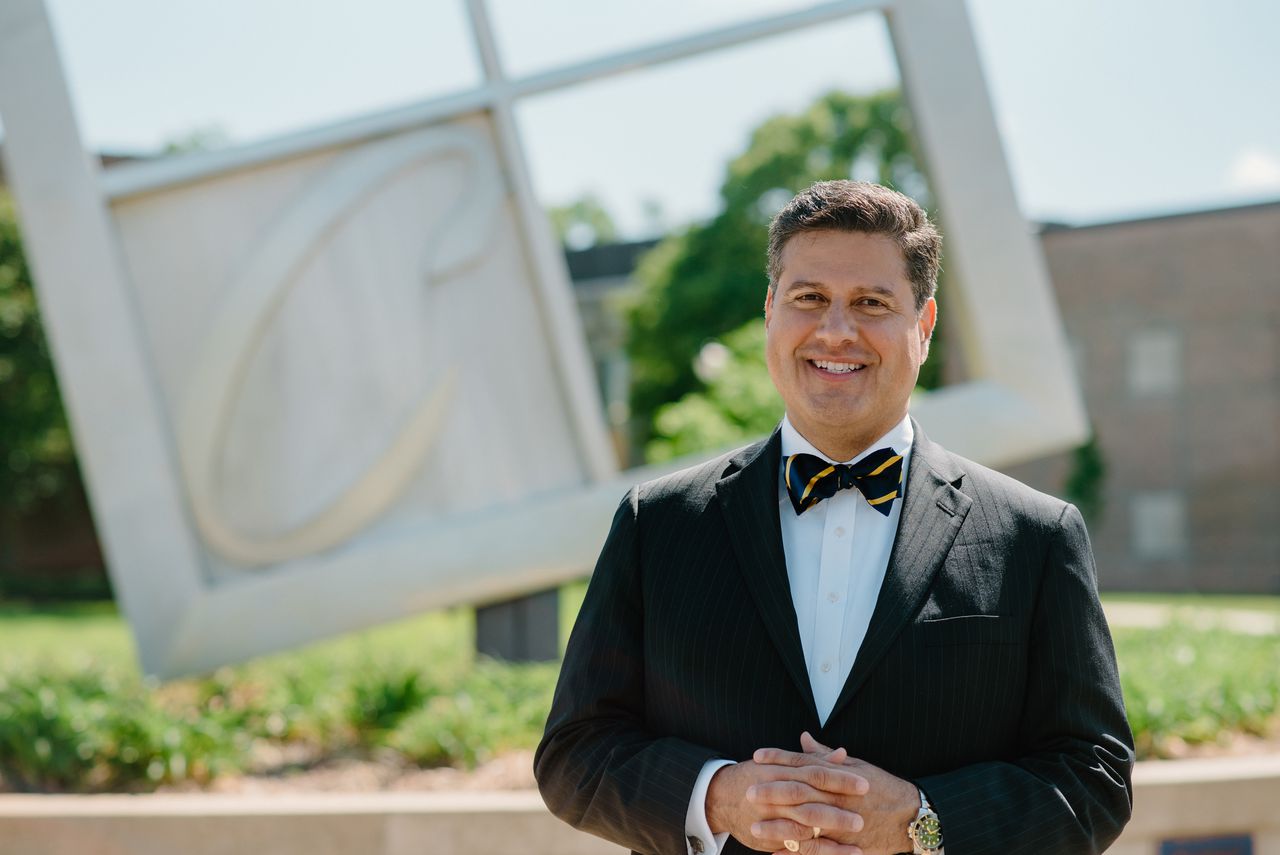 GRAND RAPIDS, MI – The faculty at Cornerstone University passed a vote of no confidence in new president Gerson Moreno-RiaÃ±o, just five months after being announced as the 12th president of the Christian school.

There were 42 votes in favor, 6 against and 14 abstentions, according to a letter from Thursday, October 21 to Cornerstone’s board of directors. The vote took place the day before the president’s inauguration ceremony on Friday.

Moreno-RiaÃ±o was appointed in May to replace Joseph Stowell, who retired after 13 years. Professors and alumni say there have been disturbing events since the new president took the reins, alleging opposition to diversity, equity and inclusion (DCI) efforts, and fostering a so-called culture fear and retaliation, according to a report by Information service on religion.

Prior to joining Cornerstone, Moreno-RiaÃ±o was Executive Vice President for Academic Affairs and Academic Director for over seven years at Regent University in Virginia. He was also a full professor of government there.

The faculty group said the culture on the Cornerstone campus “has grown into a culture of fear and suspicion” since Moreno-RiaÃ±o’s appointment, RNS reported.

“The faculty and administrators – many of whom have devoted long years of loyal service to the university and our students – simply disappeared without explanation,” 42 university professors and staff wrote in a letter. addressed to the school board.

Professors and alumni did not respond to requests for comment prior to publication.

Moreno-RiaÃ±o denied allegations by professors and alumni on Thursday, October 28, telling MLive he “fully” supports the university’s efforts on diversity, equity and inclusion.

â€œI’ve only been here three months, but from day one I said we wanted to build a culture, an organic culture, diversity, equity and inclusion that permeates the entire campus, up, down there, in the middle, everywhere, so that every member of our faculty, staff and students lives it, owns it, thrives in it, and that, â€he said.

â€œI immigrated to this country 41 years ago from Colombia. I am the product of diversity, equity and inclusion initiatives in churches and institutions, and I am greatly blessed.

The president said the professors and staff allegations are based on “misperceptions and misunderstandings”.

â€œI think there are probably some misperceptions, some misunderstandings that exist because we may not be moving as fast as some would like, because others are slowing down,â€ he said. â€œWe are working on all of these things together and we are convinced that we become stronger because of it. “

The vote of no confidence of the group of professors is not binding, which means that it is only symbolic but can exert some pressure on the board of directors. But board chair Carole Bos said the board remains confident in Moreno-RiaÃ±o despite concerns from the faculty group.

Bos told RNS that the new president “is committed to continuing our diversity efforts and will lead the charge of the board of directors to build a diverse Cornerstone community.”

â€œOur Board of Trustees is confident that they will seek to collaborate with our formidable faculty and staff to help our students further achieve their goals of serving the global marketplace,â€ Bos told RNS. Above all, he will challenge each of us – and himself – to remain faithful to the teachings of Christ as we move beyond the more common and controversial dialogue in today’s social landscape, so that we can all stay focused. on training future leaders. “

Moreno-RiaÃ±o was named president after a six-month nationwide research process, the university previously said. The board chose Moreno-RiaÃ±o from a pool of 70 candidates in the presidential search, which was coordinated by executive search firm Carter Baldwin.

Cornerstone, located at 1001 East Beltline Ave. NE, has over 2,000 students enrolled in its traditional undergraduate, seminary, and professional and graduate programs.

In written testimony from October 3 to the board, the faculty group detailed their concerns about Moreno-RiaÃ±o’s alleged creation of a hostile environment, RNS reported.

The document, signed by 22 full-time faculty and 19 staff, claimed employees faced intimidation, retaliation and even threats of dismissal if they supported efforts for diversity, fairness and inclusion (DEI).

“There is an expectation to conform to the president’s vision,” wrote a university employee in a briefing document shown to RNS. “So if you don’t go along with the president’s vision, that person will be removed from their job at Cornerstone University.” The president and his administration not only hamper DCI’s efforts, but aggressively undermine the progress that has been made, to the detriment of faculty, staff and students of color. “

Moreno-RiaÃ±o said the allegations he fired Cornerstone employees because of DCI’s efforts were “completely untrue”.

â€œDecisions about personnel are difficult, but Cornerstone prides itself on approaching these issues with charity, generosity and kindness to protect the dignity and privacy of every individual involved,â€ he said. â€œBut this is absolutely wrong and incorrect. None of these decisions have anything to do with diversity, equity, inclusion efforts.

According to the faculty report, Cornerstone staff were allegedly prohibited from using language related to anti-racism, including “micro-aggression,” “privilege” and “unconscious bias,” RNS reported.

In a letter from a concerned alumni group, graduates of Cornerstone, Grand Rapids Theological Seminary and Professional Graduate Studies, claimed that the university, under the leadership of Moreno-RiaÃ±o, had removed all language related to the DCI of a self-study report submitted to the Higher Learning Commission after its approval by the board of directors.

The language that was deleted included a clause on George Floyd (Black man, 46, murdered by police officer in Minneapolis in May 2020, sparking nationwide protests), and all occurrences of the word “fairness” and from the acronym “DEI”, depending on the letter.

Moreno-RiaÃ±o denied that the university told faculty and staff not to use DEI-related language.

â€œWe believe in academic freedom at Cornerstone,â€ he said. â€œWe want our faculty to talk about all of these things and have open discussions with our students, obviously use discernment with our students, but help them on their journey to understand and be influencers for Jesus. We never said you couldn’t use any of those words, or that we couldn’t talk about these things.

The President said the Higher Learning Commission recently affirmed that Cornerstone meets all criteria for diversity and equity in inclusion.

â€œIn fact, they said it is clear from the practices and policies that our university believes in and is committed to diversity and fair treatment of faculty, staff and students,â€ he said. . â€œThis is a great statement from an external creditors body that has read the entire document and said so. So, we were only thrilled with that.

Moreno-RiaÃ±o said he had met with groups of students, teachers and alumni to listen to their concerns.

â€œOver the past 18 months, the pandemic has created a climate across the country in every institution of fear and anxiety about the unknown,â€ he said. â€œI think that we can destroy this kind of climate by simple relational meetings, building, let’s listen to each other.

“I am convinced that these concerns, perceptions, misperceptions will fade, and we will move forward together in an even stronger way.”

University of Michigan unvaccinated and non-exempt employees to be laid off by end of semester, officials say

These Michigan universities are among the best in the world, according to US News ranking