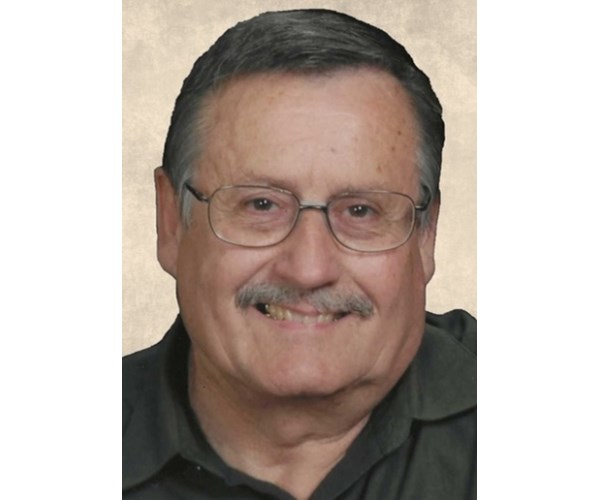 Merle P. Gaspers, 75, of Evans passed away peacefully of this life on November 24, 2021 at North Colorado Medical Center in Greeley, fortified by the grace of the sacraments and surrounded by his family. He was born July 5, 1946 in Martin and Regina (Heimann) Gaspers of Lindsay, Nebraska, a small farming community. The youngest of seven children, Merle loved to tell stories about his childhood on the farm, at the center of which were the Catholic faith and traditional Midwestern values. After graduating from Lindsay Holy Family High School in 1964, he entered the seminary of the Missionary Society of Saint-Colomban (Fathers Colomban). He graduated from minor seminary with a bachelor’s degree in philosophy and went to major seminary (theological studies) but eventually discerned that his calling lay elsewhere. On May 25, 1973, he married Betty Jo Benes and they were lucky to have two daughters, Anne and Sarah. They resided in Lincoln, Nebraska, where Merle worked at Gooch’s Feed Mill. His wife died in June 1980. On July 10, 1982, Merle married Linda Schafer, a nurse in Lincoln, and the family welcomed a son, Matthew, two years later. Before the birth of his son, Merle obtained a second baccalaureate to teach, which he did for a year. Being a “jack of all trades”, however, Merle pursued a variety of other employment opportunities as they presented themselves – from sales to local delivery to hands-on store management. In 1991, Merle accepted a teaching position in Colorado, so the family left Cornhusker State and moved to the small town of Brush. While there, Merle made his last major career change by getting into truck driving, which he did for most of the next 25 years. The family moved to Greeley in 1994. Eleven years later, Merle and Linda decided to return to Nebraska, but they didn’t stay long, choosing to return to Colorado in 2006 to be closer to their children and grandchildren. Merle will be remembered as a small town farm boy who loved to laugh and make others laugh, play music and sing, and spend quality time with those he loved, especially his little ones. -children. Throughout his life he has also enjoyed playing and watching a variety of sports, going fishing and target shooting, dancing with Linda, playing cards, building and repairing items, and helping those in need. . He is survived by his wife, Linda Gaspers, of nearly 40 years; three children and their spouses – daughter Anne Gaspers (Todd Anderson) of Denver, daughter Sarah Lawrence (Mike) of San Antonio, TX, and son Matthew Gaspers (Nicole) of Greeley; four grandchildren; three siblings and their spouses; a sister-in-law ; and many cousins, nephews and nieces. He was predeceased by his parents, two younger sisters, his first wife and a brother. Visitations and the Rosary will be held at St. Peter’s Catholic Church in Greeley from 3:30 pm on Wednesday December 8th. The funeral mass will be held the next morning, December 9, at 9:30 a.m. (same location), followed by the funeral at 11 a.m. at Sunset Memorial Gardens in Greeley.