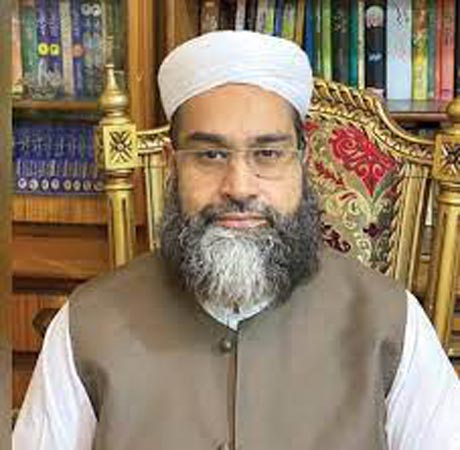 Dialogue is the best option for settling conflicts, says Ashrafi

He said this at a ceremony on promoting interfaith harmony held under the auspices of the South Punjab Multi-stakeholder Working Group and the Signify organization, here on Sunday.

The basic theme of the event was to discuss ways to maintain and promote interfaith harmony. Allama Tahir Ashrafi argued that the nation must oppose extremism. The government of the day strongly believed in solving problems through a process of dialogue.

Regarding the Murree incident, Ashrafi regretted and called on citizens not to share photos of the deceased on social media.

The government will punish officials implicated in the expression of negligence, he suggested. Ashrafi, however, paid tribute to the Pakistani military for rendering swift services to those stranded at Murree in extreme weather conditions. He also praised the gesture of welcome shown by the administration of various religious seminars to serve those stranded.

Ashrafi praised the conduct of the meeting of OIC Foreign Ministers in Islamabad. He called it a huge success for the government and the foreign ministry as the entire Muslim Ummah united on the Afghanistan issue.

There is no concept of forced marriage in Islam, said Tahir Ashrafi and also added that Islam gives a woman the right to enter into marriage after her own choice. The main message of Pigham-e-Pakistan is peace and one should not interfere in the beliefs of others.

Responding to a question on the government’s point of view on Madinah Masjid, Allama Tahir Mehmood Ashrafi noted that the government, through the Attorney General, has presented his point of view. He however hinted that Masjid or Cemeteries could not be demolished without any “Sharie” reason.

Federal Parliamentary Finance Secretary Zain Qureshi, in his online address, praised the South Punjab multi-stakeholder group for its efforts to promote peace in the region.