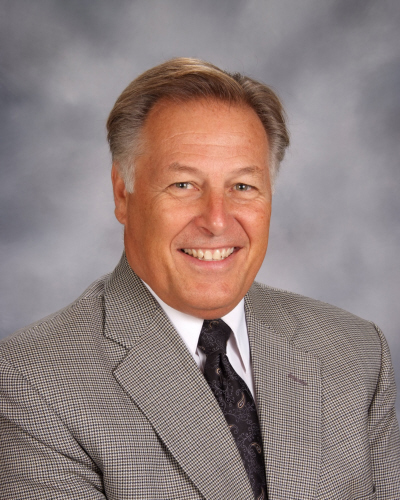 MADISON – Mike Elliott, president of Edgewood High School since 2013, has informed the school’s board of directors that he intends to step down as president effective June 30, 2022.

In a statement to faculty, staff, students and parents on Monday afternoon, October 25, Elliott said he made the decision after many conversations with family and friends, careful thought and many prayers .

â€œIt was not an easy decision for me because I love Edgewood and our strong community,â€ said Elliott. “Together we have endured and achieved a lot, and for that I am proud and will be eternally grateful.”

Marykay Zimbrick, board chair for Edgewood High School, said she and the other board members are grateful for the leadership Elliott has shown as president of Edgewood. â€œDuring uncertain and often difficult times, Mike’s commitment to doing what’s best for Edgewood has never wavered,â€ Zimbrick said. â€œHe worked hard with faculty, staff, students, parents and administrators to keep Edgewood open and safe while providing a quality educational experience.â€

Zimbrick said Elliott has agreed to stay with the school after stepping down as president next June, focusing on developing major gifts and overseeing the Commons construction project, which is expected to begin early in this year. 2022.

â€œWe are grateful to continue to benefit from Mike’s dedication and leadership,â€ said Zimbrick.

When Elliott was appointed president almost 10 years ago, he brought Edgewood a lifetime of knowledge, passion and enthusiasm for the school. A 1977 Edgewood graduate, he and his wife Sue, Edgewood Class of 1978, have three daughters, all of whom are proud Edgewood alumni. He had previously served on the school’s board of directors and as chairman of the board.

â€œThroughout his tenure as President, Mike has proven himself to be a man who lives his faith every day,â€ said Zimbrick. â€œHe has demonstrated remarkable dedication to the school’s mission and the Dominican Sinsinawan values â€‹â€‹of Truth, Compassion, Justice, Community and Partnership. He is well respected in the Madison Catholic school community and at the Badger Conference.

As president, Elliott has overseen many changes. Early in his tenure, he envisioned a transformation of the physical campus, including the dilapidated HVAC system with better accessibility. His efforts have been nothing short of miraculous. Through his tireless efforts, he raised over $ 23 million to finance the construction of the new McKinley Performing Arts Center; installation of the school’s first elevator system; modernization of the athletics field; creation of the Lance Johnson sports training center; new official changing rooms; the dance team studio and athletics offices; redevelopment of the John and Jeanne Flesch Student Services Center, Library, Learning Resource Center and Food Service Area; the administrative offices of Ken Ballweg; the Edgewood Campus School wing; as well as painting and updating in classrooms, hallways and teacher lounges.

Plans are underway to renovate the common area, which will provide a welcoming entrance to the school, a sports hall of fame area, a dining hall, additional study space for students, and another elevator.

Elliott also believed that an important element needed to achieve greatness as a school was to create accessible and affordable private education for families. Over the past 10 years, more than $ 7 million has been awarded in financial assistance enabling many families to benefit from an Edgewood education.

Elliott, along with Business Manager Tami Holmquist and Retired Principal Beth Steffen, restored the faculty pay scale to attract and retain the best of the best to teach and work at Edgewood.

Each year, Elliott offered each first-year parent a one-on-one meeting, in part because he believed the best ideas came from someone who looked at things from a new and different perspective.