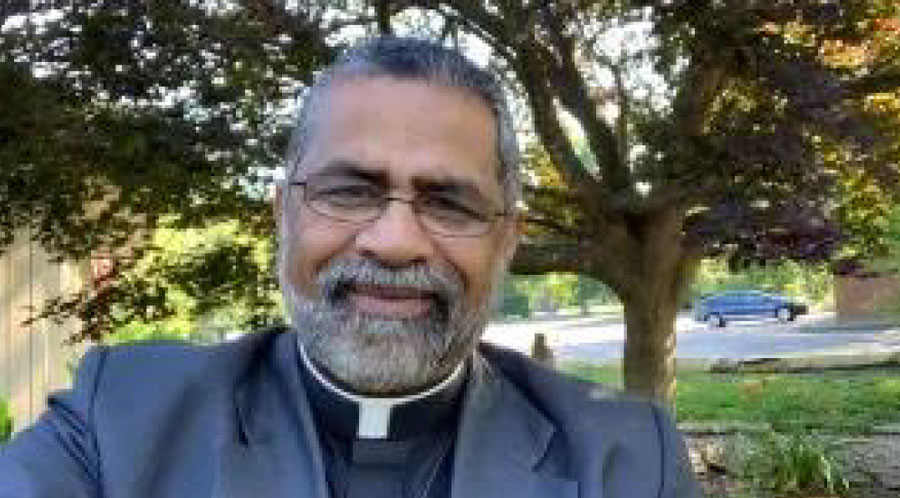 The following is a press release from the Episcopal Diocese of Idaho.

BOISE — The Episcopal Diocese of Idaho has appealed to Reverend Joseph ‘Jos’ Tharakan to become its 14th bishop. His consecration will take place on June 25 in Boise at the Cathedral of the Rockies.

Tharakan comes from Springfield, Missouri, where he served as rector of St. James’s Episcopal Church and served as dean of the Southern Deanery of the Diocese of West Missouri. Originally from Kerala, India, he was raised in a devout Roman Catholic household. He completed his seminary studies at the Franciscan Seminaries in Kerala and was ordained in 1994. He earned additional degrees in Economics and Political Science from the University of Delhi, and English and Social Sciences from the University of Bhopal, India.

He came to the United States in 1997 and in 2006 the Rt. Rev. Larry Maze, Bishop of Arkansas, received him into the Episcopal Church. Before coming to Missouri, he served at Christ Church, Mena, and All Saints Church in Russellville, Ark. His wife, Kimby, was born in California and raised in Arkansas. Together they have six children, three grandchildren, a dog and a cat.

Tharakan said that in his ministry he is “called to walk with others, like Jesus on the road to Emmaus, listening attentively, living authentically and loving sincerely. The Franciscan call to “Rebuild my Church” is my daily goal; Nothing more and nothing less. I have never chased after a position of power, prestige or portfolio, but I have followed God’s call since I was 15 years old. I have also observed that I am happy and feel blessed and effective when I go where God sends me. And here I work hard and love people, and God does the rest.

A multimedia artist, he has composed music and soundtracks and created short films, educational videos and websites. The COVID-19 pandemic has created “incredible opportunity for digital ministry, spiritual growth, and tremendous potential for a new model of church,” he said. “An absolute opportunity to build grassroots Christian communities and strengthen small rural churches where intergenerational ministry is waiting to explode.”

The Diocese of Idaho includes 26 congregations in southern Idaho and one in western Wyoming, less than a mile from the state line. The search for a new bishop began in January 2021 when the Rt. Rev. Brian J. Thom, XIII Bishop of Idaho, called for the election of a successor. Thom has been a bishop since October 2008.

Tharakan was one of three finalists chosen by the Bishop Search Committee at the end of 2021. Parishes were invited in December and January to submit questions about their vision for the diocese and the Episcopal Church. From there, the Bishop Transition Committee sorted through the questions to discern which ones best represented the hopes of the people. Due to Omicron’s push from the pandemic — and given the poor quality of Idaho’s roads in winter — interviews and meetings with congregations across the diocese were held virtually in February.

The day before Tharakan’s consecration, June 24, Thom plans to celebrate the 35th anniversary of his ordination. “By then, I will have served 30 of those years in the Diocese of Idaho,” he said. “Recognizing the blessing of so much time, it is easy to see that all the good that I am you have favored; everything else that I am you have graciously neglected. ”