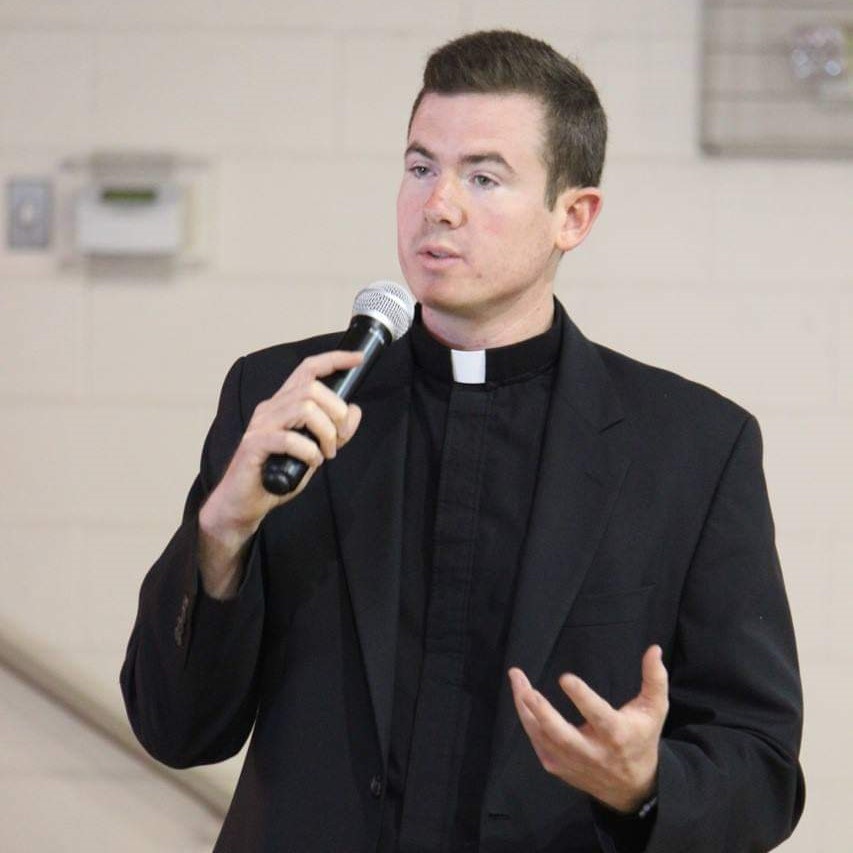 Reed, who was ordained in 2016, aims to engage the school with young Catholics and make his services interactive, which he does through jokes, riddles and questions. He includes parodies of well-known songs, such as Michael Jackson’s “Man in the Mirror” and Bon Jovi’s “Livin’ on a Prayer,” to grab the attention of his congregation and make his messages memorable.

“My message is a little simpler and more direct with the kids, and it involves more concrete, concrete examples than in a regular Sunday Mass when I preach to a diverse group,” Reed said of Wednesday mornings. religious services for students.

Reed makes himself available to teach religion, especially the sacraments, during school hours. He spoke specifically to the sophomore class to calm their nerves ahead of their first reconciliation and communion in May. The Nativity is his third assignment since his priestly ordination, but he has had the opportunity to teach religion classes in his previous parishes and has extended that experience to the Nativity classrooms.

“I believe that Christ didn’t become a human being to teach us to become God, he taught us to be truly human, and so I have a very down to earth and humble spirituality of incarnation,” said Reed.

Reed aims to be an accessible role model for Nativity students because he wants to show them that God is accessible too. His mission and influence doesn’t just extend to those who sit in the pews for Mass each day, as Reed is active on campus, attending student sporting events and even organizing a fantasy football league among staff. .

He also attended the annual Nativity “Hallelujah” burial this year and applauded the tradition, saying the reminder helped him remember not to say a word during the Lenten season. He also said that he was also struck by the true devotion and reverence of the parish and explained that it drew him to the Nativity.

“I’m so grateful to be part of such a wonderful, supportive, loyal and diverse community. I think [Nativity’s] diversity is what really matters most to me,” Reed said. “Despite the differences [demographics]they all seem to get along and it fits together well, … it’s inspiring.

For more information about the Catholic Church of the Nativity and for Mass dates and times, visit its website at nativitycatholicchurch.org.