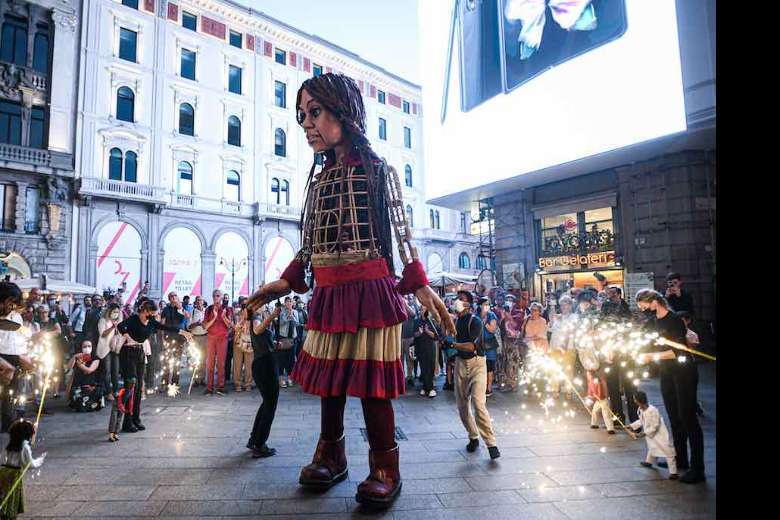 When Pope Francis recently paid a visit to so-called Catholic Hungary, it was short-lived. He felt unwelcome because he defends the rights and dignity of every migrant and refugee who seeks acceptance, understanding, shelter, care and help. But Prime Minister Viktor Orban and Hungarian officials tell Pope Francis they view refugees and migrants fleeing persecution and hunger as a Mongol invasion. They gave Francis a copy of a 13th century letter from Hungarian King Bela IV to Pope Innocent IV. The letter called on the then Pope to help him resist the Mongol invasion of Hungary and Europe. Orban sees himself as the defender of Christian values â€‹â€‹in Hungary and in Europe.

This is monumental hypocrisy. In addition, Orban is an autocratic right-wing leader who has hampered free speech and the media. According to a CNN report: â€œBalazs Orban, Deputy Minister in the Prime Minister’s Office, described the giveaway on his Facebook page, saying: ‘There are many similarities between the situation then and todayâ€¦ we should learn from history. Pope Francis said, “My wish is that you are.. Founded and open, rooted and considerate” for the refugees.

The government of Catholic Poland is not very welcoming either, especially as asylum seekers from Belarus are turned away. According to data released by the Polish Interior Ministry, between August 1 and August 18 this year, some 2,100 migrants attempted to enter Poland via Belarus, of whom 1,342 were “barred from entering. “.

Among the least welcoming countries are those with an Orthodox Christian tradition: North Macedonia, Serbia, Croatia, Bosnia and Herzegovina, Montenegro and Catholic Hungary. They closed their borders and slammed the door in the face of thousands of desperate and homeless migrants and refugees. The refugees endure hardships and flee poverty, war, violence, hunger and misery, just like the parents of Jesus of Nazareth flee to Egypt pursued by the killers sent by King Herod. The heart of Jesus of Nazareth’s message is to welcome the stranger, to consider all people of equal worth, with equal rights and Children of God and to help and assist them as the Good Samaritan helped the dying on the brink. of the road . In this story, the priest and politician walked past, ignoring the plight of the man who was attacked by gangs and left to die. The story tells who is indeed the real neighbor. He is the person who helps the needy and shows love like the Good Samaritan did. The Samaritan himself was an outcast in the Jewish state at this time. Today Palestinians are excluded, occupied and oppressed by Israel to their eternal shame by ignoring their rights to freedom and justice in Palestine today. Thousands of Palestinians have fled abroad as migrants and refugees. Thousands of people around the world from Syria, Afghanistan and Iraq seek asylum in Europe and refugees from South American countries seek asylum in the United States. The colonial conquest of nations caused centuries of global injustice, exploitation of natural resources, oppression of the poor, and glaring inequality and poverty in South America, Africa and Asia. Western nations were the colonialists and got richer because they engaged in exploitation supported by force and war. It continues today by proxy and now refugees and migrants are escaping the impossible living conditions caused by powerful nations like Russia in Syria and tyrants in South America in cahoots with multinational corporations in the West.

Recently Ireland, as an example, is cited as being tolerant and tolerant of migrants and refugees. He has undergone a massive change over the past twenty years, from Catholic to secular. It is becoming a more multicultural country with migrants and refugees adding to the mix of the population. However, change and acceptance come slowly. There are still negative attitudes towards migrants.

â€œThe Irish Network Against Racism (INAR) has launched the 2020 findings of iReport.ie – the system for reporting racist incidents. He found that the total number of incidents has increased and that there have been a record number of hate speech incidents, â€a report said in the Irish Examiner from March 23, 2021.

There were 700 racist incidents in 2020, up from 530 in 2019. It also reported 334 cases of racist hate speech, 159 criminal incidents, 51 racist assaults and 594 incidents of hate speech, all reaching a new high. “It was a bad year for everyone and the racism and hate crimes made it even worse for all minorities.” Most of these actions have apparently been directed against people of African descent.

Despite this, there is a high level of tolerance towards people of different faiths in Ireland. In 2011, a census revealed that there were 12,791 Filipinos living in Ireland. This has increased dramatically by 2021. They are hired workers for the health sector and the country depends on them for nursing services and they are warmly accepted.

Black Irish people are sometimes discriminated against but more accepted nowadays. Last year, 26-year-old Pamela Uba was crowned Miss Ireland 2021, becoming the first black woman in history to win the title. The competition has been running since 1947. It is “crazy to imagine that 74 years had passed before someone else won this award,” she said according to a BBC report. “I’m the first and it’s amazing – people look up to me and I never thought I would be in this position.”

Pamela moved from South Africa to the Republic of Ireland at the age of seven, with her mother and three siblings.

So times are really changing, and they will continue to do so.