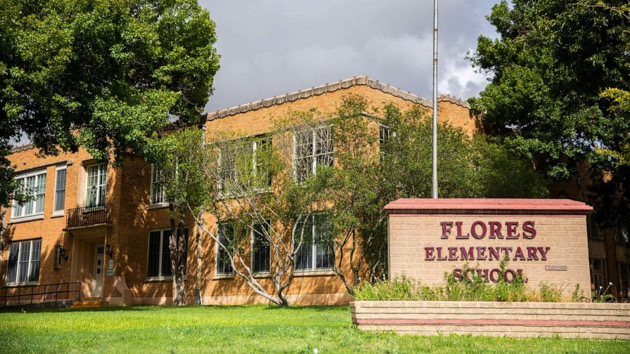 “I prepare myself mentally”: students and teachers of Uvalde facing the new school year

“I slammed my door. I turned off the lights and said to the kids, ‘Let’s go, let’s go.’ They knew what to do,” she told ABC News.

As soon as they hid in a corner of the classroom, they heard gunshots in the hallway, Avila said, and the children started crying.

When Avila got up to check on her students, she said she felt a gunshot pierce her abdomen and she fell to the ground.

“The children are terrified,” she says. “I was in so much pain. I couldn’t move, I couldn’t speak.

She said her fifth graders comforted her and said, “It’s going to be okay… We love you.

The shooter never entered Avila’s class. She spent weeks in the hospital to recover.

As summer drew to a close, Avila, an educator for more than 30 years, knew she was not ready to return to school.

Tuesday marks the first day of school for the Uvalde School District, more than three months after the May 24 massacre that killed 19 students and two teachers. The school year, which usually starts in August, has been pushed back to give everyone more time to prepare for the new year.

With Robb’s doors closed, students from this school will transfer to one of three other elementary schools in the district.

The students who were injured at Robb have left the district and are now attending Sacred Heart Catholic School in Uvalde, where classes began in August, according to the diocese. Following the massacre, Sacred Heart said its enrollment more than doubled to more than 100 students.

Some Uvalde families, critical of school district safety protocols, are not ready to send their children back to classrooms and are opting for homeschooling or virtual learning. The Uvalde School District said it has created a new virtual education setting so children can learn from home and access counselors and other resources remotely.

Eight-year-old Zayon Martinez, who was at Robb on the day of the massacre, is one of those choosing virtual learning as he begins third grade.

Zayon didn’t act like himself for weeks after the shooting, his father, Adam Martinez, told ABC News. Zayon is starting to return to normal, he said, but is still having nightmares and being extremely cautious.

Earlier this summer, Adam Martinez said he knew his 12-year-old daughter and Zayon would not be ready to return to their classrooms.

“We started lobbying the school board and the police, the city council,” he said. “We were calling for actions like more school security, fire the cops, fences, bulletproof windows.”

The district quickly “started to move a little faster” with the new protocols, like fencing and a bigger police presence, he said.

A state investigation found that the police response to the school shooting was delayed by 77 minutes and plagued by setbacks. A special committee of the Texas Legislature released a report that concluded that School District Police Chief Pete Arredondo “did not perform or transfer the role of incident commander to another individual.”

Arredondo was fired on August 24.

His attorneys said in a statement that day that he could not have served as incident commander because he was on the front line and officers were unaware there were other people in the room with the shooter.

The legislature’s report also found shortcomings in facility maintenance and advance preparation, including insufficient security at entry points and a “culture of non-compliance by school staff who frequently held doors open and bypassed deliberately the locks”.

District Superintendent Dr. Hal Harrell announced new safety measures this summer, including the assignment of 33 state public safety officers to the district; installation of 500 cameras; create a single entry point in each school; and the hiring of a “campus watcher” to walk the grounds and check gates, locks and doors.

Avila, who is not returning to teach while recovering, said she doesn’t know what will make students and parents comfortable returning to class because she sees many gaps in district protocols.

Avila said schools in Uvalde needed better training, nothing that teachers had been trained for a “lockdown” but not an active shooter.

“I know if the shooter is in the building we should try to get out. But we have never been trained, how are you going to get out if there is someone in the building? she said, noting that the windows in the classroom didn’t open.

She said some of the protocols – locking doors and turning off lights – were a hindrance for police who had no idea they were in the classrooms.

The district said it would conduct “extensive professional development and training on campus safety, campus and district protocols.”

Avila is also concerned about communication with staff. She said she texted her manager saying she was shot, but said it was not shared with police.

The district promised to “evaluate and audit communication and WiFi” on its campuses.

“A lot of them don’t have adult supervision during this time…so it’s up to the child to be disciplined and follow through.” And we just haven’t seen that happen,” she said.

Adam Martinez said his wife will be home to monitor their 8- and 12-year-old children’s virtual learning. The family plans to reassess online instruction at the end of the semester.

Venessa Rendon sends her three children back to school in person, including her son who attended Robb.

“With me, going virtual is not an option. I feel like their interaction with their peers and then being in a classroom is more beneficial to them,” she said.

Junior Andrea Perez said her mother wanted her to try virtual learning, but thought it would be too difficult to learn this way. Her cousin who dated Robb is not yet returning to in-person learning, she added.

“I prepare myself mentally,” she said. “I’m ready to come back, to try and get some normalcy back into my life, but it’s really tough.”

Cazares struggled to stay focused during COVID-19 virtual learning, so she chose in-person to have more interaction with her teachers.

“Everyone is a little divided” on the start of the school year, she said. The teenager said she thinks the district hasn’t “done much” to improve safety.

Veronica Mata, whose bubbly 10-year-old daughter Tess Mata was killed in Robb, returns to her job as a kindergarten teacher at another elementary school in Uvalde.

“Teaching has always been something I wanted to do. And I know Tess would have wanted me to come back,” she told ABC News. “I think if I had stayed home it wouldn’t have been good for me.”

She added: “We want accountability. But we cannot let this anger take over our lives. Tess wasn’t an angry person and I don’t think I can live being angry all the time.