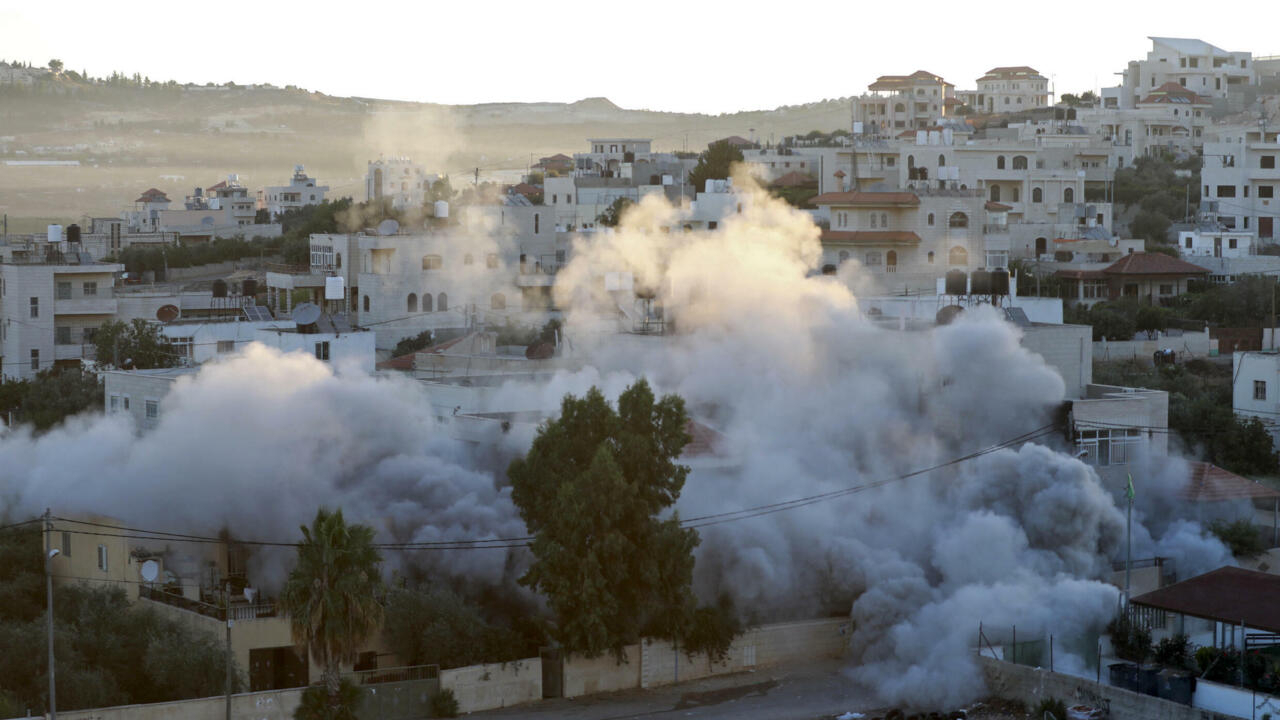 The IDF said on Thursday it had demolished the home of a US-born Palestinian accused of shooting and shooting a Jewish student in the occupied West Bank.

The move was denounced by the United States, which said the punitive demolitions of Palestinian homes “exacerbate tensions and undermine efforts to advance a negotiated two-state solution.”

An IDF spokesperson confirmed that “troops demolished the terrorist’s residence [Montasser] Shalabi, in the village of Turmus Ayya, northeast of Ramallah “.

Shalabi, 44, was arrested by Israeli forces in May after allegedly shooting at passengers waiting at a bus stop at the Tapuah junction south of Nablus in the northern West Bank.

The attack killed 19-year-old Yehuda Guetta, a seminary student in the Itamar settlement, and injured two of his friends.

Shalabi is in custody but has not yet been sentenced.

The demolition came after Israel’s highest court dismissed the appeal of Shalabi’s ex-wife, who claimed her life was centered on the United States and that he had only made occasional visits to the West Bank home.

The Supreme Court accepted the state’s position that the house belonged to Montasser Shalabi and that he had spent time there while in the West Bank, ruling that the army was therefore justified in applying a punitive measure. to the property.

Sanaa Shalabi, 40, told AFP that troops first arrived at 1 a.m. to place explosives around her house. The demolition operation lasted all night and until morning.

“This is our life. What happened to us is normal. We were prepared for it,” she said, and called her husband a “hero”.

Israel believes that the demolition of the homes of the attackers deters such attacks in the future, but critics denounce the practice as unwarranted collective punishment which often sees children losing their homes due to the conduct of a parent or child. other parent.

The army said during the demolition “about 200 rioters threw stones and fireworks” at the troops, who responded with “means of dispersal of the riots”.

Montasser Shalabi did not live in the house that was destroyed, according to the Israeli human rights organization Hamoked, which unsuccessfully challenged its demolition in Israel’s Supreme Court along with Sanaa Shalabi.

Executive director Jessica Montell said the couple are estranged. Sanaa Shalabi lived in the house with three of their seven children. The whole family is also American nationals.

“The man accused of the attack does not live in the house,” Montell said, adding that he lived in the United States and would come “once or twice a year.”

Sana’a “was in no way involved and knew nothing about the attack. We thought that should be a reason not to demolish or just demolish a room,” she added.

She said Montasser Shalabi suffered from mental illness, a claim which was also raised in the court’s petition but was rejected by the judges, who said he was examined after the attack and was deemed sane.

The demolition of houses and Israel’s general conduct in the occupied West Bank are likely to cause friction between the administration of US President Joe Biden and new Israeli Prime Minister Naftali Bennett, a die-hard nationalist who previously headed a lobby council settlers in the West Bank.

The US Embassy in Jerusalem said, â€œThe home of an entire family must not be demolished for the actions of one individual.

A source in Bennett’s office said that although the prime minister “respects and appreciates the US administration,” his decisions were guided solely by “Israel’s security needs and to protect the lives of Israeli civilians.”