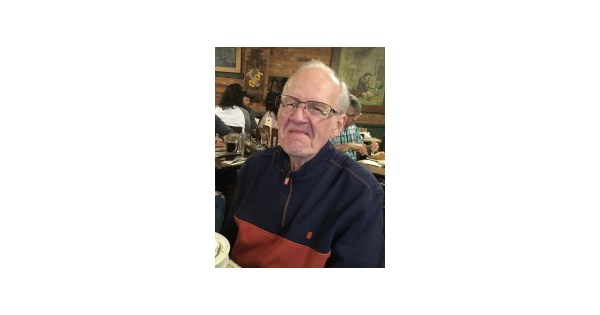 By Lois G. Santiago Last updated Jan 25, 2022
Share
INSLEE, James Franklin “Jeff” passed away peacefully on January 21, 2022 at Soin Medical Center. Born July 6, 1941 in Cohasset, MA. The eldest of three brothers, as a child Jeff enjoyed playing baseball and earned the rank of Eagle Scout in the Boy Scouts of America where his appreciation for teamwork, leadership and service began. In 1959, he graduated from St. Jean-Baptiste French Catholic School, Lynn, MA. Earned her Bachelor of Arts from St. Francis College in Biddeford, ME. He received a full scholarship to the Antioch Putney Graduate School of Education and earned his MAT in 1966. Jeff taught 7th grade math, history, and English at the Ohio Soldiers and Sailors Home in Xenia, OH from 1967 to 1969. During this time he met his future wife, Josephine Sanko, an adult teacher. They were married at St. Paul’s Catholic Church in 1974 and decided to make Yellow Springs their permanent home. Later he left education and pursued sales and management with Donnellon McCarthy Inc. in Dayton, OH.
Jeff and Josie have two children, Aimee, born in 1975, and Brian, born in 1979. Jeff was an active parishioner at Saint Paul Catholic Church. In 1976 he befriended fellow parishioners Mike and Fran DeWine. It was during Mike’s first run for political office that Jeff and Josie began campaign work and a friendship that continues today. Jeff served as a district representative for Congressman DeWine from 1985 to 1991. From 1991 to 2017, he was employed by the Ohio Lottery Commission and ended his career as a key account manager.
Nothing meant more to Jeff than his family. He was a devoted husband, father and grandfather, with a booming voice and a hearty laugh. He always offered encouragement when you needed it and had an easy smile. He just had a way of making you feel good. You may have met him in the 80s coaching Saturday youth football for his son’s team, or at The Tastee Freeze (now Corner Cone) when Josie owned it from 1986 to 1995, or that he was playing Santa Claus at the annual YS Senior Citizen’s. Christmas party, or announcing YSHS football matches. He loved vacations in Maine, good food, his beloved Boston Red Sox and all the teams in Boston. He never lost touch with his New England roots. He had a kind word for anyone. He adored his granddaughter, Fiona and really enjoyed being on the court with her for the past two Perry League T-Ball seasons.
He was predeceased by his parents, Eileen O’Flahavan Inslee and Randolph Perrin Inslee; and his brother, Lawrence Inslee.
Jeff is survived by his wife of 47 years, Josephine Inslee; son, Brian Inslee; daughter, Aimee Garcia; son-in-law, Angelo Garcia; granddaughter, Fiona Garcia; brother, John Inslee; sister-in-law, Doris Inslee; sister-in-law, Catherine Lewandoski; nephews: Gage Inslee, Shea Inslee and Andrew Lewandoski; and his niece, Josie Delaney.
The family will receive friends on Thursday, January 27, 2022 at the Jackson Lytle & Lewis Funeral Home, Yellow Springs from 5:00 p.m. to 7:00 p.m. and again on Friday, January 28 at the funeral home from 10:00 a.m. to 10:45 a.m. am with a Christian burial mass beginning at 11:00 a.m. at St. Paul’s Catholic Church. Internment will follow at Saint-Paul Catholic Cemetery.
Social distancing protocol will be followed and face masks will be required. In Jeff’s memory, please consider making a donation to the Hospice of Dayton. Expressions of sympathy may be left for the family by visiting www.jacksonlytle.com
To send flowers to the family or plant a tree in memory of James Franklin “Jeff” Inslee, please visit our Tribute Shop.

What to know before borrowing