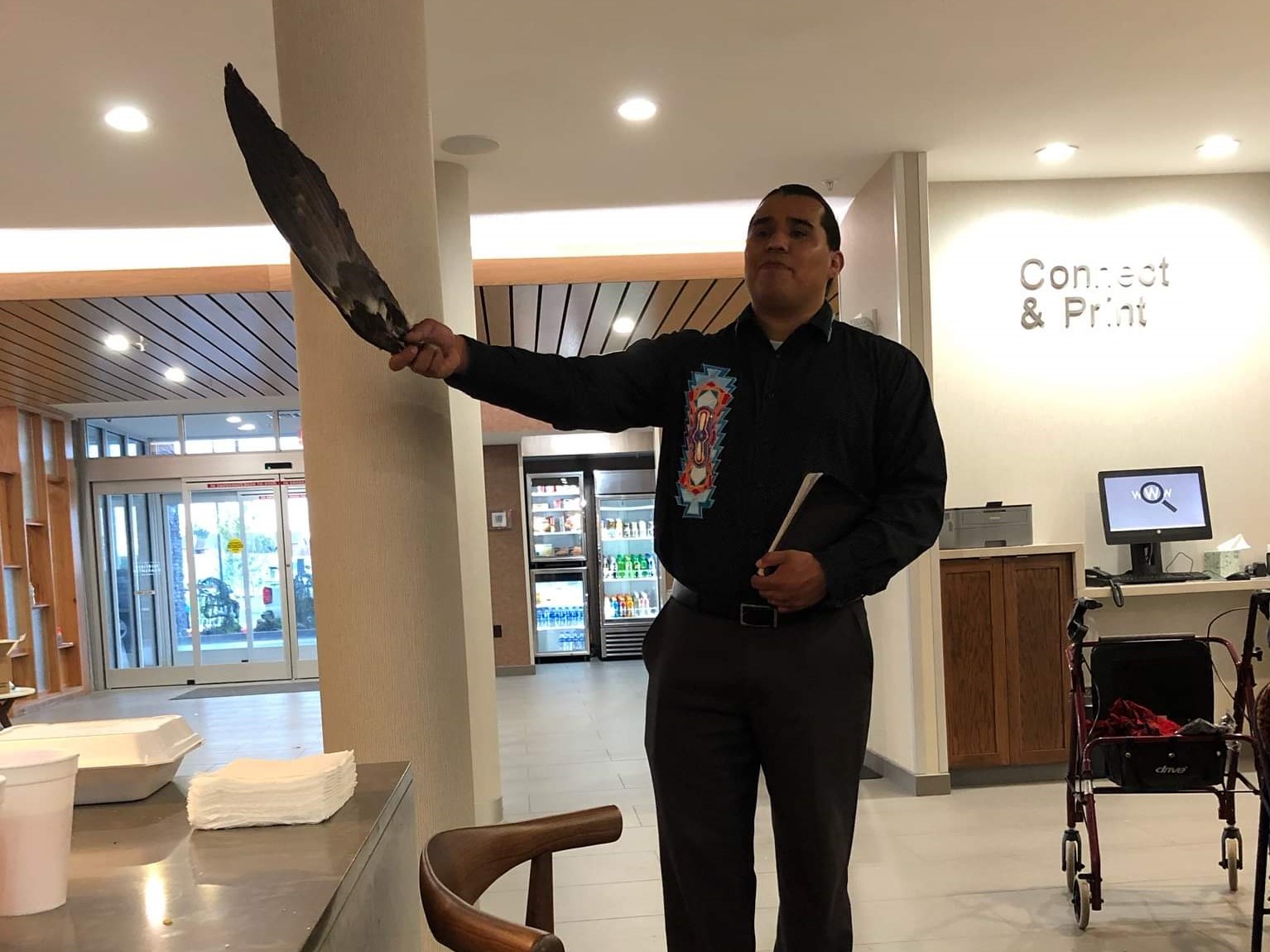 Jay Mule’s life is testimony that God uses those who dedicate their lives to Him, even when their very existence seems out of control.

Mule, from Ardmore, was not brought up in a Christian home, but he had parents who took him and his younger brother to church. God called him to be saved when he was 7 years old.

“As a child, I was fascinated by God and my new relationship with him,” Mule said. “However, upon entering adolescence, my spiritual life deteriorated and I experimented with all sorts of vices, especially alcohol.”

Consequently, his lifestyle got him into criminal activities and he was arrested many times.

“I would be sentenced by the court to various institutions for juvenile delinquency,” he said. “In addition to that, I was sent to Carter Seminary, a Federal Indian Residential School. Overall it was a positive experience, but it didn’t solve my problems. »

After high school, Mule ended up in several alcohol rehabs and was in and out of city and county jails. Eventually, he said, the lifestyle he led brought him to the end of his rope.

“I became so overwhelmed with hopelessness and hopelessness that I constantly thought about ending my life,” Mule admitted. “I knew all along that I was disobedient to God. I knew I was saved, but I just chose to ignore God’s call for me to repent.

As his life hit rock bottom, he made the decision to attend a church that reached out to him in times of need.

“I enjoyed my visit so much that I continued to attend even though I was still struggling spiritually,” he said. “One evening, while I was going out with some friends, I argued with them about whether God exists or not. As I defended the existence of God, I was convinced of my disobedience. The following night, I informed the church that I had made the decision to rededicate my life to the Lord.

Years later God called Mule to preach and he was ordained to the ministry in 2005. For 16 years he served as an evangelist in Indian Baptist churches and ministered throughout Indian country. For the past five years, he has served as pastor of Chief Cornerstone Church in Geary and concurrently serves as missions director for the Cheyenne Arapaho Association, tending to the spiritual needs of the Cheyenne and Arapaho churches.

Due to the decline of Indian churches, congregations and leadership in western Oklahoma, Mule said missions were the primary focus of his ministry.

“We hold vacation Bible schools and revivals,” he said. “We feed children at tribal gatherings and make ourselves available for all tribal activities. Most importantly, we are restarting churches that have closed and planting new ones (in Seiling and Hammon). »

Mule said they challenged themselves to go outside their borders and do missions. Prior to the COVID pandemic, they ran the vacation Bible school in Hollywood, Florida, First Seminole for four years.

“Our goal and our desire is to take a team to care for our Cheyenne and Arapaho relatives in Montana and Wyoming,” he said.

Mule said their greatest opportunity to reach the lost is through Powwow Bible Clubs.

“It’s a unique ministry that places us among the people, and in particular, it’s a chance to share the gospel with the unreached,” he said. “The Powwow Bible Club is a ministry that cares for children and youth attending any powwow or tribal gathering. Our goal is always to run a Vacation Bible School and make it an organization they can keep in touch with. However, due to a lack of manpower and resources, we are not always able to achieve everything. But anyway, we teach and serve for the duration of the powwow.

Mule noted that they are highly visible as they set up their teepee, wake-up tent and inflatables, and made cotton candy, snow cones and popcorn available to all. They also practice the tradition of tribal food where everyone is welcome to come and eat at their camp.

“After so many years, every powwow expects us to be there and enjoying what we’re doing,” Mule said. “That’s the main reason they allow us to come into the powwow circle to tell everyone why we’re here. We take advantage of these moments to share the Gospel with hundreds and sometimes thousands of people present. We even held our own powwow and shared the gospel with tribal nations across the country and across Canada.

Mule said his family consider themselves Powwows, which means they dance/sing and compete in Powwows all over the country.

“We are aware that we are ambassadors of the Lord and that we represent him wherever we go,” he said. “Therefore, we take advantage of these opportunities to share the wonderful gospel of Jesus Christ to the tribal nations.”

The Mule family consists of his wife, Toni Tsatoke-Mule, and his two daughters, Jaylee, 9, and Lily, 7.

Due to the generous giving of Oklahoma Baptists through the Cooperative Program, an incredible array of ministries are supported. This unified gift encourages fellowship with other believers around the world. Collectively, Oklahoma Baptists advance the gospel together.