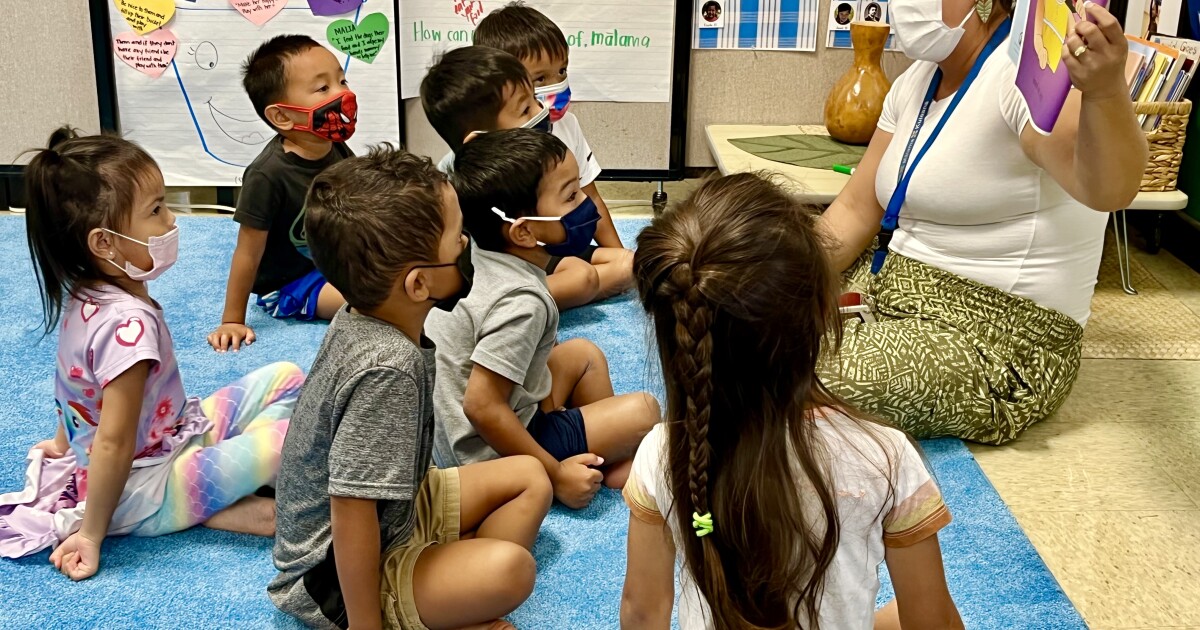 Kamehameha Schools opened the doors to their new Kikiwelawela Nursery School in Heʻeia this spring – amid the ongoing COVID-19 pandemic. After just three months, a growing demand for windward early childhood education is prompting the school to expand – doubling its windward keiki capacity this fall.

Kamehameha Schools opened the doors to their new Kikiwelawela Nursery School earlier this year on the former site of the now closed St. Ann’s School in Kāneʻohe.

Andrea Waiaʻu, Hope Poʻokumu or Deputy Principal of Kikiwelawela, said the application for early learning places at the Heʻeia Campus of Kamehameha Schools, just up the road, received 171 applications for the 2020-2021 school year.

“Of these applications, we could only accept 60 keiki. So it’s a huge need,” Waia’u said. “It shows us that there is a very great need in our community. So when St. Ann’s closed, it was a great loss to the community. And Kamehameha saw the need.

Starting a new kindergarten amid the COVID-19 pandemic has come with challenges, said Mikala Limpahan, one of Kikiwelawela’s lead teachers. She said there was a strong emphasis on teaching keiki how to malama themselves by wearing masks, washing hands, etc.

“They’re still able to interact with each other, but there are barriers in place for their safety that prevent them from being able to splash into the water table, you know, smash that playdough together,” Limpahan says, “We always teach keiki, ‘We share aloha, not germs.’
Waia’u said part of what is driving demand at one of Kamehameha’s 30 preschools statewide is its model of education based on Hawaiian culture.

“He has Hawaiian names that speak to where his family is from – Maui and Niʻihau. He has a Tahitian name. His names carry stories about who he is and where he comes from, and that’s important to us as that family know that story and then share it when he can,” De Silva said.

Since opening its doors in Kikiwelawela, Waiaʻu said demand has skyrocketed. With only 90 places available at the three campuses of Kamehameha schools in the region, they received over 250 applications.

“So due to this demand, we decided to open two additional classrooms – doubling our capacity in Kikiwelawela from 40 to 80 places,” Waia’u said. “I think it’s worth mentioning that it’s a step in the right direction, but there’s still a greater need for early childhood education there.”

Deepening discernment: at the heart of the newly instituted propaedeutic scene at Saint Paul Seminary – Newsroom