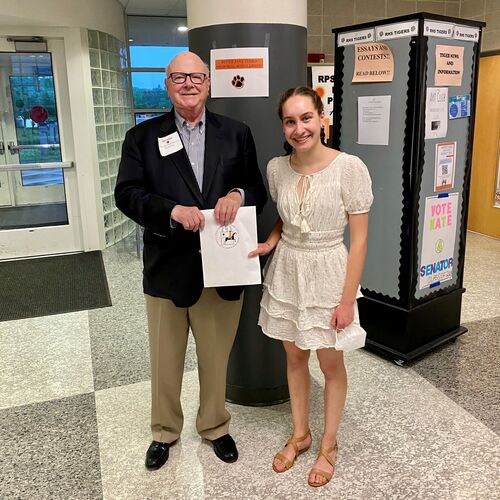 Keeler Tavern Museum & History Center is proud to announce that Sara Hansen is the recipient of the 2022 Bettie Jane Third Memorial Scholarship.

Hansen, who is graduating from Ridgefield High School this week, has been volunteering at KTM & HC for years. She began her volunteering by participating in the museum’s Junior Interpreters program, which enables young people to help share the stories of the site with the public. Hansen received his early training from his mother, Jenn Hansen, a KTM & HC board member and volunteer interpreter. In October 2020 and 2021, Hansen performed as a “ghost” on the museum’s popular “Ghosts of Ridgefield” specialty tours, telling stories to crowds of sold-out visitors first as the Wild Thing of the children’s book by Maurice Sendak. where the wild things arethen in 2021 as Sybil Ludington, a young woman who during the Revolutionary War is said to have traveled more than 40 miles through dangerous woods to alert her father’s militia to approaching British troops.

According to KTM & HC board member Joel Third, his late wife Bettie Jane “would be very pleased with the selection of Sara Hansen, who has been a great supporter of the museum in various ways.” Hansen’s contributions to KTM&HC’s interpretation of site-specific and local stories will leave a lasting impact on the museum and its visitors, and KTM&HC is pleased to recognize his achievement and support his future educational efforts with this stock Exchange.

Prof. Paulraj Rayappa joins the priests of the Diocese of Salt Lake City; will be hospital chaplain

Christian groups at the forefront of drug work in Scotland, report says