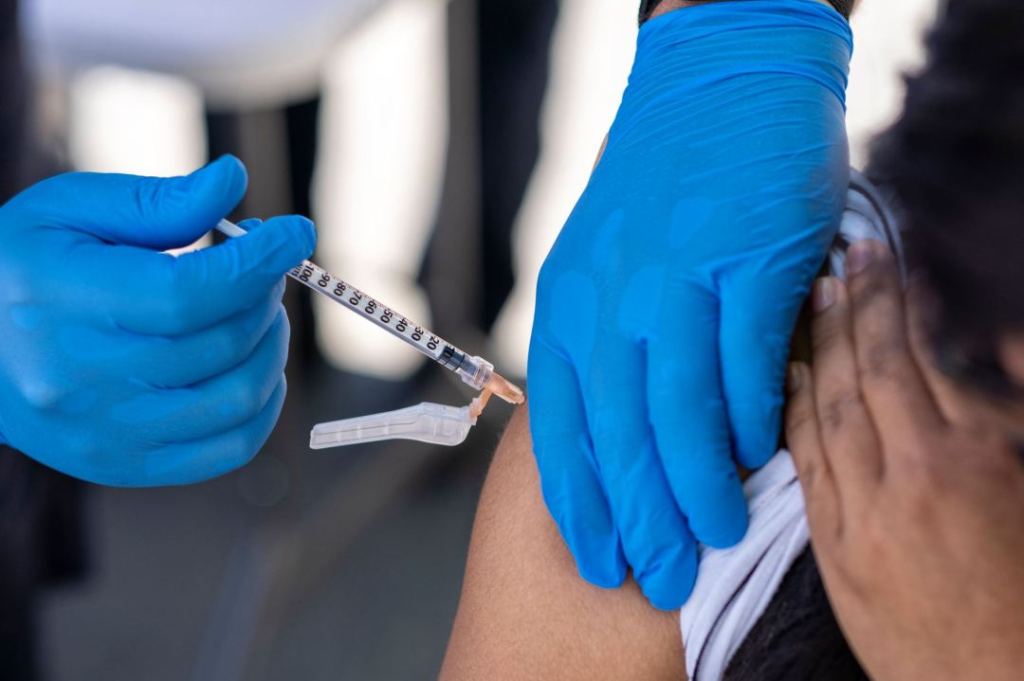 The Los Angeles Unified School District has been the subject of a lawsuit over its mandate that students aged 12 and older receive their COVID-19 vaccines, a requirement that the plaintiff’s lawyers argue is illegal because it does not allow religious or personal belief exemptions.

The lawsuit was filed last week on behalf of a parent of a 12-year-old student who claims their child, as well as other LAUSD students who fail to comply with the warrant, would be discriminated against by being denied an education in person. and the opportunity to participate in after-school programs.

The plaintiff, identified in court documents only by the initials GF, argues that their child would be denied participation in two extracurricular activities in which he is currently involved, when he misses the October 31 deadline for LAUSD students in after-school programs receive their second dose of the Pfizer-BioNTech vaccine, and would be banned from campus in the second semester for failing to meet the mid-December deadline for all other eligible students to receive their second dose.

Students with certain medical conditions are exempt from the mandate. In addition, migrant students, as well as those facing homelessness, are in foster care or who come from military families receive “conditional admissions” that exempt them from the warrant.

The complaint also states that LAUSD officials do not have the authority to demand that students receive a vaccine that is not currently on the state’s list of mandatory vaccines for schoolchildren.

Governor Gavin Newsom announced this month that all K-12 students in California must be vaccinated against COVID-19 after the United States Food and Drug Administration approves the vaccine for their groups. age or their levels, such as K-6 or 7-12. So far, only the Pfizer vaccine has received full approval for people 16 years of age and older. The vaccine can be given to children 12 to 15 years of age under current emergency use authorization.

The complaint further stated that the district required that eligible students be vaccinated regardless of the fact that some previously infected students have natural immunity to the coronavirus.

“California law supports existing statewide immunization requirements for schoolchildren; however, an individual mandate from the public school district requiring children to receive a vaccine that is not on the state’s immunization list and is not yet approved by the FDA, for a virus that many of its students already have. immune and which does not generally cause serious conditions, and which presents very real risks to the health of children, is indeed unprecedented, ”states the complaint.

A LAUSD spokesperson declined to comment on Thursday, October 14, saying the district had not been served with the lawsuit.

The complaint referred to several studies that raise questions about the benefits versus risks of giving COVID-19 vaccines to children and cited an increase in cases of myocarditis – inflammation of the heart muscle – especially in adolescents. male.

He also noted the decline in coronavirus cases at LAUSD since the start of the school year and said infected children often had mild or no symptoms. Citing data from the American Academy of Pediatrics and the Children’s Hospital Foundation, the complaint indicated that just under 1% of children in reporting states with COVID-19 were hospitalized as of September 2.

LAUSD officials, meanwhile, insisted that the benefits of getting the vaccine outweigh the risks.

In addition to the case against LAUSD, a similar lawsuit was filed this week against San Diego Unified by the Let Them Breathe group, which was formed in opposition to school hiding warrants and which subsequently launched a Let initiative. Them Choose to oppose COVID-19 vaccine mandates for students.

The San Diego school board voted in September to require students 16 and older to be vaccinated against the coronavirus in the coming months.

The plaintiffs in both cases are represented by Aannestad Andelin & Corn LLP, based in San Diego County.