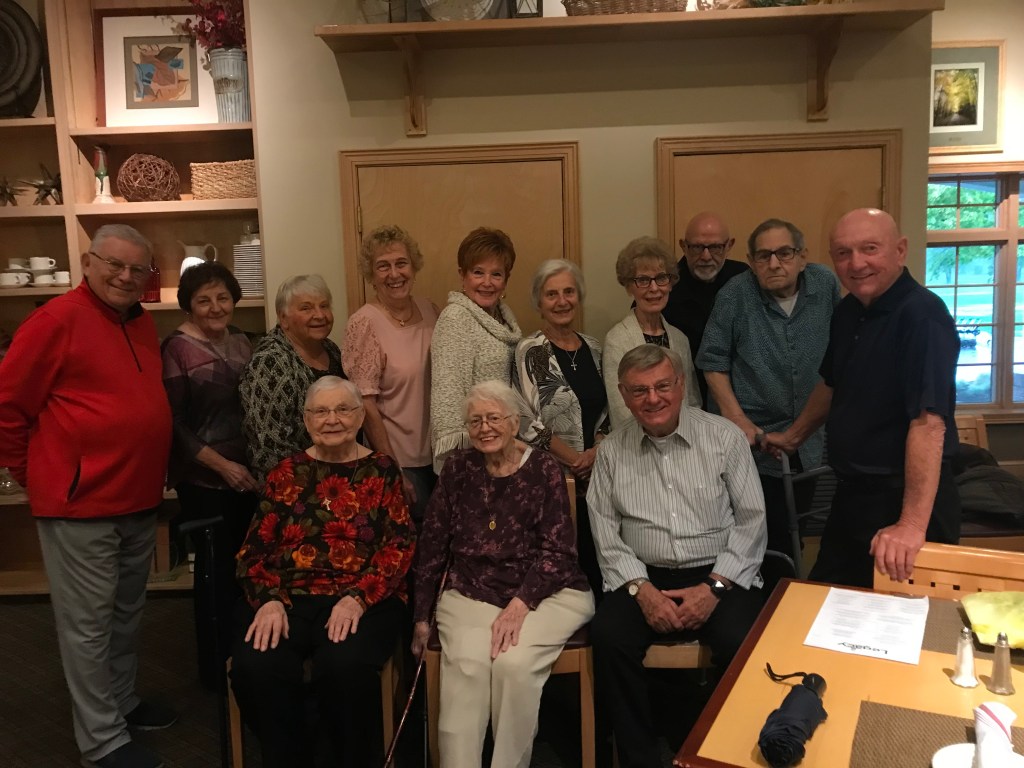 One of them ended up being a legendary local high school basketball coach.

Another has a cellar.

One was a teacher, and because it was a Catholic school, of course, one became a priest.

This is a small sample of what became of the 1956 class at St. Mary’s, the only Catholic school in Lorain at the time.

It was located on West Seventh Street and Oberlin Avenue, across from what is now a huge social housing building.

There are 23 left, and nearly all of them made their way to a banquet hall at the Legacy Restaurant and Grille in Avon Lake for their 65-year-old class reunion lunch on September 22, as heavy and steady rain fell in the outside.

The man who became the basketball coach was Jim Lawhead, who ended up coaching high school basketball in Lorain, mainly Lorain Catholic, where he won 516 games and took that school to the finals. state in 1976.

In the fall of 1955, Lawhead was the quarterback for the 6-3 football team.

Two of his teammates, cellar owner half-back Norm Becko, and George Rusinko, who became an offensive lineman for the Notre Dame Fighting Irish, were also in attendance and were seen chatting together at a table near a giant window with a splendid view of the soaked Legacy golf course.

The motto of the class is: â€œMay today’s highest point of achievement be tomorrow’s starting pointâ€.

Seven of those years she spent in St. Mary’s.

The experience of attending St. Mary’s during this era of the 1950s, when there was so much hope and prosperity in Lorain and the United States, for that matter, has stuck with the graduates, Naelitz said.

Many stayed in the area after graduation.

Another graduate recalled how many large companies were in Lorain when they graduated.

â€œFord, US Steel, the shipyards,â€ the woman said, sparking at least two other mega-employers who had settled in Lorain at the time.

Lorain offered what passed for the time as the American dream.

Gasoline was 29 cents a gallon, and tuition in St. Mary’s was only $ 50 a year; unless you were a long-time member of the ward and received free classes.

Naelitz remembers the Catholic Sisters of St Mary’s complimenting the class of 1955.

â€œWe kept our noses on the rail. We were outright shooters.

And for one day in 2021, 65 years after their last walk through the halls of St. Mary’s, they were classmates again.