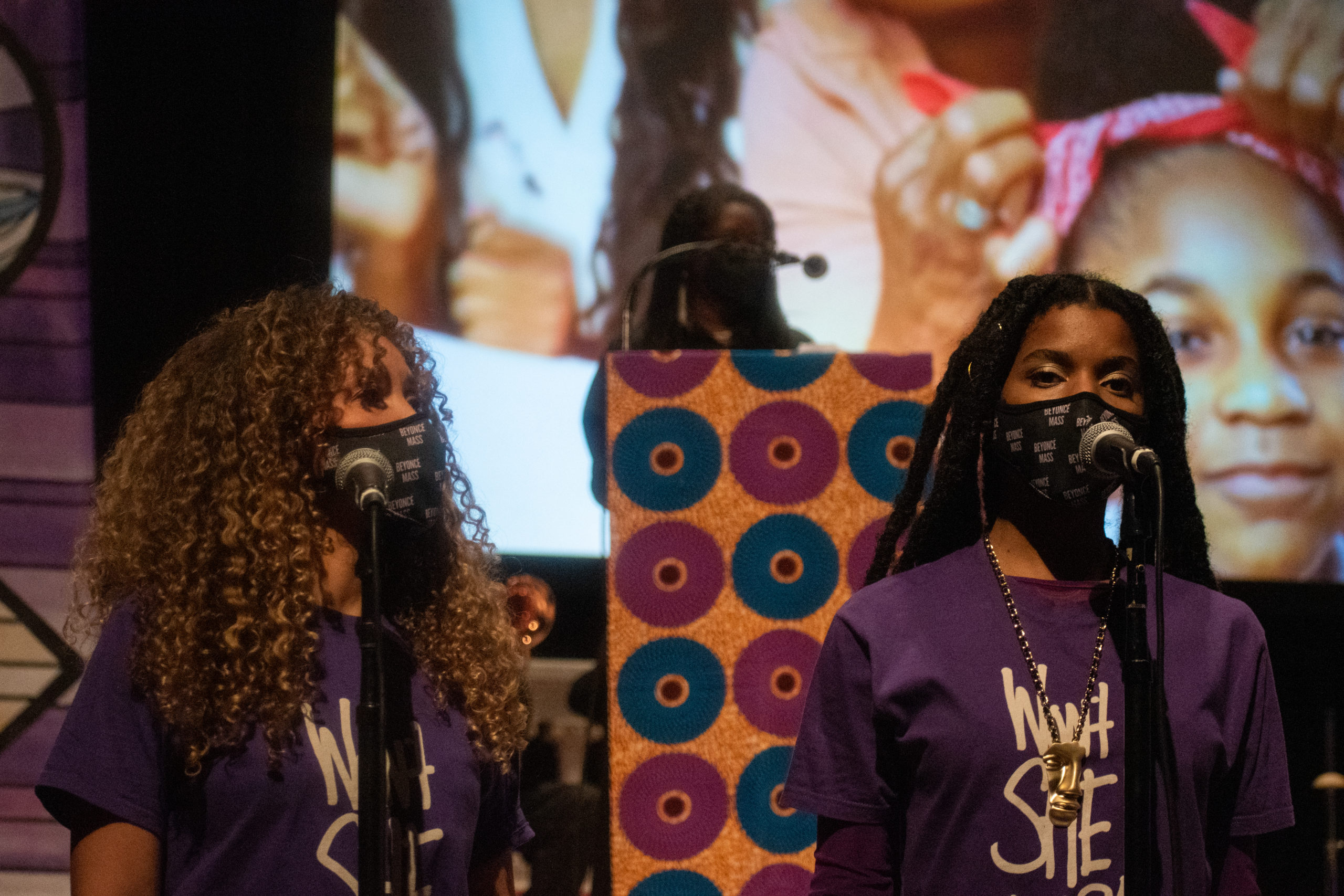 Mass for Beyoncé: A Celebration of Feminism at Memorial Church

As Beyoncé’s voice filled the building, Stanford students, affiliates and community members crammed into the Memorial Church on Wednesday night. They were there for the first in-person “Beyoncé Mass” in two years, hosted by Stanford’s Office of Religious and Spiritual Life.

Beyoncé’s mass is a self-proclaimed “woman worship service” that combines spiritual worship with the music and life of Beyoncé to empower black women. Hosted by Rev. Yolanda M. Norton, chair of Black Church Studies at San Francisco Theological Seminary, the event has held services around the world since its 2018 debut in San Francisco.

Brianna, a teacher from San Francisco who traveled to Stanford for the event, said she was drawn to the event because of its theme of “taking what Beyoncé does in her daily life and applying it. to ourselves”. For her, it is important to have “a space where we can all show our connection and our appreciation for the work that she has done”.

The stage at the front of the church was decorated with purple streamers and a screen showing images and videos of black women, interviews and scenes of resistance throughout the ceremony. The service began with an audio recording of Beyoncé stating that “the world wanted me to fail…I learned the beauty that comes with pain.”

The theme of feminism, which the cult describes as “someone committed to the survival and integrity of an entire people,” can be celebrated by all, Norton said. “It doesn’t matter what color your skin is, your gender, your gender identity, what country you’re from, whether you’re conservative or liberal. You are welcome in this space.

Throughout the ceremony, six female singers, along with several backing musicians, performed notable Beyoncé hits such as “Superpower” and “I Was Here,” as well as traditional black spiritual songs like “Lift Every Voice and Sing.” .

Organizers also released video interviews with black women affiliated with Stanford, including a conversation with Destiny Kelly ’24, who shared that while she was initially nervous about speaking in class at Stanford, she feels now “strong in my voice”.

Norton said growing up, she felt surrounded by “black superheroes” like Fannie Lou Hamer, who spoke at the Democratic National Convention to draw attention to the injustices black Americans face in the South. “She wondered whether or not it was America, whether we could allow the kind of harm done to black people to continue in this world,” Norton said.

The ceremony also included references to Christian religious ideas. “There are people here tonight that God has called to do wonderful, amazing, amazing new things,” Norton said. Throughout the service, members of the public stood in prayer and turned to neighbors to offer hugs, kind words or handshakes.

Towards the end of the service, members of the public moved forward to collect communion objects. The ceremony ended with the recitation of a modified version of the Lord’s Prayer: “Our Mother, who art in heaven and in us…deliver us in community,” they prayed. “For you are the abode within us, the empowerment that surrounds us, and the celebration among us now and forever.”

For some attendees, the event was their first experience with Beyoncé Mass. Samuel Good ’22 said he was drawn by curiosity about the significance of the event. “I saw Beyoncé Mass and was a bit confused by what it entailed, and wanted to know a little bit more about it,” he said.

The event was more spiritual than he had anticipated, with a “genuine focus on God and bringing people together to worship and really focus on what matters.” He said the event, which “encouraged everyone to be a part of it”, was very inclusive.

“I think a lot of times church services, if you don’t feel like you belong in that community, can be a very intimidating place,” he added.

Contrasting the event with her own experience with Catholicism at home, Anastacia Del Rio ’25 said that “having [her experience] reframed as a way to empower women of color and black women definitely made the idea of ​​religion a little more appealing.