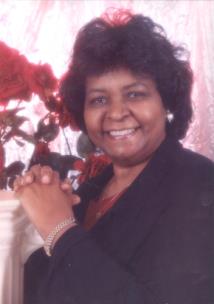 Mildred Comer Easley was born March 15, 1943 in Jackson, Tennessee to the late Milton Sr. and Alberta Comer. She was the 13th of 14 siblings.

Mildred accepted Christ at an early age and united with Blairs Chapel Methodist Christian Episcopal Church where she sang in the choir.


In 1960, she graduated from West High School and went on to study at Lane College. In college, she met Ben Easley. She graduated Lane in 1964 with a Bachelor of Science in Education. She left Jackson for her first teaching assignment in Hickman, Kentucky.


After returning from the Army, Ben and Mildred continued to date and were married on September 3, 1966. The couple moved to Chattanooga, Tennessee soon after the wedding. There Mildred gave birth to her two children, Bennetrious (Neet) in 1969 and Stunnislas (Stun) in 1971.


While in Chattanooga, Mildred was a member of the Stanley United Methodist Church. She has been very active in women’s ministry, choir ministry, Sunday school, Vacation Bible School, and served on the board of trustees. Outside of church, she was a founding member of Las Damas Distinction, a social/service organization that she helped organize with her friends. She was also a member of Jack and Jill where she served as president for one term.


In 2013, Mildred returned to her hometown of Jackson, TN. She wanted to come home to be closer to her nieces and nephews, and her daughter who lives nearby in Memphis, TN. She attended Wesley Chapel United Methodist Church under the spiritual direction of Reverend Sharon Lewis-Karamoko.


Mrs. Mildred Easley transitioned to her paradise home on her birthday, Tuesday, March 15, 2022. She leaves to cherish her memories her husband Ben Easley of Jackson, TN; his daughter, Bennetrious Easley of Memphis, TN; his son Stunnislas Easley and his partner Nicole McDonald of Ellicott City, MD; his brother, Sammy (Edna) Comer of Nashville, TN; three grandchildren, Jasmine McDonald, Inaya Criner and Memphis Easley of Ellicott City, MD, her brother-in-law, Coris Easley of Paris, TN, her sister-in-law, Ethel Jean Comer of Jackson, TN; his grandson, Charles Smelley, III of Chattanooga, TN and a host of nieces, nephews and other relatives.


Visitation for Mrs. Easley will be Monday, March 21 from 10 a.m. to 6 p.m. at Mercer Brothers Funeral Home.


The Easley family has entrusted their loved one to Mercer Brothers Funeral Home.