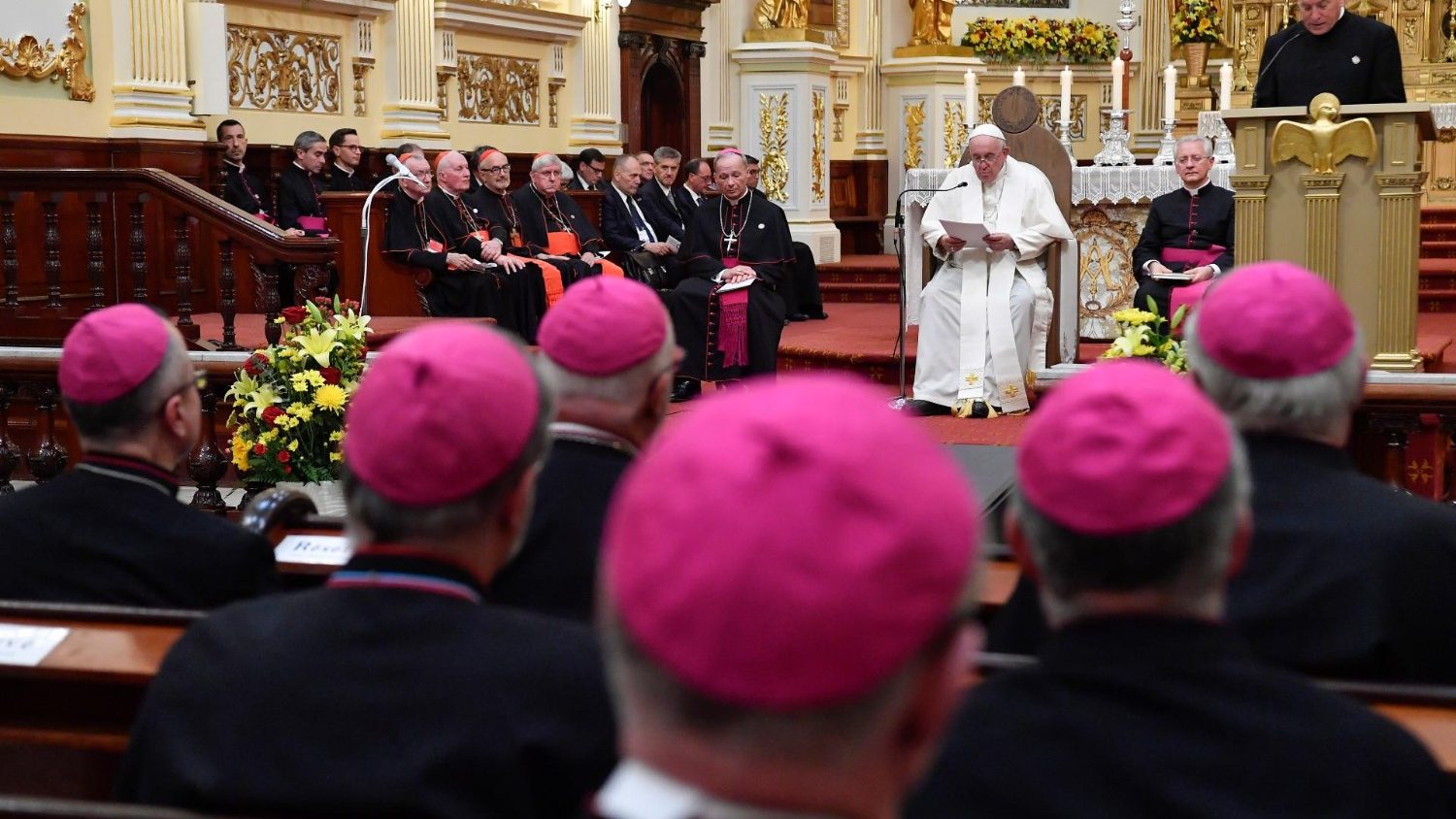 Ministries in the Church: the Pope calls for dialogue with the bishops

On the occasion of the 50th anniversary of the motu proprio “Ministeria quaedam” of Pope Saint Paul VI, Pope Francis reflects on the impact of the Apostolic Letter on the instituted and extraordinary ministries, and expresses his desire to open a dialogue with the Episcopal Conferences to continue the path traced fifty years ago.

Fifty years have passed since the motu proprio of Paul VI “Quédam of the ministry” has been published.

To mark the occasion, Pope Francis issued a message on Wednesday expressing his desire to begin a dialogue with episcopal conferences around the world “so that we can share the richness of the ministerial experiences that during these fifty years the Church lived both as instituted ministries (readers, acolytes and, more recently, catechists) and as extraordinary ministries and de facto ministries. »

The goal, explains the pope, is “to be able to listen to the voice of the Spirit without stopping the process, taking care not to want to force it by imposing choices that are the fruit of ideological points of view”.

For this reason, Pope Francis believes that “it is useful to share the experiences of these years, especially in the spirit of the synodal journey. This experience can offer precious indications to arrive at a harmonious vision of the question of baptismal ministries and so let us continue on our way.”

In his message, Pope Francis recalls that the Motu Proprio of Paul VI not only renewed the discipline of minor orders and the subdiaconate, “but offered the Church an important perspective that could inspire new progress.”

The possibility of further development of ministries was also discussed at the Synod on the Amazon.

The second, “Ministry of Antiquitypublished on May 10, 2021, establishes the ministry of catechesis.

“These two interventions, explains the Pope, should not be interpreted as replacing the previous doctrine, but as a further development made possible because it is based on the same principles – in coherence with the reflection of the Second Vatican Council” which had inspired Paul VI.

Pope Paul VI, following the requests of many Council Fathers, had in fact, fifty years ago, “granted the Episcopal Conferences the possibility of requesting from the Apostolic See the establishment of ministries deemed necessary or very useful in their regions “. Even the ordination prayer for bishops, during intercessions, indicates among its main tasks, that of organizing the ministries.

Foundations of each ministry

Pope Francis explains that “the question is of fundamental importance for the life of the Church: indeed, there is no Christian community that does not express ministries.”

This is shown in the Letters of Saint Paul, where “a generalized ministry” is described as “being organized on the basis of two certain foundations”: at the origin of all ministry, there is always God who, by his Holy Spirit, work all things. in everything” and “the goal of every ministry is always the common good, the building up of the community”.

Each ministry is therefore “a call from God for the good of the community”.

Thanks to these two central ideas, the Christian community can organize “the variety of ministries that the Spirit calls forth in relation to its concrete situation”.

This organization, writes the Pope, “is not a simple functional fact, but rather a community discernment attentive to listening to what the Spirit suggests to the Church, in a concrete place and in the present moment of its life”.

Thus, “any ministerial structure which is born of this discernment is dynamic, living and flexible like the action of the Spirit: it must take root more and more deeply so that the dynamism does not become confusion, the vivacity is reduced in improvised improvisation, flexibility turns into arbitrary and ideological adaptations.”

“Realities are more important than ideas”

In his message, Pope Francis continues that “the ecclesiology of communion, the sacramentality of the Church, the complementarity of the common and ministerial priesthood, and the liturgical visibility of each ministry are the doctrinal principles which, animated by the action of the Spirit, to harmonize the variety of ministries.”

The question of baptismal ministries touches on several aspects which “must certainly be considered: the terminology used to designate the ministries, their doctrinal basis, the legal aspects, the distinctions and the relations between the individual ministries, their vocational value, the paths of formation , the event that makes possible the exercise of a ministry, the liturgical dimension of each ministry.

These are complex questions, which, says the Pope, “certainly need to continue to be explored”, but without “pretending to define and resolve them in order to then be able to live ministeriality”, because by acting in this way “we would very probably not have can’t go very far.”

This is why Pope Francis repeats in his message what was already written in the exhortation “Evangelii gaudium“, namely that “realities are greater than ideas” and “that a constant dialogue must be established between the two, avoiding that the idea ends up separating from reality”. The pope goes on to say that “time is greater than space”.

Therefore, “rather than obsessing over immediate results to resolve all tensions and clarify all aspects – thus running the risk of truncating them – we must accompany the action of the Spirit of the Lord”.

How a UConn football walk-on got a scholarship