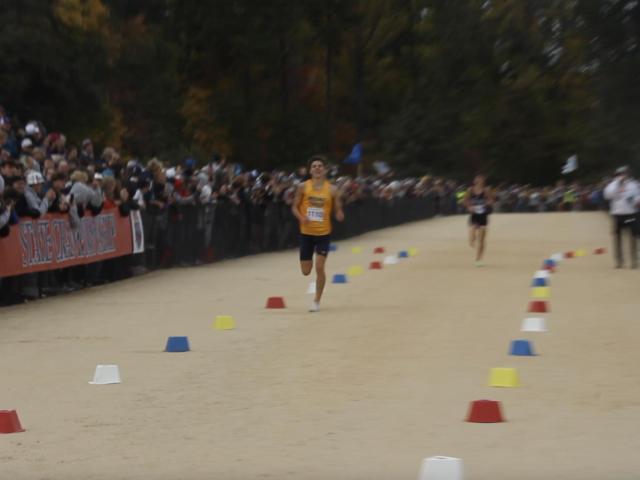 Soule is a 6-foot, 145-pound runner. Last fall, he won the NC High School Athletic Association 4A State Championship with a time of 15:31.62 – the fastest time of any state championship classification. Soule’s first place finish also led Mount Tabor to the 4A tag team title.

Outside of the state championship, Soule also finished fourth at the Great American XC Festival Race of Champions, clocking a personal best 15:14.90. He finished fifth in the adidas XC Challenge and led Mount Tabor to the team titles in both events.

Soule was a first-team all-state selection for HighSchoolOT and NC MileSplit. He is also a finalist for the HighSchoolOT Honors Boys Cross Country Runner of the Year.

When not running, Soule is a member of the National Honor Society and the National Mathematics Honor Society Mu Alpha Theta, holding a weighted GPA of 4.54. He is a former student council representative and has been involved in Young Life Christian ministry.

In the community, Soule volunteers on behalf of the Ronald McDonald House Charities and for the State Division of Social Services’ foster child program. He has also volunteered with Special Olympics.

OKC school will not release reports on sexual assault allegations