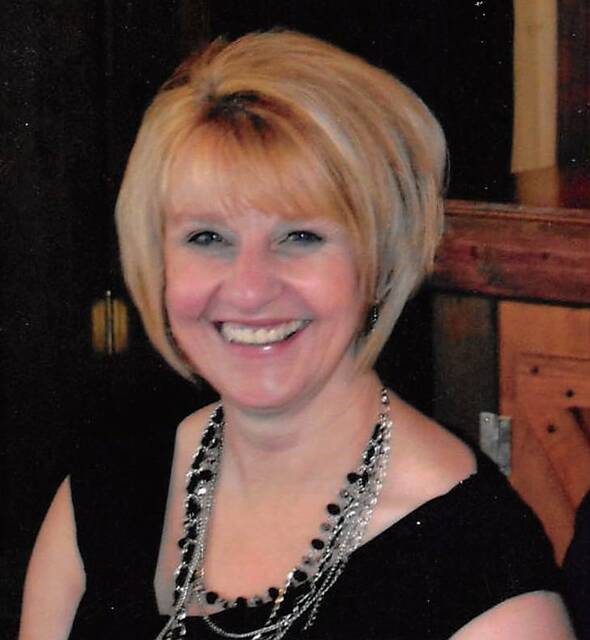 She was a devout Christian and worked alongside her husband as a pastor of the Muses Mills Christian Church.

Born in Fleming County on March 16, 1963, she was the daughter of the late Charles Buckley and the late Sarah “Sally” Hilterbrand Buckley.

From a young age, Sandy was a hard worker. She spent many summers working in tobacco and picking peppers with her family. She also worked for the City of Flemingsburg and Farm Credit Services before continuing her education at Morehead State University.

At MSU, she specialized in primary education. It is there that she will meet the love of her life and her soul mate, Douglas Reeves. They were married on October 12, 1985 at Goddard Methodist Church. After graduating, Sandy was employed by Fleming County Schools – first as a substitute teacher, then as a teacher at Ward Elementary School.

On March 2, 1988, she welcomed their only child, a daughter they named Lynsay Faith Reeves. After her birth, Sandy took time off from teaching to spend with her granddaughter.

She would return to class, teaching at Ewing, Ward, Hillsboro and finally Flemingsburg Elementary where she would retire. During her 27 years of teaching, she spent a year as a librarian and taught grades 1 through 4 at various times. She loved to teach and worked exceptionally hard to ensure that each of her students received individual attention and the best resources she could offer. She loved her students very much.

During her final years in the classroom and after her retirement, she started an online educational resource business. Known online as the Second Chance Teacher, her resources were not only used across the country, but around the world as well.

Sandy was extremely proud of her husband and his call to preach. For 33 years she worked alongside him in the ministry. She was always ready to help and assist church members in any way she could. She never neglected an opportunity to share her testimony, even after being diagnosed with cancer.

She loved her family immensely; but no one more than her daughter Lynsay. She and Lynsay were best friends. You have rarely seen one without the other.

Her husband, Douglas Reeves, leaves behind to mourn her passing; her daughter, Lynsay Jones and her husband, Lane; his sister, Pam Bowles; his brother, Greg Buckley and his wife, Michelle; his two nieces, Makayla Bowles and Cheyanne Buckley; his stepmother, Pauline Reeves; his brother-in-law, Jeffrey Reeves; and her special sister, Tonya Hamilton. She also leaves behind many of her family and friends who will be sadly missed.

Besides her parents, she was predeceased by her stepfather, Goebel Reeves, whom she loved like her own father.

She will rest in the Muses Mills cemetery.

A celebration of his life will be announced at a later date.

In lieu of flowers, please consider a donation in memory of Sandy to the Cancer Care Club, PO Box 189, Flemingsburg Ky. 41041.

Friends can offer their condolences online at www.boonenickellfuneralhome.com

Longtime Bishop of Cleveland Anthony Pilla’s funeral has been announced