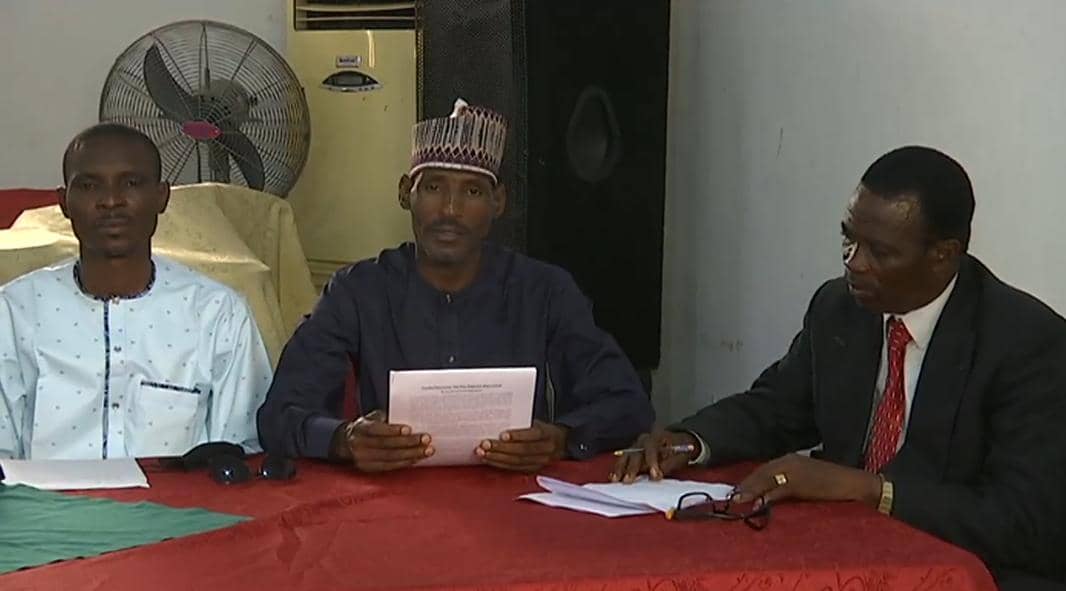 Muslim-Muslim post: We didn’t impersonate CAN at Shettima unveiling

Bishops and other clerics whose attendance at the official unveiling of former Borno State Governor Senator Kashim Shettima as the running mate of APC presidential candidate Asiwaju Bola Ahmed Tinubu has sparked controversy and insinuations of sponsored impersonation, offered proof of their status as ordained clerics and founders of different Christian ministries.

The Christian leaders also clarified that the widespread misconception that they attended the event as representatives of the Christian Association of Nigeria (CAN) was untrue.

Addressing a press conference in Abuja on Monday, the secretary of the clerics’ umbrella body, the Muslim-Christian Love Foundation, Bishop Adams Abel King, who read their statement on behalf of others, said stated that they never presented themselves as CAN emissaries at the event.

Bishop Abel King also said that their identification with Senator Shettima and the APC was informed by his transformation of Borno State, where he dealt with the management of social relations, including the protection of the rights of all, regardless of religion, while he was governor of the state.

The group said: “Although Senator Kashim Shettima took over the helm of the state at a difficult time marked by terrorist attacks and a deadly insurgency, his mature, careful and decisive management of the affairs of the state contributed to preserve the social fabric that held multiple communities together and reassured members of the Christian faith that the government remained committed to their freedoms and well-being.

They also recounted “his (Shettima) reconstruction efforts aimed at the Christian community, including the reconstruction of churches affected by terrorist activities”.

According to the clerics, the contributions and sincere commitment to the constitutional obligation to uphold the rights of all without prejudice or bias make Senator Shettima a brother and an ally in their quest to promote peaceful interfaith relations in the country.

They dismissed allegations that they were sponsored to pose as leaders of the Christian Association of Nigeria at the event.

While justifying their authenticity as church leaders, the group has publicized their respective churches and ministries, some of which have been in existence for several years.

They understand; the Christian Revival Evangelical Mission Worldwide of Apostle Godwin Livinus; the Prophetic Divine Faith of the End Times Gospel in Kubwa, Abuja by Bishop Dr. Emeka Theodore; the Light House of all Nation Ministry of Bishop Emmanuel Sunday Jayeola, among others.

Condemning the attacks and harassment they suffered while attending the APC event, the group said it was their democratic right to make a political choice.

They, however, called for a critical assessment of reports and allegations before they are released and amplified in the press, “particularly on social media where mob antics, driven by ignorance and malevolence, have strained ties. social and caused divisions”.