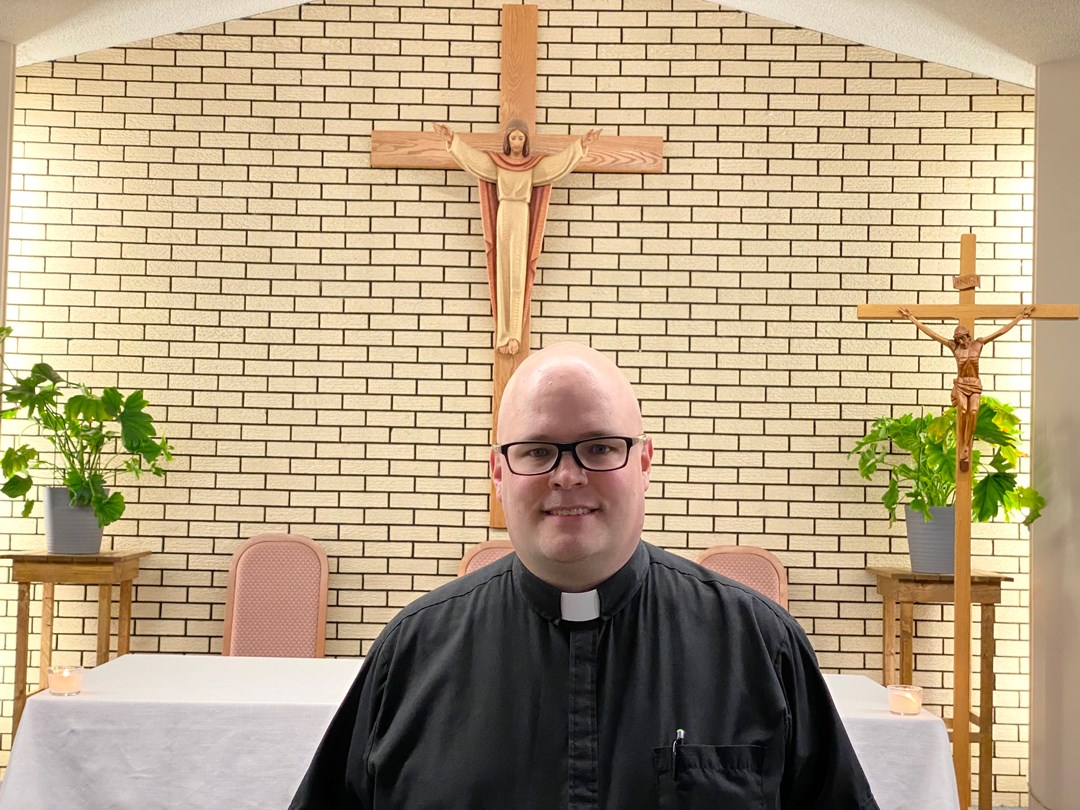 He runs seven services each week, four in Carlyle, two in Kenosee Lake and one in Forget. He also visits Moose Mountain Lodge weekly in Carlyle and New Hope Lodge in Stoughton once a month.

He moved to Carlyle in August and is the new pastor of Notre Dame Church, Notre Dame de La Salette Parish and Scared Heart. He resides in the Catholic Parsonage just north of West Sixth Street Church in Carlyle.

Born and raised in Regina, Juchacz attended Dr. Martin Leboldous High School and graduated in 1998. He then enrolled at Campion College at the University of Regina and studied psychology and religious studies.

He worked for a pharmaceutical retail chain for ten years, then decided to go to seminary in 2014. He attended St. Joseph’s Seminary in Edmonton, and during that time he studied theology and philosophy for six years. He graduated with a master’s degree in divinity in 2020.

This is the third year of priesthood for Juchacz. During his first year, he was assigned as an assistant priest at Holy Family Parish in Regina. In his second year of ministry, he was appointed pastor of Gull Lake and Cabri. Now, in his third posting here in southeast Saskatchewan, he expects to complete a six-year term.

There are five dioceses in Saskatchewan and the region is under the pastoral responsibility of the Archdiocese of Regina, which has 141 parishes and missions. It has a total Catholic population of 140,800. It is served by 84 priests, including 68 diocesan priests, 12 religious priests, as well as 12 permanent deacons and 69 men and women religious.

Juchacz is 43 years old and has an older brother and a twin sister. He enjoys reading, history and English literature. He enjoys watching CFL football, tennis and basketball when he is not busy. He would like to learn to fly an airplane one day. He also loves to travel and has been to Italy, Malta and California.

He runs seven services each week, four in Carlyle, two in Kenosee Lake and one in Forget. He also visits Moose Mountain Lodge weekly in Carlyle and New Hope Lodge in Stoughton once a month.

Juchacz is eager to meet the religious needs of his parishioners and is available 24 hours a day, seven days a week. He is also happy to meet new people in the area and help meet the needs of others, no matter either their personal or religious affiliation.