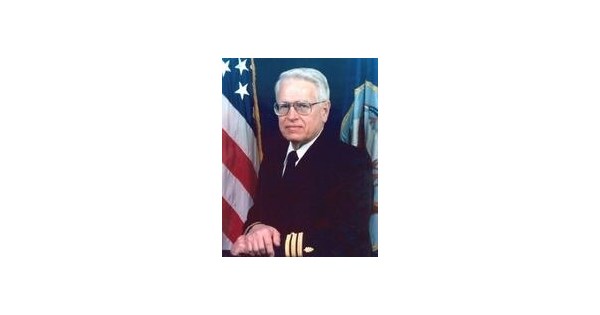 By Lois G. Santiago Last updated Jan 24, 2022
Share
Jack Dugger Friends, MD
June 18, 1929 – January 13, 2022
Lexington, Kentucky – Jack Dugger Amis, MD, 92, died Jan. 13 at his home in Lexington. He was born on June 18, 1929 in Himyar, Knox County, Kentucky, the son of Dr. Otis C. and Lola Dugger Amis. He was predeceased by his wife of 68 years, Nancy; children Robert Bowles, Doris Jane and Janet Lynn; only brother and professional partner, Dr. Robert E. (Joan); his sister, Jean (Frank) Baugh, and his brothers-in-law John Foster and Tom Gordon. He is survived by his children Kathryn (Gordon) Johnson of Lexington, Jack Bowles (Carol) Friends of The Villages, Florida, and Carolyn (John) Madsen of Woodland, California; sisters Doris Foster of Louisville, Phyllis (Clifford) Randall of Blacksburg, Virginia and Katy Gordon of Jacksonville, Florida; 12 grandchildren and 13 great-grandchildren.
Dr. Amis valued education, hard work, family, and a relationship with Jesus Christ. Jack graduated from Henry Clay High School, Lexington and the University of Kentucky. After graduating, he spent a year at Julius Marks Sanitorium with cavitary tuberculosis from which he was divinely cured. He spent the next year at Southern Baptist Theological Seminary, Louisville, preparing for medical missions. He graduated with honors from the University of Louisville School of Medicine. In 1953, he married Nancy Jane Bowles of Hopkinsville. Dr. Amis completed an internship and residency at Detroit Receiving Hospital and practiced general medicine in Williamson, West Virginia. During his residency, his daughter Doris was born with a serious heart condition which prevented medical missions abroad. For 22 years, Dr. Amis practiced general surgery at Jennie Stuart Medical Center, Hopkinsville, where he held several leadership positions, including Chief of Surgery, Chairman of Medical Staff and a member of the Hospital Board of Directors. . He was also on the visiting staff at Trigg County Memorial Hospital in Cádiz.
Dr. Amis was a board member of the American Board of Surgery and a Fellow of the American College of Surgeons, as well as a member of numerous professional organizations and societies. Leaving Hopkinsville, he entered the U.S. Navy Medical Corps, serving at Camp Lejeune Naval Hospital and Cherry Point Naval Health Clinic, USS John F. Kennedy, and Base Hospital NATO in Keflavik, Iceland, with the rank of Major.
For more than 35 years, Dr. Amis served as a deacon and Sunday school teacher in Baptist churches. Friends have made mission trips to Spain and Haiti. Dr. Amis spent the summer of 1988 performing surgery at Logefeil Memorial Hospital in Taitung, Taiwan. He also served on the Southern Baptist Committee on Boards and the Board of Trustees of Midwestern Baptist Theological Seminary in Kansas City, Missouri. He was a member of Gideons International, Kiwanis International, The Religious Roundtable, and the Plymouth Rock Foundation Board of Trustees. For years he was a member of the Athenaeum Society in Hopkinsville and was a charter member of the Martel Society. He taught a Bible study for years in his home after his retirement.
Visitation in Lexington will be from 10 a.m. to noon on Friday, January 28 at Clays Mill Baptist Church, 1220 Brannon Rd., Nicholasville, followed by a funeral service at noon, presided over by Pastor Jeff Fugate. Visitation in Hopkinsville will be from 10 a.m. to noon on Saturday, January 29 at First Baptist Church, 1400 S. Main St., followed by a noon funeral service, celebrated by the Reverend Daniel Swartz. Interment will be at Riverside Cemetery, Hopkinsville. The family is requesting that the memorials be donated to the Clays Mill Baptist Church building fund, Christian radio station WNKJ in Hopkinsville or The Gideons International.
www.milwardfuneral.com

Published by Lexington Herald-Leader on January 23, 2022.

Are payday loans a bad idea?