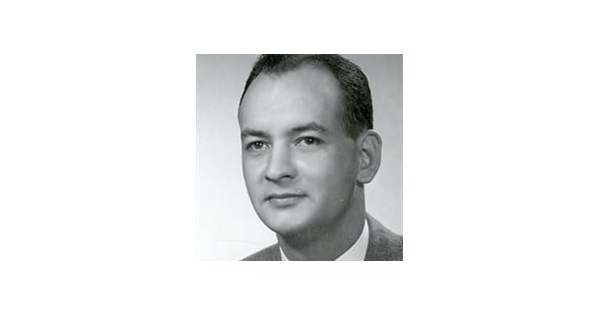 Reverend Jake Woodyard Boggs, Jr. died peacefully at age 97 early in the evening of
Monday January 10, 2022. Jake was healthy and living alone in Mink
Shoals (with some help in recent years) after the death of the love of his life, Betty
Rae (White) Boggs, January 24, 2016. He made the most of his life and his earthly body. He
enjoyed working outdoors, tending to his garden, building fences and growing flowers. He cut his garden
with a push mower until he was over 95, and he also drove until that same age when his
the kids deemed it unsafe and took his keys (at their own risk). Jake’s climax
week attended Emmanuel Baptist Church on the West Side, where he held revivals,
served as acting pastor and member for over 50 years.
Jake was born to Jake Woodyard Boggs, Sr. and Ruby Oressa (Paisley) Boggs on May 9, 1924,
in the town of Gassaway, West Virginia. He had a sister, Marian Boggs Smithers of Belle,
who preceded him in death. Jake’s family moved from Gassaway when he was a young boy,
and he grew up in Belle where his father worked as a machinist for Dupont. His mother worked
for many years in the women’s coat department of Stone & Thomas. After attending schools in
Belle, and with the help of local businessman RM Maxwell (founder of the People’s Store,
later Stone & Thomas, and also Bible Center Church), Jake attended Prairie High
School Academy and then Prairie Bible Institute in Alberta, Canada, where he studied for six
year. After graduating, Jake went on to study at Bob Jones University in
Greenville, South Carolina, for four years. He married his wife Betty on November 23, 1950, his senior year
at Bob Jones. In his early twenties, Jake held revival meetings all over West Virginia using
an old piano and a collapsible meeting tent. He also had a Christian radio show at
Charleston and published a monthly newspaper called Christian Conquest. Betty worked as
surgical nurse at Charleston Memorial Hospital until Jake could expand his ministry. Speak
In the 1960s he held revival meetings across the United States.
In the late 1960s, Jake started a travel business arranging and leading tours. He started with
tours in the Holy Land, which was his favorite destination. He visited Israel and the largest
Middle East 48 times. Jake also led tour groups to the Soviet Union from
1970, and to China, Japan, India, Africa, Haiti, Hawaii, the South Pacific, and everywhere
Europe. Jake always considered his most important work to be the revival meetings he held throughout
America, and he had great joy in the more than 20,000 people who have dedicated their lives to
Jesus Christ in these meetings. Jake admired Dr. Billy Graham and Dr. Martin Luther King, Jr.
He met Billy Graham several times, and Billy joked with Jake that they hit it off
because they had both been kicked out of Bob Jones University (Jake for Missing Chapel
services his senior year because he was spending too much time with his new wife). James
heard Dr. King speak at an American Baptist convention in the early 1960s and was so
impressed that he tracked him down and had a private conversation with Dr. King and his wife,
Coretta, at a restaurant near the convention site. He viewed the assassination of Dr King as
one of the great tragedies in American history.
Jake is survived by his two children, Deborah Faith (Boggs) VanderWoude of Bradenton, FL,
and Jonathan David Boggs of Charleston, as well as his four grandchildren: Michal Anne
VanderWoude of Sarasota, Florida; Marlin Boggs, married to Kathryn, of Arlington, VA; Garrett
Huntington Boggs; and Winsor Boggs, married to Abby, of Vancouver, Canada.
His funeral will be held at Emmanuel Baptist Church at noon on Saturday, January 22, with visitation beginning at 11 a.m.
with Reverend Ron Stoner and Reverend Don Biram officiating. His body will rest next to that of his beloved Betty Rae,
to whom he was married for over 65 years, at the White Family Cemetery in Clendenin. Condolences can be sent to the family at
cpjfuneralhome.com. Cunningham-Parker-Johnson Funeral Home, Charleston serves the
Boggs family.