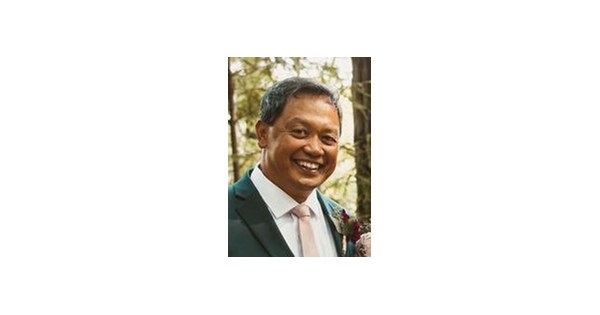 Antonio “Tony” Belmonte
December 19, 1956 – December 30, 2021
Aptos, California
Antonio “Tony” Aquitania Belmonte, born December 19, 1956 in Manila, Philippines, died of congestive heart failure on December 30, 2021 at his home in Aptos, California. He was the life of every party he was at and his big smile, strength and love he had for his family will be remembered. Tony was a legend to all who had the privilege of knowing him. After immigrating from the Philippines to Sunnyvale, California with his family at the age of 6, he attended St. Martin’s Catholic School, followed by St. Francis High. He played basketball every 4 years and was the star of his high school team. He continued to play basketball throughout his life, including a brief stint on the Philippine national team and take-away matches at the YMCA Palo Alto. His other passions included mountain biking with his friends, circling the block in his ’67 Stingray Corvette, and trips to Hawaii. A Perfect Night for Tony included some cold Coors Lights, a Warriors game, and some lumpia.
When he wasn’t dancing in a storm or watching sports, he worked as a designer at Western Electric for 8 years, where he met his lovely wife, Lynn. He then started his career designing satellites at Space Systems Loral (FKA Ford Aerospace) where he worked for over 30 years. Later in his life he also worked for Gilig as a design engineer for electric buses. When he retired in 2020, he enjoyed long walks on the beach with his dog, Nyla, and home improvement projects.
Although Tony is no longer with us, his spirit and memories live on through his wife: Lynn, their children and their spouses: Amanda and Jon, Kristina and Kevin, Dustin, his father: Pablo, his siblings and their spouses. : Al and Eileen, Jacque and Eric, his grandson: Charlie, and all the friends and extended family who made wonderful memories with him. Tony joined his mother, Rosita, and sister, Judy, in Heaven.
A funeral mass will be celebrated at 10 a.m. on January 20, 2022 at St Martin’s Catholic Church in Sunnyvale. Flowers can be sent to Benito & Azzaro Pacific Gardens Chapel 1050 Cayuga Street, Santa Cruz CA 95062. Donations to the American Heart Association or the American Diabetes Association on its behalf are also greatly appreciated.