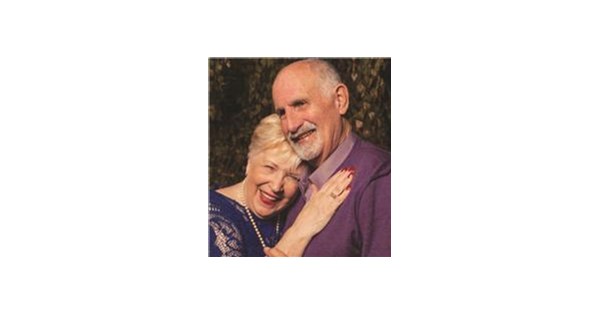 Dr Jack E. Hamilton, 82, passed away peacefully in his sleep at his home in Laconia, NH on Tuesday, November 2, 2021.
â€œPastor Jackâ€ Hamilton has spent his life in pastoral ministry and education. After graduating from Rock Island (IL) High in 1957, he received a scholarship to play football at Augustana College in Rock Island, IL. After one season, Jack enlisted in the US Army, and was eventually stationed as a radar specialist for the Nike missile program at Fort. Bliss in El Paso, Texas. In Fort Bliss, Jack accepted Jesus Christ as his Savior at El Paso Foursquare Church. Soon after, he started a correspondence course at LIFE Bible College. Upon graduation, Jack enrolled for residential studies at the college in 1961, earning a bachelor’s degree in divinity in 1965.
Shortly after starting his studies, Jack met Carole Chambers, who worked at LIFE and as a secretary at Angelus Temple, and they were married on August 3, 1963.
After college, the Hamiltonians began their ministry in the newly formed Western Canada District as District Youth Directors. They then served on the pastoral staff at Kingsway Foursquare Church in Vancouver, BC, and as senior pastors at Hastings Foursquare Church in Vancouver, BC.
Upon their return to California in 1969, Jack and Carole became members of the staff of the People’s Church in Ventura, California. It was while serving in Ventura that the Lord opened the doors of his ministry within the Catholic charismatic movement that shaped his ministry.
In 1970, Jack and Carole were appointed pastors of Santa Maria Foursquare Church (then known as Valley Bible Church) in Santa Maria, California. Pastor Jack also served around this time in Kathryn Kuhlman’s Crusades in Los Angeles, bringing many people from the Central Coast to participate. During Hamilton’s tenure, the church experienced significant growth from 40 members to over 1,200 weekly attendances.
In 1982, Jack was asked to become the fifth president of LIFE Bible College (now Life Pacific University), a role he held until 1992. Under Jack’s visionary leadership, in 1990 the school was established. moved from his original home next to the Angelus Temple for a new campus in San Dimas, California.
In 1992, the Hamiltons moved to Cornelius, North Carolina, to accept the pastorship of Grace Covenant Church. After 3 successful years, the Hamiltons returned to Southern California where Jack accepted a position with The Church on The Way as Senior Associate Pastor on the Leadership Team and Vice President of King’s College and Seminary in Van Nuys, CA, with Dr. Jack. Hayford. Over the next 20 years, Dr. Hamilton served the Foursquare Church in a variety of roles including District Supervisor and Mission Director. Dr. H, as he was called, also served for a decade as an executive pastor at the Church on Santa Clarita Road (Crosspoint) with Doug Andersen. Upon retirement, he and his wife moved to Laconia, NH, to live with their daughter and son-in-law, Reverend Tim and JJ Vercellono, and to serve with them at Real Life Church until his death.
Pastor Jack has co-authored many volumes in the Monthly Bible Books (Living Way Publications) with Dr Jack Hayford and Dr Scott Bauer. He has ministered in more than 40 countries on five continents, including Australia, Brazil, the Philippines and Turkey. Jack enjoyed spending Friday evenings as an umpire for high school sports and his days on the tennis court and golf course. To many he was a mentor, an encouragement and a role model. For her family, Poppy was their hero.
Dr. Hamilton is survived by his wife of 58 years, Carole and his children – Jeff and his wife Jayme (of Mission Viejo, CA) and their children Justin (25) and Jordanne (23); Brad and his wife Heather (of Thousand Oaks, CA) and their children Lauren (29), Morgan (22), Christian (15), Cash (12) and Caleb (8); and JJ and her husband Tim (from Laconia, NH) and their children Shealyn (24) (and her husband Sean Hood), Kaitlyn (22) and Jackson (21).
Memorial services will be held on Saturday, November 6, 2021 at 2:00 p.m. at Real Life Church, 22 Pleasant St, Laconia, NH 03246 and on Monday, November 15, 2021 at 11:00 a.m. at Life Pacific University, 1100 West Covina Boulevard San Dimas, CA 91773.
A private funeral will be held at Forrest Lawn Cemetery in Hollywood Hills, California.
In lieu of flowers, the family is asking for donations to be made to the Dr. Jack Hamilton Scholarship Fund at Life Pacific University.
Wilkinson-Beane-Simoneau-Paquette Funeral Home & Cremation Services and 603Cremations.com, 164 Pleasant St., Laconia, NH, 03246, are helping the family make arrangements. For more information and to view an online memorial, please visit www.wilkinsonbeane.com.

Posted by The Santa Clarita Valley Signal from November 6 to December 4, 2021.