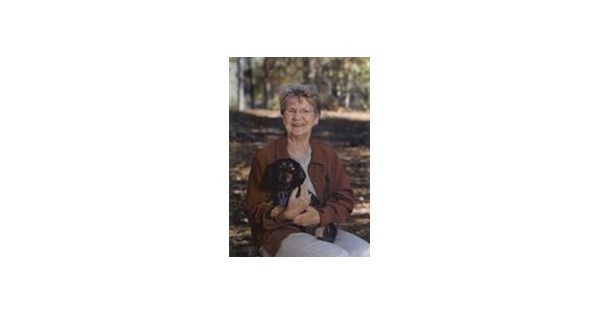 By Lois G. Santiago Last updated Aug 22, 2021
0
Share
Johanna Odenkirchen Kiloy
October 27, 1928 – August 18, 2021
Columbia, South Carolina – Johanna Odenkirchen Killoy passed away peacefully at her home on Wednesday morning August 18, 2021, aged 92. She was born on October 27, 1928 in Altenbamberg, Germany, to Apollinaris and Paula Odenkirchen. At the age of two, along with her mother and older siblings, she immigrated to the United States and entered New York, NY. The family then traveled to Charleston, South Carolina, to join their father, who had come in advance to find a home. Educated in Catholic parish schools in Charleston, Johanna is a graduate of Bishop England High School. She then enrolled in the College of Charleston, earned a Bachelor of Science in 1947, and received her Master of Science in 1950 from the University of South Carolina. In February 1952, Johanna married William James “Bill” Killoy and together they built a life and raised a large family in Columbia, South Carolina, until her death in 2000.
A longtime student and teacher, Johanna’s career spanned nearly 50 years and included teaching positions at St. Joseph’s Catholic School, Cardinal Newman High School, St. Andrews Middle School and at Dreher High School. A source of great pride for her, Johanna was a legend in science education in South Carolina. She was one of the founders of the South Carolina Science Council [SC2] and served on the board of directors as an officer for several decades. In 2019, Johanna received the Catalyst Award, the organization’s highest honor. She has also been honored several times for her service at the South Carolina Science Academy.
A role model for her students and colleagues, she pursued her own training throughout her career at prestigious summer institutes. These included programs at the University of California at Berkeley, the University of South Carolina, and the College of Charleston. After a month-long session at Princeton University, she was appointed Professor of Chemistry by the Woodrow Wilson National Fellowship Foundation. In October 1983, she was South Carolina’s first recipient of the Presidential Award for Excellence in Science and Mathematics for Teaching. This award was presented to him at the White House by President Ronald Reagan.
Johanna has always been a staunch member of St. Joseph’s Catholic Church and has been called to serve in many ways over the years. She taught religious education to third graders and new members of the Catholic faith and was an active member of the St. Joseph Women’s Society.
Above all, Johanna was very proud of her family. Predeceased by her parents; brother, Carl Odenkirchen; and her sister, Doris Odenkirchen Heard (Harry); and her beloved husband, Johanna, is survived by six children, 15 grandchildren, 21 great-grandchildren and her sister-in-law, Stella Odenkirchen. She was dearly loved by her family and friends and will be sadly missed by her children, all of whom live in Colombia: Beth Killoy Barb (Michael); Joanne Killoy Mubarak (Philippe); Karen Killoy Greiner (Marc); William Paul Killoy (Nell); Kevin Jude Kiloy (Sue); and Michael Shawn Kiloy (Beth). Her greatest hope was to leave a legacy of faith and loyalty to her family.
A rosary will be recited at 7 am on Wednesday September 1, 2021 at St. Joseph Catholic Church. A Christian burial mass will be held later in the morning at 11:00 am at St. Joseph’s Catholic Church, followed by a funeral at Greenlawn Memorial Park. The family will receive guests from 1:00 p.m. at a reception in the ministries and administration building of St. Joseph’s Catholic Church, 3512 Devine Street.
In lieu of flowers, donations can be made to St. Joseph’s Catholic Church or to a charity of choice.

11 photos of school uniforms from around the world, from kindergarten to high school