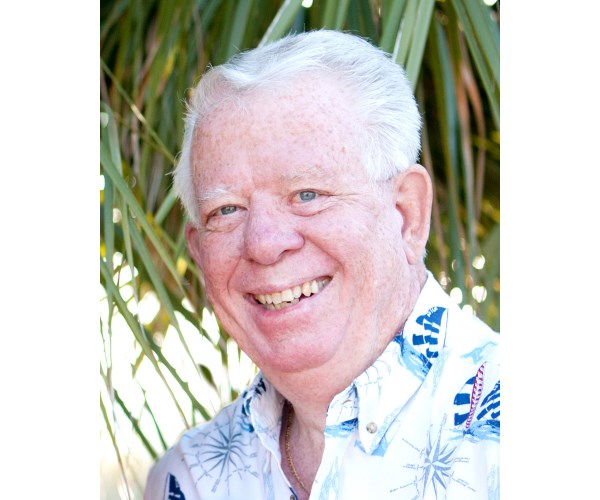 Richard W. Butler, 77, of Osprey, Florida and formerly of Frankfort and Brownsburg, died on November 7, 2021 at his home. He was born on January 21, 1944 in Baltimore, Maryland, to Cecil E. and Helen (Goodnight) Butler. He married Janice Myers on July 10, 1966 in Lawrence, and she survives.

Richard was born in Maryland and moved to Frankfurt at a young age. He attended Lincoln Elementary School and graduated in 1962 from Frankfurt High School. He worked at Butler Brothers Marathon, Chrysler Corporation in Kokomo, and worked for the Detroit Diesel Allison division of General Motors, retiring in 1999 after 34 years of service. He and Janice lived in Brownsburg from 1984 to 1999 until their retirement in Osprey, Florida. Janice worked at Harris Elementary in Brownsburg during their time there. Richard was a former member of the Woodside Christian Church in Frankfort. His hobbies included amateur radio, enjoying Florida beaches, cheering on Purdue University, and most importantly spending time with his family (including his dog, Lucy, and her two great dogs, Derby and Pete).

Along with his wife, Richard is survived by his daughter, Kimberly (Tim) McDonald of Sarasota, Florida; brother, Roger (Susan) Butler of Frankfurt; and his sister, Mary (Doug) Ford of Huntsville, Tennessee, as well as many nieces and nephews (and grandnephews and nieces) and cousins.

His parents died before him.

Visitations will be held from noon to 2 pm on Tuesday November 16, 2021 at Goodwin Funeral Home, 200 S. Main St., Frankfort. The funeral will begin Tuesday at 2 p.m. at the funeral home. Interment will take place at Green Lawn Memorial Park in Frankfort. In lieu of flowers, please consider donating on Richard’s behalf to Community Christian Church Children’s Ministry, 1944 S. Jackson Street, Frankfort, IN 46041, the Dalmatian Club of America Foundation, Attn: Meg Hennessey (Treasurer DCAF), PO Box 257, Morengo, IL 60152, or the charity of your choice. Please visit goodwinfuneralhome.com, where you can leave a message for the family.

How a tweet became a scholarship honoring the military at UT

Wattsburg students to learn at home until November