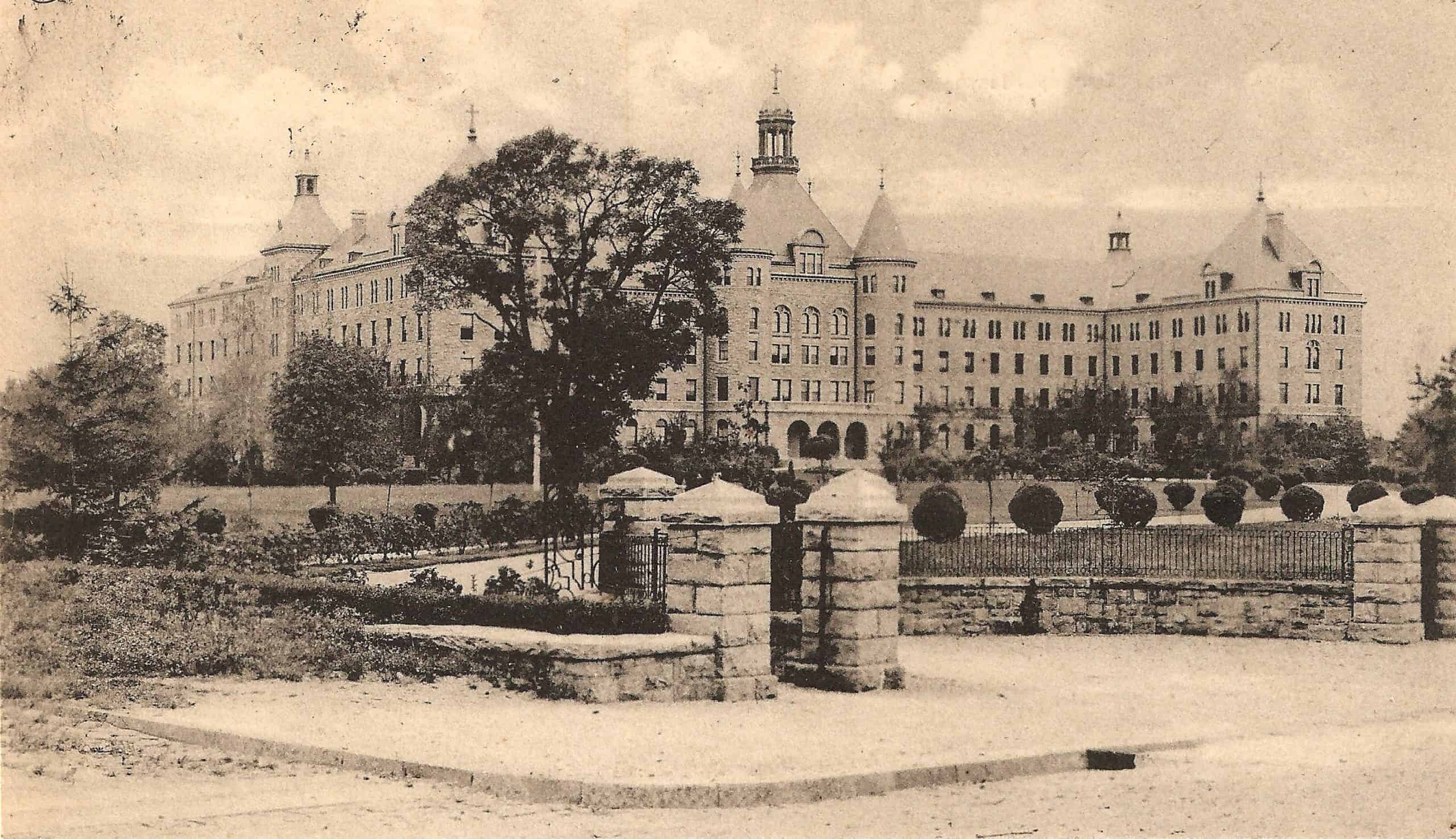 On this day in Yonkers history…

monday september 19
September 19, 1945: Colonel James Seaver, Bayberry Street, was flying home on a nonstop flight from Japan! The meteorological officer in a B-29 Superfortress, Seaver, landed in Washington D.C. around 6 p.m.; from there he returned home to meet his youngest son, born while he was abroad. The Colonel played football at Roosevelt HS and graduated from Dartmouth College.
One of the passengers on the flight was Captain Kermit Beahan, the bombardier who dropped the atomic bomb on Nagasaki.

September 19, 1945: The Yonkers Red Cross Canteen Corps, led by Mrs. Luther McConnell, was on dock duty at Piermont to meet the Aiken Victory and the 1,970 men returning from the war on the ship.

tuesday september 20
September 20, 1945: Marshal George Donnelly and probation officer Theodore Murin stopped a twenty-six-year-old man from jumping out of the fourth-story window of City Court! Emil Pallo was arrested at his home for disorderly conduct, abusive language and threatening his mother with a knife; while waiting in the courtyard, he bolted the stairs to the upper floor. Donnelly and Murin chased after him and found him perched on a windowsill. They grabbed him and held him until the emergency team arrived. Judge Fay committed Pallo to Prairie Hospital for observation.

September 20, 1946: As part of the fiftieth anniversary celebration of St. Joseph’s Seminary, Cardinal Spellman preached at a solemn High Mass for Elders’ Day, celebrating the several hundred former seminarians in attendance. After Mass, a dinner for 601 guests was served in the student dining room, prepared by staff and served by seminarians. Among the guests of honor were Bishop James Cassidy, the only surviving member of the original faculty, and the Very Reverend Arthur Scanlon, the school’s only living former rector.

Wednesday, September 21:
September 21, 1896: The first classes are held at the Séminaire Saint-Joseph.

September 21, 1945: Although Vincent and Matilde Ragone, Morsemere Avenue, were informed that their son, Private Vincent Ragone, Jr., had been killed in action in July 1944 in France, the family held out hope for his survival. Brother Eugène Ragone had Vincent write a letter two months after his supposed death. Even more intriguing, an unidentified soldier came to Yonkers to find the family. As both his parents were at work, he did not succeed. However, he told a neighbor he was looking for the Ragones to tell them that Vincent was alive, had been a German POW, and was reduced to skin and bones. When the father died seven years later, his obituary reported that Vincent Sr. was a Gold Star father whose son was killed in action in France.

Thursday September 22
September 22, 1946: The majority of the joint Senate-House committee decided that responsibility for Pearl Harbor rests with the commanders of Hawaii’s Navy and Army, Rear Admiral Husband Kimmel, Bronxville Road, and General Walter Short of Dallas. They said, “The errors made by the Hawaiian Commandments were errors in judgment and not dereliction of duty.” The two did not “integrate and coordinate their defense installations”. Kimmel was relieved of his Hawaiian command in mid-December 1941, had his rank reduced, and retired from the Navy in early 1942. In May 1999, Strom Thurmond dubbed Kimmel and Short the last two victims of Pearl Harbor; the U.S. Senate passed a nonbinding resolution to exonerate Kimmel and Short, and asked the president to restore them to full rank. It never happened.

September 22, 1946: Twenty-five thousand men, women and children flock to the grounds of Saint Joseph Seminary to attend the vespers service and benediction, as part of the week-long celebration of the 50th anniversary of its opening! Attendees heard Cardinal Francis Spellman describe the $750,000 library that will be built on the grounds and bestow a papal blessing on all attendees. After having dinner with the faculty, the Cardinal visited the students, and gave them the next day off…to clear the grounds! He gave them a second day off, allowing the seminarians to return home to visit their families.

September 23, 1927: Declaring “It is only the duty of a good Republican to accept defeat”, Ulrich Wiesendanger, defeated by Alfred Watson for the Republican nomination for mayor, urges his supporters to “stay loyal to the party and help secure a Republican victory in the next election. Wiesendanger had been mayor 1924-1925; Watson had intervened for a few months in 1923 after Mayor Walter Taussig committed suicide.

Saturday September 24
September 24, 1928: The French government notifies James Currie, a landscaper living on Avenue Van Cortlandt Park, that he was awarded the Croix de Guerre for his heroism on the French battlefields during World War I.

September 24, 1953: The children of Miss Meyer’s first year class at School Eight receive a letter from Buckingham Palace! Written by Rose Raring, lady-in-waiting to Queen Elizabeth, the letter conveyed the Queen’s thanks for the stories they had written about the coronation, and wrote that the Queen was ‘interested to see them’. The Queen sent him “sincere thanks for their good wishes”.

September 25, 1942: Corporal Robert Tompkins of Knowles Street arrives home to continue his convalescence. Seriously wounded on June 3 when the Japanese attacked Dutch Harbor in Alaska where he served with the Quartermaster Corps, he spent three months at Barnes General Hospital in Vancouver, then returned home. After his 30-day discharge, he returned to hospital for further treatment