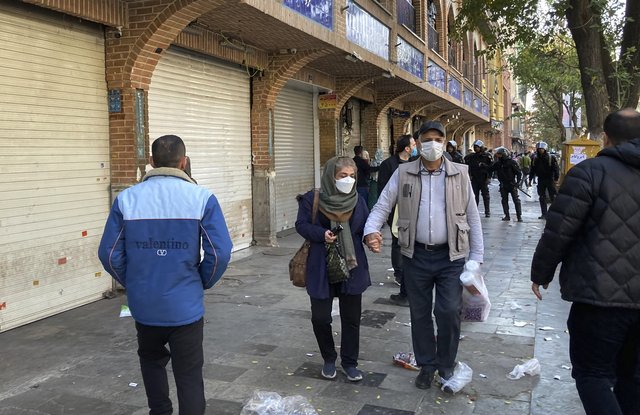 A protest against the Islamic Republic of Iran is organized by Iranian Americans living in Turlock and Modesto.

A local protest event is due to begin at 3 p.m. Sunday at the corner of Monte Vista Avenue and Countryside Drive in Turlock.

According to a press release issued by the organizers of the event, the “peaceful rally” is organized to “protest against the Islamic Republic of Iran which has started a massacre throughout the country against the massive Iranian youth uprisings demanding the fundamental rights of women and human rights”.

A major anti-government protest erupted in Iran on Friday at the funeral of a child killed in a shooting that his mother blamed on security forces. It is the latest in a wave of protests that have erupted across the country over the past two months.

Videos circulating on social media showed hundreds of protesters at the funeral of 9-year-old Kian Pirfalak in the southwestern city of Izeh. Protests also erupted in the eastern city of Zahedan, which saw deadliest violence since the nationwide protests began.

The protests first erupted after the September 16 death of a 22-year-old woman in the custody of the country’s vice squad. They quickly turned into calls for the overthrow of Iran’s ruling clerics and an end to the theocracy established after the 1979 Islamic revolution.

Authorities have severely restricted media access and periodically shut down the internet as they struggle to contain the biggest challenge to their leadership in more than a decade, making it difficult to confirm details of the unrest in different parts of the country. country.

Iranian state media reported that seven people were killed and several injured, including members of the security forces, in a shooting in Izeh on Wednesday. Authorities blamed the attack on “terrorists” without providing further details.

Among the victims was Pirfalak. Her mother, Zeinab Molaei, said security forces stopped the family in their car and told them to leave for their own safety due to a protest nearby. When they turned around, security forces opened fire on the vehicle, she said, according to the semi-official Fars news agency.

State media initially said a young girl had been killed, but later changed that information. Fars said 11 people were arrested in connection with the shooting in Izeh, which Iranian officials say is under investigation.

Dozens of demonstrators had gathered in different parts of Izeh at the time of the attack, chanting anti-government slogans and throwing stones at police, who fired tear gas to disperse them, state media reported. ‘era. Protesters also set fire to a Shia religious seminary in Izeh.

Violence erupted around some of the protests as security forces cracked down on dissent. Iran has also been the scene of a number of recent attacks blamed on separatists and religious extremists, including a shooting at an important Shia shrine last month that killed more than a dozen people and was claimed by the Islamic State group.

An Iranian Revolutionary Guard intelligence officer was killed during a violent protest in Sahneh, a Kurdish area in western Iran, on Friday, the semi-official Tasnim news agency reported. He identified the deceased as Colonel Nader Beirami and said the attackers had been arrested.

Iranian officials have sought to link the attacks to the protests and blame all unrest on hostile foreign actors, without providing evidence. Protesters say they are fed up after decades of repression by a clergy they see as corrupt and dictatorial.

At least 388 people have been killed and more than 16,000 arrested, according to Human Rights Activists in Iran, a group monitoring the unrest. It indicates that at least 53 members of the security forces were killed.

— The Associated Press contributed to this report.