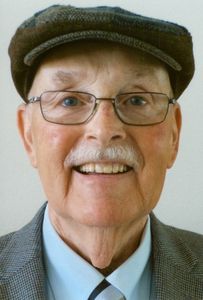 Robert A. “Bob” McCombs, 78, Webb City, MO, died Friday morning April 8, 2022 at his home. Bob was born June 5, 1943 in Butler, MO to Robert Delmar and Ilene May (Hammer) McCombs. He grew up in Rich Hill, MO, in an idyllic Mayberry-like community.
Bob graduated from high school with the class of 1961. Along with several other classmates, he attended Central Missouri State University (CMSU) in Warrensburg. In college, he pursued a teaching degree in industrial arts.
After two years at CMSU, he began to feel an urge for Christian ministry. His district superintendent, Ed Neimeyer, asked him to serve a small church on weekends. This small church turned out to be four small churches.
Also, while in college, Bob started seeing a girl, Carolyn Mellenbruch, from his hometown. In June 1966, they were married at Rich Hill Methodist Church. While on their honeymoon, they traveled to Rocky Mountain National Park in Colorado and served as chaplains for a Christian ministry in national parks.
After graduating from college with a Bachelor of Education, Bob attended St. Paul’s School of Theology in Kansas City. He graduated from the seminary in 1969 with a master’s degree in theology.
In 1968, Bob and Carolyn were appointed by the District Superintendent of Lockwood Parish. While living there, two sons were born to them: Kyle Weston and Ryan Allen. They also adopted a daughter Sandra Jean.
After serving 10 years at Lockwood, they were appointed to Carrollton United Methodist Church. They went on to serve other churches in Missouri, including Marshall, Carthage, and St. Joseph. Bob’s last appointment was as district superintendent for Mark Twain’s district in northeastern Missouri.
Throughout his career, Bob has been particularly dedicated to the conference’s camping program. He initiated river canoe trips and Colorado backpacking trips for conference youth.
Equally dear to his heart was the Conference Minister’s Pension Program which he chaired for more than 20 years. In addition, he served for eight years as Chairman of the Conference Finance and Administration Council.
Bob’s main hobby was woodworking. He built many beautifully designed pieces of furniture for his own home and for others. After Bob and Carolyn retired, they – with the help of their eldest son Kyle – built a house in the rural town of Webb.
Before Bob in death were his parents and his brother, James Edward McCombs. Survivors include his wife, Carolyn McCombs of the house; two sons, Kyle Weston of Carthage, MO, and Ryan Allen (Kathy) of Hanover, MA; daughter, Sandra Jean Fischer of Apache Junction, AZ; brother, Rick (Peggy) of Kansas City, MO; sister-in-law, Susan McCombs of Pleasant Hill, MO; eight grandchildren; three great-grandchildren; and several nieces and nephews.
The McCombs family would like to thank the doctors, nurses and staff at Mercy Oncology for providing such tender care to our loved one.
The funeral will be at 10 a.m., Tuesday, April 12, 2022, at First United Methodist Church, Carthage, MO. The family will receive friends following the service in the church communion hall. Interment will follow visitation at Green Lawn Cemetery, Rich Hill, MO. In lieu of flowers, the family suggests that memorials be made at Central Conference Pensions (CCP), which are conferences all over the world other than the United States, in the care of Knell Mortuary. CCP’s mission is to provide support to retired UMC pastors and surviving spouses. Today, more than 3,100 retirees across central conferences receive monthly payments to purchase food, medicine, and other necessities to help care for their families through these donations.
Online condolences can be expressed via www.knellmortuary.com
Arrangements are under the personal direction and care of Knell Mortuary.