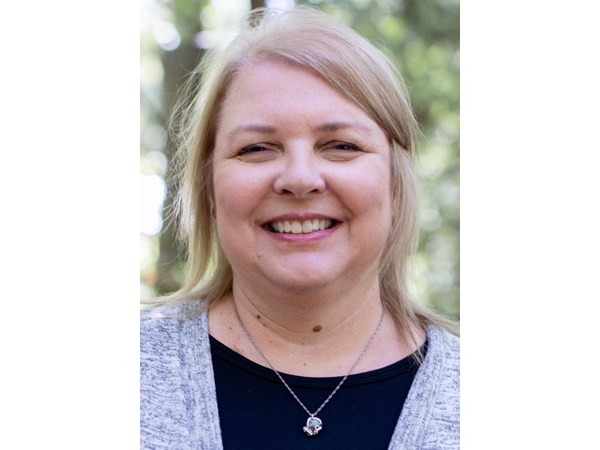 Funeral services honoring his life will be held at 11:00 a.m. on Wednesday August 4, 2021 at Schilling Funeral Home with Pastor Steve Morgan officiating. Interment will take place at a later date. Visitations for family and friends will be held from 5 p.m. to 8 p.m. on Tuesday, August 3, 2021 at the funeral home.

Robin was born on March 2, 1968 in Mattoon to the daughter of Albert Alva and Kay Ann (Oye) Walters. She married John Myers on November 3, 1990.

Robin was predeceased by her grandmothers, Elizabeth (Betty) Stites and Geraldine Hutton.

It was clear to his friends and family that if you needed something done and done right, ask Robin. This determination to do good through others was manifested in all areas of her life. Robin was an excellent singer, was treasurer of MGSA and the Mattoon Cobras, and was actively involved in children’s ministry at First Christian Church. She was the backbone of any organization she was involved in and was the organizer of all things. Robin was a loving wife of John for thirty years and a devoted mother to Kayla and Cydney. She has always supported her daughters’ activities and has been a dance mom for Kayla and a softball mom for Cydney for many years. The Myers family had decades of love and laughter, and an exceptional group of close friends who they ate with each week and took care of each other as a family. Robin was diagnosed with cancer in 2017. During her battle, she underwent two major surgeries, 33 proton radiation treatments, several chemotherapy regimens, and several experimental trials.

She traveled thousands of miles to and from Barnes Hospital for treatment, always had a positive attitude and never complained or questioned God. Robin took several vacations with his family during his battle and only stopped working three weeks before his death. Second Timothy 4: 7-8 sums up Robin’s battle with cancer perfectly: “I fought the good fight, I finished the race, I kept the faith. Now, there is in store for me the crown of righteousness, which the Lord, the righteous Judge, will reward me on that day, and not only to me, but also to all who have desired its appearance. “Cancer has may have conquered Robin’s physical body, but Robin knew – and knows – that she, as a person who shares in Jesus Christ’s victory over death, is the true victor and that she will experience the love of Christ in his fullness for eternity.

Memorial donations in his honor can be made to the Coles County Animal Shelter. Online condolences can be expressed at www.schillingfuneralhome.net or on the Schilling Funeral Home Facebook page.