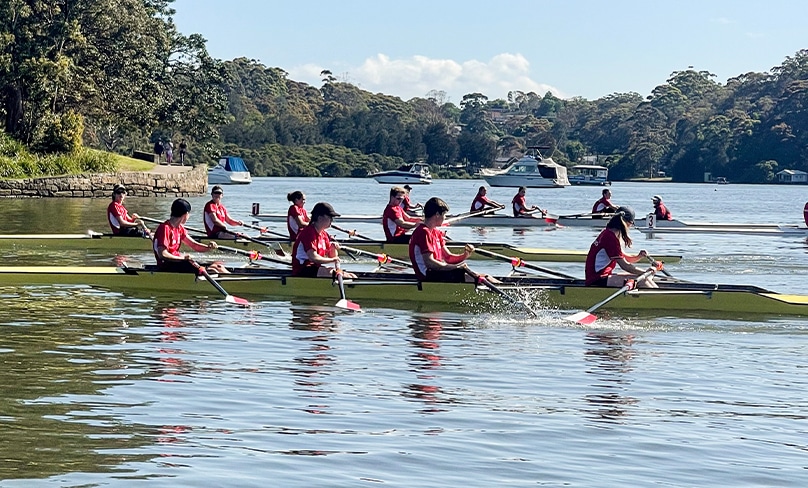 No room for prima donnas: students learn that when it comes to rowing, everyone has to be in sync – all the time and no matter what

On a picturesque Sunday morning, pupils from various Catholic schools gathered at the St George Rowing Club to row their boats – but not gently down the creek.

Instead, spectators were treated to lightning speed, phenomenal displays of power and races too close to be advertised at the Sydney Catholic Schools Mini Rowing Regatta (SCS) .

In the lead up to the regatta, the students were given a new opportunity to learn and develop their skills in the sport through a five-week basic rowing programme.

The partnership between the club and the SCS has opened up opportunities for students like Robert Ollivier of De La Salle College Caringbah who want to continue playing the sport.

“My dad was rowing in high school and he was competitive, so when it [opportunity] came out, me and my best mate wanted to do it,” the 10th grader said.

“I’ve enjoyed it the whole time – so who knows where I’ll end up in the future?

“These kids could join my rowing group at the club right now… That’s how we designed the program, so when they’re done they have the membership and the ability to continue afterward”

“But I want to represent my school and row with the club.”

The route Robert wants to take is also the one encouraged by St George Rowing Club manager and vice-captain Mark Featherstone.

“These kids could be joining my rowing group at the club right now,” he said.

“That’s how we did the program, so when they’re done they have the buy-in and the ability to continue after that.”

With the first basic rowing program being a success, SCS is offering two more identical sessions open to new participants, including those who may have missed the initial program due to its popularity.

The regatta gave the athletes the chance to show what they had learned over the five weeks through a number of races.

Supporters lined the quayside to watch, with sausages sizzling in hand and music playing in the background, creating the perfect atmosphere for the rowing festival.