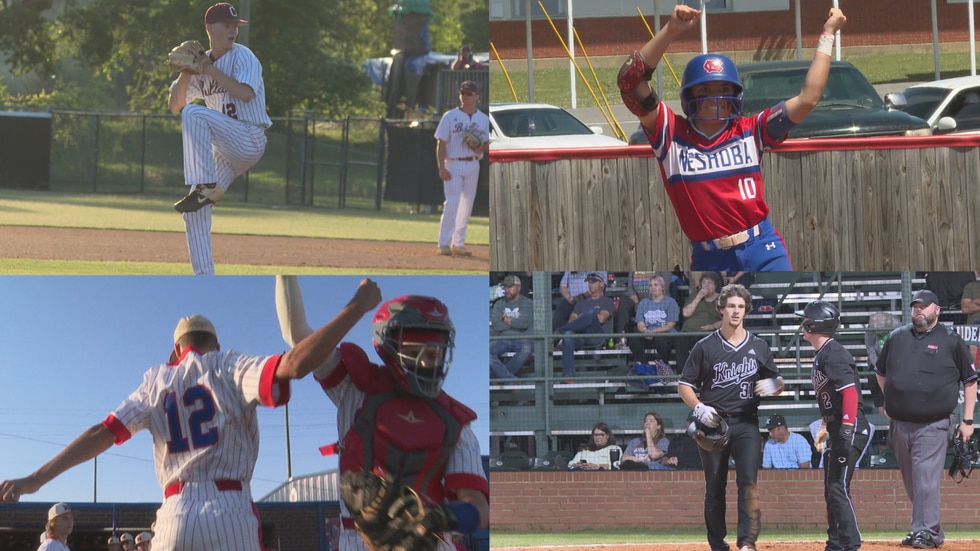 Miss. (WTOK) – Round 3, Game 2 for the MHSAA playoffs on Saturday. Here are the local scores!

Clarkdale- The Clarkdale Bulldogs hosted St. Stanislaus in Game 2. The Bulldogs won Game 1, so no pressure in Game 2. But Walker Swearing would continue to shut down the Rock A Chaws. Swear delivered 14 strikes in Clarkdale’s 7-2 victory. The Bulldogs sweep St. Stanislaus and advance to the 3A South State Championship. They will play the winner of Southeast Lauderdale and Seminary.

Neshoba Central- The Rockets hosted New Hope in Game 2 of the playoffs. New Hope head coach Lee Boyd was revisiting his old stomping grounds. He spent a few seasons coaching at Neshoba Central as an assistant coach. The Rockets started with an eight-leveler, Will Garner, on the mound. New Hope would take a 2-0 lead after the first. The Rockets, Demarkez West would walk first. Pepper Agent will hit a ball and get an RBI as the Rockets tie the game. Neshoba Central will win 5-3 at home and advance to the next round.

Lake- The Hornets drop Game 2 at Pisgah 18-2. The third match will be played on Monday.

Business– Enterprise defeats Wesson on the road 10-0. The Bulldogs will play in the Southern State Championship!

Neshoba Central- The Lady Rockets would score late in the second on an RBI brace from Mauhree Jones. Miley Thomas comes up to bat and will send Jones home with another RBI double. Ole Miss commits and Rockets senior Tenley Grisham takes over as the Rockets lead 2-0. She also hits an RBI double. The Rockets win Game 2 9-2 against Saltillo. The third game will take place in Saltillo on Monday.

Newton County- The Lady Cougars get swept away by Sumrall after losing Game 2 3-1. They end their season 23-8.

Lake- Lake advances to the 2A South State Championship after defeating Stringer 11-5.

St. Peter’s Catholic School statement after plague of ‘out of control’ children in Solihull near McDonald’s