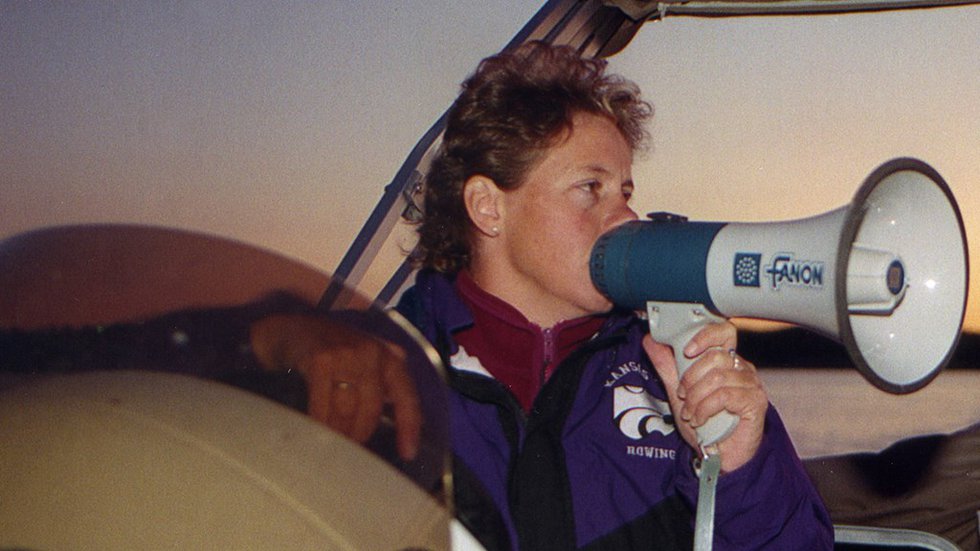 On June 23, 1972, President Nixon signed into law Title IX, prohibiting sex discrimination in educational institutions that receive federal funding. Title IX was widely seen as the stepping stone for women’s high school and college sports to get to where they are today — but the fight for equality is far from over. Every Thursday night at 10:00 p.m. leading up to the 50th anniversary of the law’s passage, 13 Sports will honor the women who have changed the game for girls and women’s sports in Kansas.

“IX at 50: Pioneers of Women’s Sports in Kansas”

MANHATTAN, Kan. (WIBW) — When K-State’s rowing program became a Division I sport in 1996, Jenny Hale — a former Harvard rower herself — decided to start the program over from scratch.

“We just grew it, you know? It was a lot of hard work. Just me and an assistant coach at the start,” Hale said. “What I found at K-State was that there was genuine value in having a competitive program. That’s why I took the job.

Hale recruited wherever she could: at local basketball games, volleyball games, and even outside of the student union.

It was there that she met Sara Swan Busse.

“It’s really just that personal connection when someone comes up to you and lets you know you’re worthy,” Busse said. “Here is an opportunity for you. And that’s exactly what she did.

Busse is one of more than 400 student-athletes Hale has coached over her seven years.

“She transmitted to us to have a fire in our stomachs for rowing and for life,” said Busse.

“It just floored me,” Hale said. “I was speechless.”

“It’s a community you can belong to, whatever your position in life, whatever your identification, whatever your economic level – it’s a place where everyone can sit down and come together. as a team and change your life,” Busse said.

The hope is to have more Wildcats on the water, while honoring the woman who started it all.

“It comes back to you and you realize you made a difference,” Hale said.